Monash University’s SensiLab is exploring new ways to build creative partnerships between people and computers at this year’s Melbourne Knowledge Week (May 7-13). 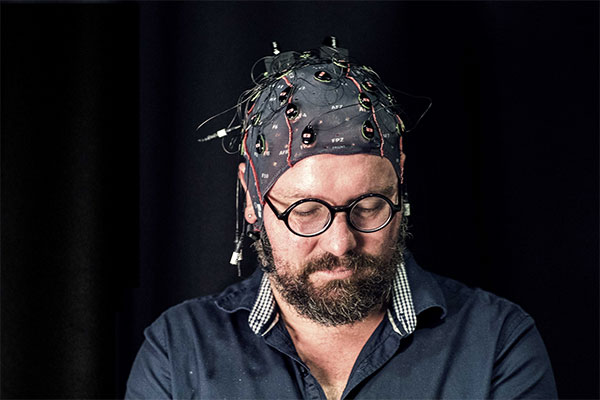 Monash University’s SensiLab is exploring new ways to build creative partnerships between people and computers at this year’s Melbourne Knowledge Week (May 7-13).

Accelerating the creative process to support people achieve creative states akin to a major discovery is the aim of the research led by IT experts at SensiLab.

During Melbourne Knowledge Week, Participants will be invited to engage in a session of unguided improvisation using different computer interfaces while wearing an electroencephalograph cap.

Researchers will then measure brain waves and other biometric data to determine which computer interface is having the greatest impact on their creativity.

Principal Investigator and SenisLab Director, Professor Jon McCormack said, while computer systems support the production and organisation of creative outcomes efficiently and effectively, the vast majority of them are founded on the assumption that end-users supply all the imagination.

"For far too long computers have been conceptualised as reactive, not creative," he said.

"What if the computer could act more like an equal, or at least as an inspirational assistant, understanding an artist’s style and abilities, interacting with them as they generate new art?

"A computer interface could challenge your idea, make it better, or even anticipate mistakes before you’re aware you've made them. These systems will encourage learning and participation by adapting to each individuals style and technical abilities, developing in empathy just as the human’s own creative abilities mature." Professor McCormack said.

More details about the research and how you can participate can be found here.