Why digital tools will support – not replace – humans in healthcare 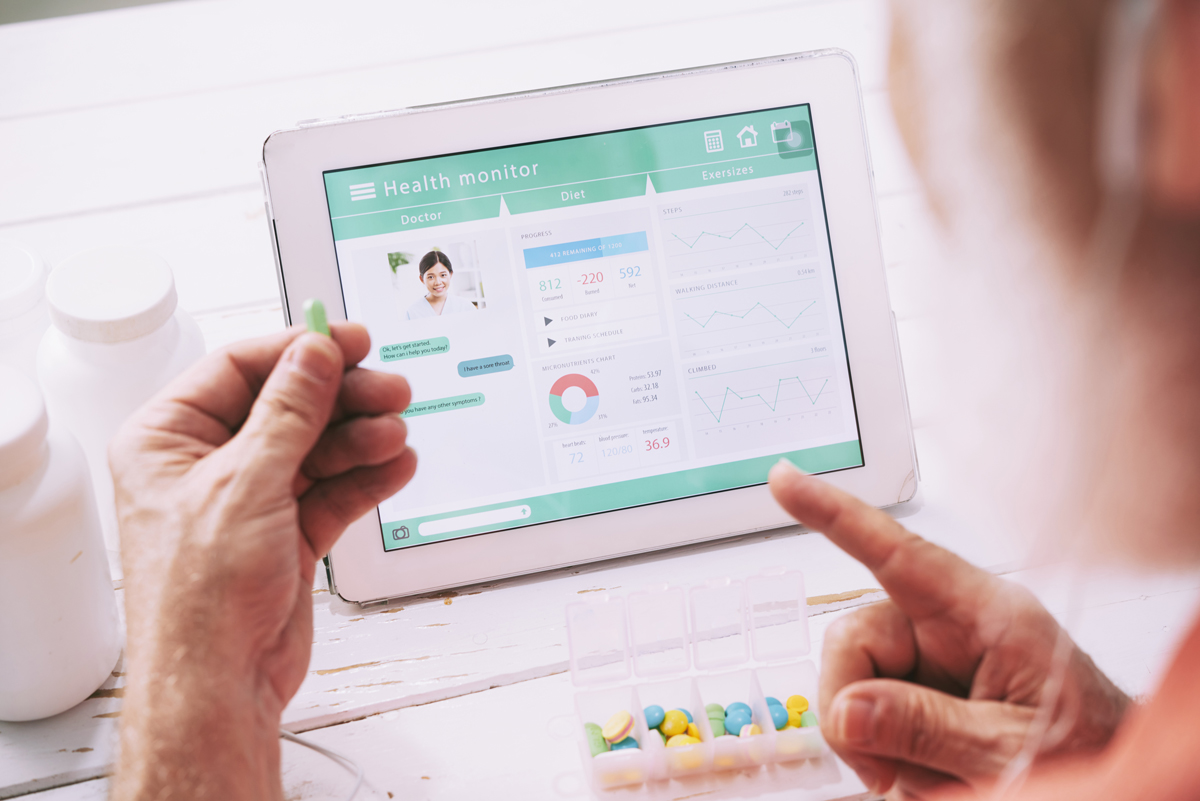 One thing stands out in particular when Professor Chris Bain reflects on his former career as a medical doctor: the commitment to care he saw in healthcare professionals at the bedside.

“The connection of one human to another human, that’s what’s so important in patient wellbeing,” says Professor Bain.

“We do the caring, hard working part really well in the Australian hospital system.”

Professor Bain is the inaugural Professor of Practice in Digital Health in the Faculty of Information Technology (IT), Monash University.

“Digital health is the use of digital tools and interventions in wellness and healthcare,” Professor Bain explains.

“This is an applied field. We’re not trying to replace how healthcare takes place in terms of personal interactions, but to support it.”

Chris and his colleagues are also working on new telehealth consulting technology so senior, experienced doctors based in cities can treat people in regional and remote Australia. Such patients wouldn’t typically have access to these clinicians without significant travel.

Rare combination of medical and IT expertise

Professor Chris Bain completed his medical degree in 1990, and spent 12 years working as a doctor in hospitals, in GP clinics and as a locum. Towards the end of this time he began his IT training.

Both sets of skills are vital in his current career.

“I did a Masters in software design and programming, worked in various health information roles in hospitals, and then later completed a PhD in information systems,” he says.

“I joined Monash in 2017, which was my 27th year working within hands-reach of real patients in the Australian medical system.”

It’s this rare combination of experience – working across the practical and scientific aspects of both medicine and IT – that gives Professor Bain a unique capacity in his digital health leadership role.

“Computers work literally by using ones and zeros to make decisions,” he says.

“That’s very absolute and very precise, but the key is knowing when that capability is useful in healthcare and when it’s not.”

Professor Bain says the idea of digital tools in health can make some people fearful.

“Doctors and nurses will always work with patients: a machine or a robot is never going to replace a human connection,” he says.

“But where technology can be useful in health is in supporting some decision-making tasks, in communication and in managing data.”

On the data management front, researchers in digital health at Monash IT are working on a tool that can be used in hospital emergency departments to provide estimates of waiting times [link to emergency story].

“The tool aggregates data about what the emergency room is already dealing with, and then spits out a waiting time number,” Professor Bain explains.

“This is really useful information for ambulances trying to decide which hospital to travel to, but also to give patients some indication of how long they can expect to sit in the waiting room.”

“Nobody comes in with a label on their head telling you what their diagnosis is,” says Professor Bain.

“If we can use appropriate technologies to help clinicians get it right, to support them in treating patients quickly and effectively, that’s a good thing.”

Monash IT’s development of a COVID-19 treatment model [link to emergency story] is one example of data-supported medical decision-making that may soon be in practise.

Professor Bain talks about sepsis – a bacterial infection that spreads rapidly through the body – as another useful case study. Sepsis is an emergency and a leading cause of death in hospitals across the world: one example is meningococcal sepsis (often accompanied by a blotchy, purple rash).

Researchers in the UK and USA have developed a model – they call it the AI Clinician – using data from patients who have already been through sepsis to guide decision-making for better outcomes in new cases. This is a kind of machine learning, where thousands of data points describing clinical characteristics and outcomes of former patients create a body of experience that can be drawn upon. It’s more data than a human brain could manage to compute on its own.

The researchers found that the trained AI Clinician was able to identify the most effective treatment doses to prevent death due to sepsis.

“So maybe this sort of tool will one day be useful in some settings, like a regional hospital where you have a relatively junior doctor trying to manage very sick patients on their own,” Professor Bain says.

“Of course, the key in moving forwards towards this being used in real settings will be in determining when you trust the system, and when you need to override it. Humans must still be the ones in control.”

Another prototype digital health tool has been developed by researchers in China. It focuses on boosting effectiveness of screening for bowel cancer through analysing visual information during a colonoscopy.

The AI was shown to increase the rate of detection of small pre-cancers that doctors had missed.

There’s now strong evidence from around the world that technology will bring considerable benefits to our healthcare systems. In developing digital tools that meet health needs through complementing the skills of clinicians, Professor Bain and his colleagues at Monash IT are leaders in this rapidly evolving, exciting area of clinical care.