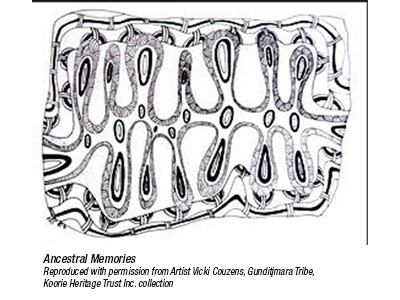 Koorie Archiving: Trust and Technology 2004-2010 was a collaboration between Monash researchers in the Faculty of Information Technology and Monash Centre for Australian Indigenous Studies, the Public Record Office of Victoria, the Koorie Heritage Trust Inc., the Victorian Koorie Records Taskforce, and the Australian Society of Archivists Indigenous Issues Special Interest Group in partnership with Koorie communities. It was funded by an Australian Research Council Linkage Project Grant and Collaborative Internet Innovation Fund (CIIF) of the Victorian Department of Innovation, Industry and Regional Development.

In this foundational project, Interviews and focus groups were held with members of Koorie communities across Victoria including members of the Stolen Generation. They wanted to know about and access records relating to them in archival custody, to be involved in decision-making about the ownership, custody and preservation of the records, to be consulted about who can access the records, to add their stories to the record, and to have a suite of rights in records, including collective rights. Many viewed all ‘official’ records that relate to them as their own records, yet many institutions and organisations that house and control these records view them very differently. This project found that policies, processes and systems in Western recordkeeping and archival traditions are based on particular constructs and values relating to control, access and privacy are fundamentally different from, and possibly irreconcilable with, the knowledge paradigms in Indigenous communities.