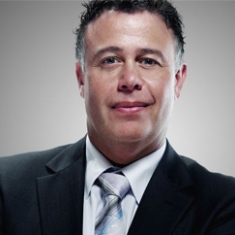 In October 2014 it was announced that Mr Weisler had been appointed president and chief executive officer of Hewlett Packard Inc., Hewlett Packard’s new personal systems and printing company. It is expected that he will take on this new role in late 2015.

Mr Weisler has more than 23 years’ experience in the IT and telecommunications sector, having held numerous key executive positions in the across multiple countries.

Prior to his current role at HP, he served as the company’s senior vice-president and managing director of printing and personal systems in Asia Pacific and Japan.

Before joining HP, he was the vice-president and chief operating officer of Lenovo's product and mobile internet digital home groups. He was also the general manager of Korea, ASEAN and ANZ where he was responsible for Lenovo's complete business in these markets.

Prior to working with Lenovo, Mr Weisler was a general manager at Telstra, responsible for the conferencing and collaboration products and services division.

In mid-November 2014 Mr Weisler was named amongst Business Insider Australia’s '50 Most Powerful People In Enterprise Tech In 2014'.