A first for Digital Health at Monash 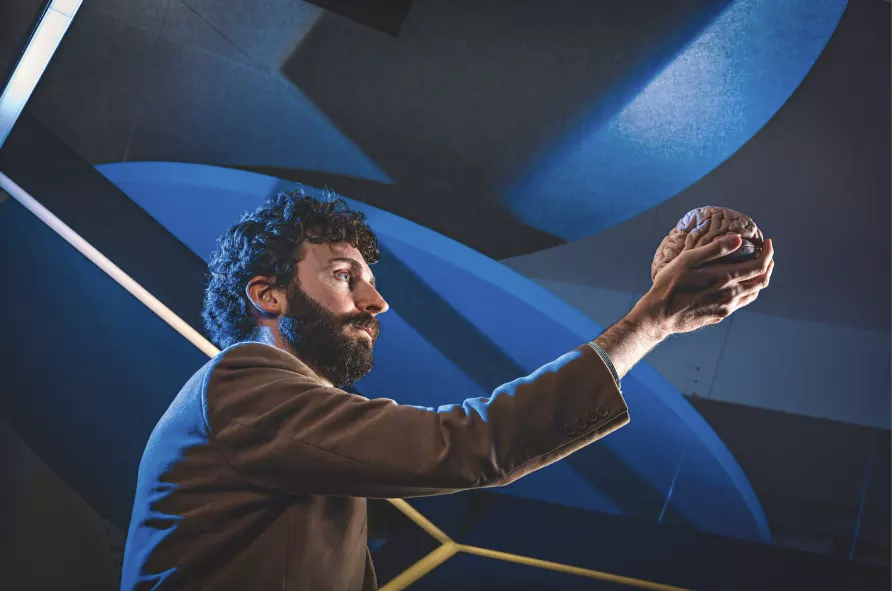 He is the first Senior Lecturer in Digital Health at Monash University and joins FIT’s Data Science and AI Research Groups to expand its growing body of work and strategic direction in Digital Health.

This year, Dr Kuhlmann published a study in Brain: a Journal of Neurology that revealed epileptic seizure prediction is possible in a broader range of patients than previously thought, thanks to crowdsourcing more than 10,000 algorithms worldwide.

The research began with a global data contest in 2016, called the Melbourne University AES-MathWorks-NiH Seizure Prediction Challenge and ran on the data science platform Kaggle.com.

Dr Kuhlmann said the contest was a huge success, drawing more than 646 participants, 478 teams, and more than 10,000 algorithms submitted from around the world.

“Epilepsy affects 65 million people worldwide,” Dr Kuhlmann said. “We wanted to draw on the intelligence from the best international data scientists to achieve advances in epileptic seizure prediction performance for patients whose seizures were the hardest to predict.”

"Our evaluation revealed on average a 90 per cent improvement in seizure prediction performance, compared to previous results," he said.

"The hope is to make seizures less like earthquakes, which can strike without warning, and more like hurricanes,”

"Accurate seizure prediction will transform epilepsy management by offering early warnings to patients or triggering interventions, and I am looking forward to developing these further at Monash working in collaboration with the faculty of medicine and engineering.” Dr Kuhlmann said.

Dr Kuhlmann completed his PhD at Boston University in Cognitive and Neural Systems in 2007.