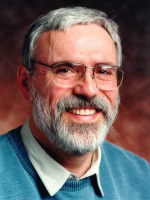 Abstract: Software developers are incessantly inundated with wave upon wave of offered solutions to their many pains (pains, which, unfortunately, are ultimately felt by their clients): third generation languages, object oriented programming, CASE tools, aspects, components, programming  frameworks, extreme programming, agile methods, to name just a few. Some of these have indeed had dramatic impacts on how software is developed, while others have proved mere passing fads, never fulfilling the potential claimed for them. One of the more recent entries in this multitude is model-based  software engineering (MBSE) also referred to sometimes as model-driven development. From its emergence in the 1990’s, this approach to software development along with its accompanying technologies have been promoted by their advocates as game changers, promising quantum leaps in productivity and  product quality. Following the initial excitement and hype generated around MBSE, its position in the limelight is now slowly fading, displaced by more recent cure-alls. While MBSE is being used in some enterprises, it is far from being the dominant software development paradigm that its proponents had  hoped for. For many software professionals, its relevance and impact are unclear at best.

In this talk, we first examine the essential precepts of MBSE and the value proposition claimed for it. Next, in order to understand the reality behind it – as opposed to the hype, we review current experience with the use of MBSE in industry, based on a systematic and thorough survey of published  data. We conclude with a critical assessment of the actual impact that MBSE has had to date and what the future might hold for it.

Speaker Bio: Bran Selić is President of Malina Software Corp., a Canadian company that provides consulting services to corporate clients and government institutions worldwide. He is also Director of Advanced Technology at Zeligsoft Limited in Canada, and a Visiting Scientist at Simula  Research Laboratories in Norway. In 2007, Bran retired from IBM Canada, where he was an IBM Distinguished Engineer responsible for setting the strategic direction for software development tools. In addition, he is an adjunct professor at the University of Sydney (Australia) and regular lecturer at INSA  (Lyon, France). With over 40 years of practical experience in designing and implementing large-scale industrial software systems, Bran has pioneered the application of model-based engineering methods and has led the definition of several international standards in that domain, including the widely used  Unified Modeling Language (UML). In 2016, he was presented with a lifetime Career Award by the steering committee of the IEEE/ACM MoDELS conference in recognition of his contributions to model-driven technologies and practice.