The Visualising Angkor project explores the 3D generation and animation of landscapes, people, soundscapes and architecture in a medieval century Cambodian metropolis. The resulting scenes draw upon a wide range of archaeological and historical data, from bas­reliefs to Chinese eye­witness accounts and extensive archaeological mapping undertaken by the Greater Angkor Project and the EFEO.

Constructed in the 12th century, Angkor Wat is a world famous heritage site and the largest religious monument on earth. Although the temple’s stone architecture has been studied in detail, the wooden settlement that lay within the temple’s enclosure has only recently been uncovered through airborne  Lidar surveys.

In 2015, a team of researchers from Monash University’s sensiLab commenced an explorative study to test hypotheses from historians on how the Angkor Wat complex might have operated almost a thousand years ago. Using simulation technologies and an extensive, evidence based 3D model library, they  crafted a comprehensive virtual reconstruction where hypothetical scenarios may be tested in realtime. In contrast to broad scale archaeological studies that plot change over centuries or millennia, this simulation seeks to visualise only 24 hours: a day in the medieval life of Angkor Wat.

The impact of this research has already been significant. Visualisations of daily life at Angkor have featured in National Geographic, the Google Cultural Institute and have subsequently been licensed to ABC Digital Education as a teaching resource. The investigation is also extremely timely given that  Angkor is now a subject of study in the Australian national high school history curriculum. Find out more 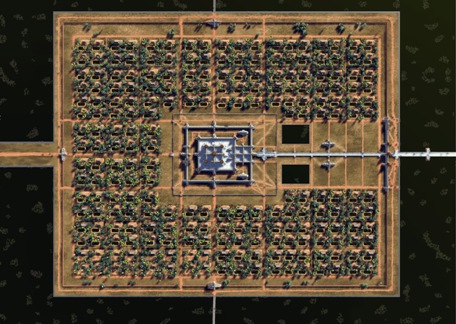