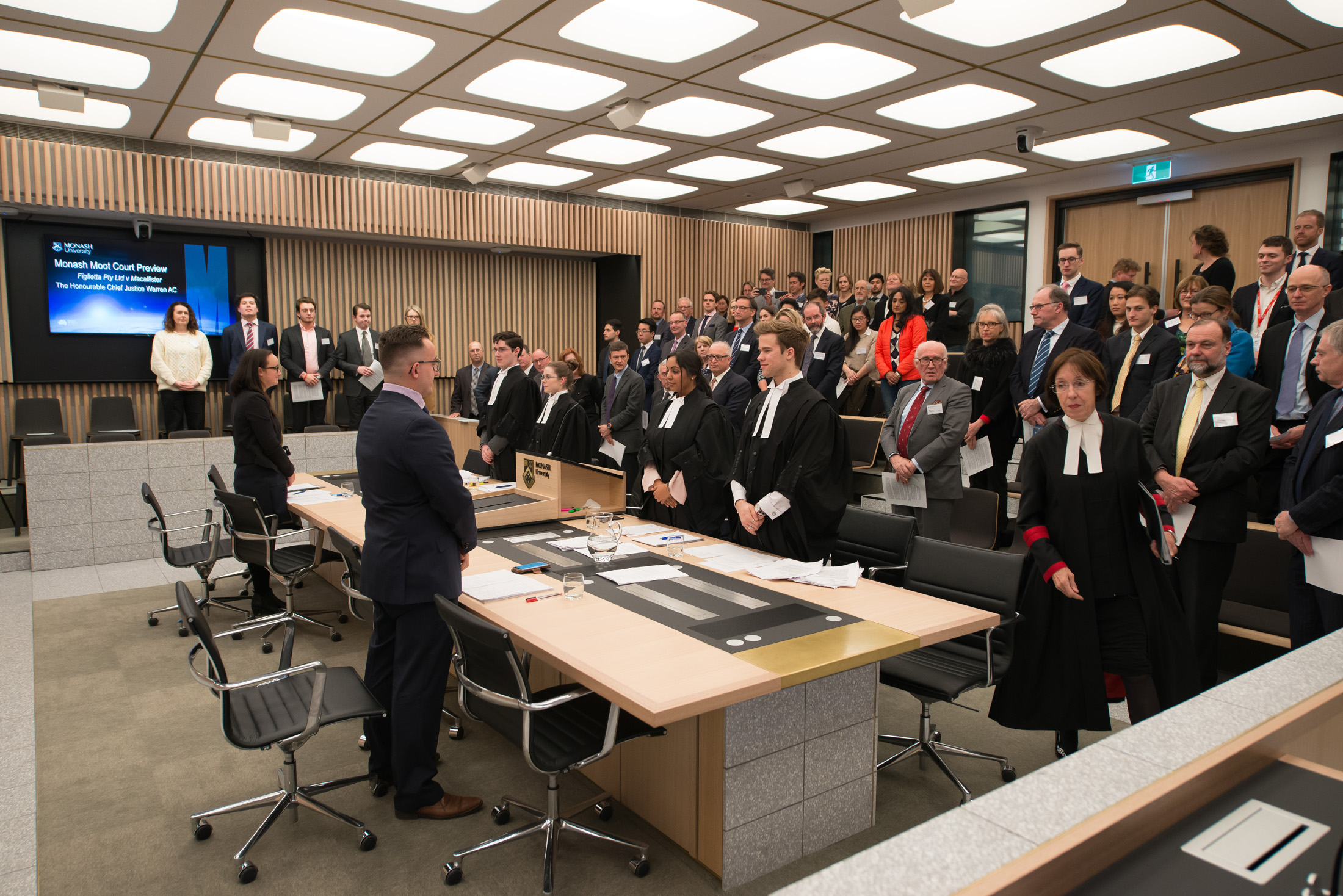 The Faculty was honoured to host The Hon. Marilyn Warren AC, Chief Justice of the Supreme Court of Victoria, who judged the moot and, along with Vice-Chancellor Professor Margaret Gardner AO, cut the ribbon to open this new and exciting facility.

In her welcome address to a full room of alumni, staff, students, and members of the legal profession, Professor Gardner praised the Faculty of Law for its ‘reputation for excellence in teaching and research that is truly ‘world class’, as reflected in the Faculty’s recent ranking successes in the Academic Ranking of World Universities and QS World Rankings.

As the Vice-Chancellor noted, the new facility is "more than just a Moot Court; it is a state of the art multi-functional facility". Indeed, it is a best in class space for:

You can take a 3D tour of the Moot Court here.

Written by our Mooting Convenor, Dr Lisa Spagnolo, the moot itself updated the landmark ‘snail in the bottle’ case for the 21st century. It comprised two highly-accomplished student teams, as follows:

The appearances before the court were outstanding to say the least. Her Honour was extremely impressed with the students, commenting that they each have exciting careers as barristers ahead of them. She also mentioned how enjoyable it was to judge the event and what a positive feeling there was in the room.

It was truly an exciting introduction to this state-of-the-art facility; there are so many opportunities to use it in innovative ways in the months and years to come.

The Faculty looks forward to continuing to work with Her Honour into the future.

Check out the full proceedings on opening night here.