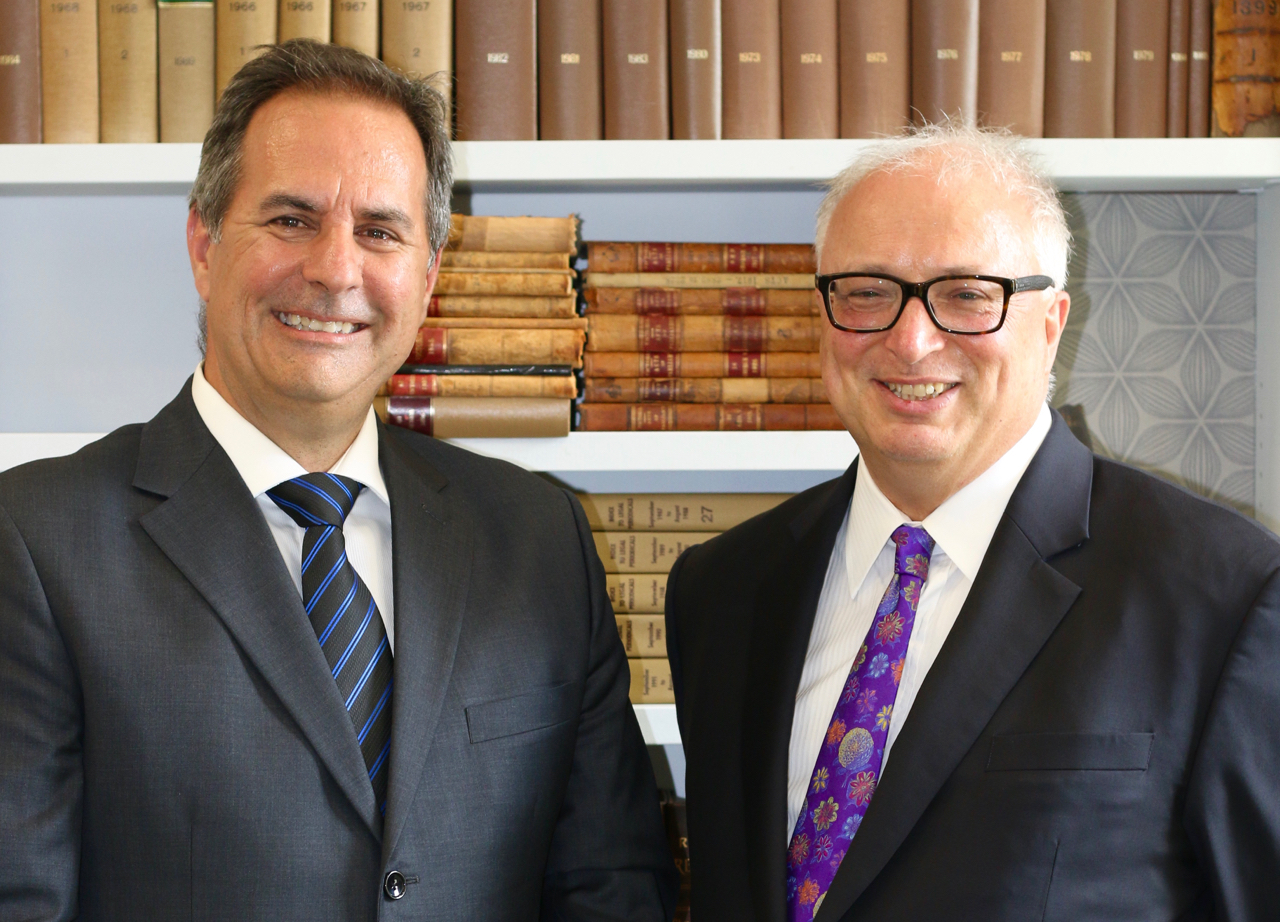 Professor Jean Allain with Professor Bryan Horrigan, dean of the Faculty of Law.

The Faculty of Law is proud to welcome Professor Jean Allain to Monash University.

Professor Allain has most recently occupied the Chair of Public International Law at Queen's University, Belfast. His principal research is in human rights and he is in particular a world-leading expert on the law of slavery. In 2015 Professor Allain was appointed a Special Adviser to Anti-Slavery International, the world's oldest human rights organisation. His most recent major work is the monograph entitled The Law and Slavery: Prohibiting Human Exploitation (Martinus Nijhoff, 2015).

In 2016 Professor Allain returned to the Inter-American Court of Human Rights in Costa Rica to give Expert Evidence in a case related to slavery and forced labour in Brazil. In its October 2016 judgement, the Court, citing his work extensively, lifted concepts developed by Professor Allain into the realm of international law, in particular with regard to the concept of modern slavery.

Professor Allain also has a strong interest in the history of international law and is co-investigator on a major project to translate classic public international law texts from outside the western European tradition, including Islamic, Chinese, Indian and Russian approaches.

Professor Allain has consulted widely to international organisations and has held major research grants from bodies including the Arts and Humanities Research Council (UK); the British Academy; the International Council for Canadian Studies; the Joseph Rowntree Foundation; and the Rockefeller Foundation. From 2010 to 2012, he was a UK Leverhulme Research Fellow.

Professor Allain has a wealth of global experience. Raised in Canada he wrote his master's thesis at the Inter-American Court, completed his Doctorate at the Graduate Institute of International Studies of the University of Geneva, clerked for the President of the International Tribunal for the former Yugoslavia in The Hague, and taught at the American University of Cairo. Further, he holds visiting positions both with the Centre for Human Rights at the University of Pretoria in South Africa, and the Faculty of Law at Beijing Normal University.