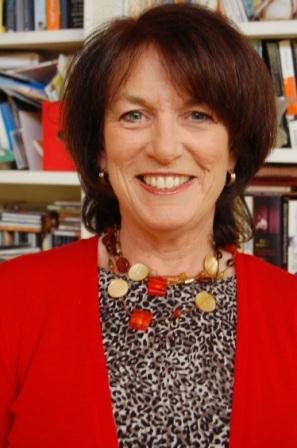 Short biography: Bronwyn Naylor practised as a solicitor before joining the Law Reform Commission of Victoria, and then taking up a position in the Law Faculty at Monash University. Her research interests include criminal law, criminal justice and corrections, and law and gender.

Bronwyn is Director of the LLB Program and is an Associate Chair of the Monash University Human Research Ethics Committee. She is also a Director of the Alternative Law Journal.

Law reform work on defences to homicide (provocation and self-defence) and sexual assault have raised real intellectual and political dilemmas and have at the same time been difficult to have implemented. Gendered assumptions, perceptions of sexuality, and construction of masculinity all needed to be articulated and challenged.  Academic work is the most satisfying work I have done, with its combination of teaching, research and university business.  In the early days preparing for and giving classes was a challenge in itself, as a reluctant public speaker, but it's now one of the aspects of the job I enjoy most.

What advice do you have for lawyers and law students wishing to pursue careers paths focusing on positive social change?

Work with like-minded students and teachers. Look for Law Reform Commission and government/non-government organisation policy jobs. Volunteer at Community Legal Services. Do internships with (e.g.) the Castan Centre.  Do further study such as a PhD in an area you see as calling for change, and then take up an academic position, where you can teach new lawyers, engage in valuable research, and have the academic freedom to offer constructive social critiques.

Do you have any advice for law reformers starting out?

Make submission to government inquiries. Get involved with CLCs and participate in their working groups. Take courses such as Professional Practice or similar clinical opportunities, and Law Reform and Community Development (or similar) units at your university.  Use social media - write blogs, tweet and so on - to get a profile and make a difference.

Do you have any advice for law reformers who have been in the game for a while?

Some reforms are achieved after years of work, advocacy, recommendations etc. - when they at last become acceptable/normal. Some reforms are achieved by a series of incremental reforms. It's useful to see what is being done in comparable jurisdictions so you're not re-inventing wheels and so you can show that reforms can work.  It's worth persisting.

What do you think will be a key area of law reform for Australia in the next 10 years and what will be the main challenges faced by those who work in the area?

National and state human rights instruments are essential but the challenges are and continue to be the politics of recognising rights where governments and communities fear loss of their current privileges, fear the rise of the marginalised ‘other', and see rights-focussed state interventions as "the nanny state". Introduction of the types of human rights protections seen as normal in much of the rest of the developed world will be harder as we elect conservative governments. Recent events in politics suggest that gender equality is also an area requiring continuing work.  The fear evident in some responses to Julia Gillard's Prime Ministership and the irrational hatred of a woman leader expressed by some (including the media) showed how far we still have to go in taking women seriously in positions of power.