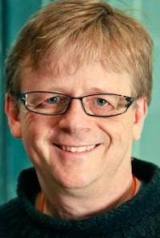 Short biography: Louis Schetzer has worked in community legal centres, legal aid commissions and Aboriginal legal services in Victoria, New South Wales and the Northern Territory since 1989. From 1999-2002 he was Director of the National Children's and Youth Law Centre, and from 2002-2004 he was manager of the Access to Justice and Legal Needs Research Program with the Law and Justice Foundation of NSW. From 2004-2008 he worked as a senior policy officer within the Victorian Department of Justice, managing several projects including the drafting and implementation Victorian Charter of Human Rights and Responsibilities and the Gateways to Justice project, which sought to improve access to justice for disadvantaged Victorians. For the last three years he has been working with the Public Interest Advocacy Centre, as senior policy officer with the Homeless Persons Legal Service. He is also currently undertaking a PhD with the University of NSW School of Law.

While my interest in human rights, social justice and Indigenous issues date back to my teenage years, my involvement and passion for public interest lawyering was really ignited as an undergraduate law student at Monash University, and particularly my participation in the clinical legal education program at Springvale Legal Service in 1987. My supervisors there were the late Tim McCoy and Simon Smith, both of whom became significant mentor figures. My time at Springvale allowed me to see first-hand the difficulty faced by people in serious disadvantage and poverty in exercising their legal rights, and how the legal aid and community legal centre movement can make a significant difference for these individuals. Tim and Simon had a significant influence on the careers of several public interest lawyers, who as students, went through the clinical program in that time. Tim's passing at the age of 31 was a tragedy and great loss to the legal aid movement.

My first position as a CLC lawyer commenced in 1990 at the North Melbourne Legal Service, which was then located on the massive Melrose public housing estate. The facilities were pretty grim, but the spirit and community resilience that was exhibited from the clients and the residents were extraordinary, and further fuelled my interest in community and public interest law.

As a CLC lawyer, probably the biggest challenge one faces is dealing with the relentless demand for services from disadvantaged people, with limited capacity and resources to access their legal rights. This combined with the chronic lack of resources for legal aid services in Australia, presents huge challenges for those of us who have worked at the frontline of CLC service delivery.

What does one say to a young single mother, who has experienced horrendous domestic violence and is being harassed by her ex-partner, facing a family law custody and access hearing in the Family Court from that same ex-partner and she can't get access to legal aid funding? She is facing the prospect of being unrepresented, and being cross-examined by the same person who has abused her and her child. The failures of our legal system become very obvious in such cases, and these are not uncommon for CLCs across Australia.

What advice do you have for lawyers and law students wishing to pursue careers paths focusing on positive social change? Do you have any advice for public interest lawyers starting out?

The law can only take you so far! I would encourage students and young lawyers to develop a diversity of skills and qualifications. Policy analysis, economics, strategic communications and multi-media abilities are all skills that can enhance one's pursuit of social change.  And in the same light, be aware of the importance of creative endeavours in facilitating social change initiatives - music, art, film-making, photography ...

The law is but one strategy and mechanism to utilise in working for social change.

I think that acquiring a diversity of skills and talents is crucial. It allows one to be innovative, creative and unpredictable in one's pursuit of meaningful and significant outcomes for the marginalised communities with whom we work.

And perhaps most importantly, involve the communities themselves in working to achieve social change. Look at creative ways for consumer participation. Ultimately it is their voices and their stories that can have the most power and influence on policy makers. Some of the most important campaigns with which I have been involved over the last 25 years have been those that have involved the community members most affected. Whether it was the families of fatal police shootings in Flemington/Kensington in the 1990s, or more recently working with homeless people in inner Sydney, the projects in which their voices were heard were the most effective and inspiring.

Do you have any advice for public interest lawyers who have been in the game for a while?

This is an area of law that can take quite a personal toll over a period of time, and it can be quite difficult to stay fresh and passionate, particularly when one observes one's peers from university advancing up the salary scale at a rate of knots, or becoming judges and magistrates.

One of the things I would recommend is to try and pursue diversity in one's career. Take time out of litigation to pursue positions that have a total policy or research focus. You can always return to litigation later on. I'm also a big fan of post-graduate study, particularly in other disciplines to enhance your skills. There are other areas in which you can look at undertaking courses, such as political science, economics, media, journalism, which can really refresh your outlook and approach.

The other area I have found refreshing is doing some university lecturing and teaching as part of the University of Sydney Law School's Clinical Social Justice Course. It's meant that I've come the full circle having started as a student in a clinical program, and now teaching in one. Teaching allows one to reflect on and impart one's experiences to a whole new generation of potential public interest lawyers.

Maintaining a healthy work/life/family balance may sound like a bit of a truism, but it is pretty important in this area. Don't neglect that vegie patch ...

What do you think will be a key are of law reform for Australia in the next 10 years and what will be the main challenges faced by those who work in the area?

I can't help but think we have not really begun to conceptualise the effects of environmental damage on a range of legal areas, but particularly immigration and human rights law. I think we will see a significant increase in international population movement due to environmental causes, particularly from the developing world, resulting in a greater numbers of people becoming refugees and seeking asylum. Our current intake of refugees and approaches to asylum seeking will not be able to cope with this, and we will need to develop a compassionate and humanitarian response to prevent humanitarian tragedies.

The other area in which I think we are still failing to come to grips, is the growing threats to privacy that are presented by the continuing advancements in the never-ending information and digital revolution. Our current privacy laws and the regulatory systems do not seem capable of keeping pace with the multi-media and digital information innovations with which we are continually confronted. Combined with the growing decentralisation of power from Governments and States, to large corporate and private-multi-national actors, the current accountability frameworks seem somewhat inadequate to respond to the possible threats to individuals' rights to privacy.