From 2003 to 2007, Dan Mori (often known by his first name, Michael or Major Mori) represented Australian Guantanamo Bay detainee, David Hicks.  After Hicks' transfer to Australia in 2007, Dan continued to serve in the Marines in California and Iraq while being promoted to the rank of Lieutenant Colonel.  He is retiring from the Marines following his recent assignment as a Military Judge in Hawaii.  He recently moved to Australia with his family and now calls Melbourne home.

The event was hosted by ABC's TV host Myf Warhurst.

Although it wasn't a perfect spring night, with the Melbourne weather being more reminiscent of winter, it didn't stop a sell out crowd of 370 coming along to Carousel on Albert Park Lake to support the Castan Centre for Human Rights Law.

The Centre's broad constituency was well represented, with members of the legal profession, academia, the corporate world, the community sector students and former interns mingling in the wonderful venue before the beginning of the official proceedings.

ABC TV host Myf Warhurst was the MC for the evening, and she opened the night in cracking style. After her introduction, the Centre's Director Sarah Joseph took to the stage to give a brief review of the Centre's achievements over the last 12 years and the current state of human rights in Australia.

Up next was the keynote speaker, Dan Mori, a retired Lieutenant Colonel in the US Marine Corps and most famously, the lawyer for Australian Guantanamo Bay detainee, David Hicks. After Hicks' transfer to Australia in 2007, Dan continued to serve in the Marines in California and Iraq while being promoted to the rank of Lieutenant Colonel. He retired from the Marines following his recent assignment as a Military Judge in Hawaii. He recently moved to Australia with his family and now calls Melbourne home.

Mr Mori proved to be an energetic and engaging speaker, beginning by thanking those in the audience who had made Melbourne so welcoming for him, including those who had mentored him during his time representing Hicks. He then moved on to his topic, the "mainstreaming of executive directed killings". He argued that "extrajudicial killings" - any killings that happen outside of the law - and "targeted killings" - which happen in war and can be lawful or unlawful - were not precise enough terms. According to Mr Mori, "executive directed killings" captures the heart of the issue: a member of the executive branch of government making a factual determination against a self-imposed standard, and using that determination to use force against a person.

Mr Mori suggested that the global community has gone backwards since enforcing the rule of law during the Nuremberg trials at the end of World War II. Even the Israeli response to the massacre at the 1972 Munich Olympics, although it involved assassinations, had to be a covert operation, simply because the world would not accept overt "executive directed killings". There was a tacit understanding that whilst such covert government operations might be deemed necessary, anyone caught in one would face prosecution.

Mr. Mori argued that the September 11 attacks and the subsequent War on Terror, changed this assumption. Now, he said, when a member of Hamas was assassinated in a hotel room in Dubai, there was more outrage over the use of fake Western passports than over the killing itself. He finished his speech by calling on lawyers to show integrity and courage by focusing closely on the issue of "executive directed killings". Quoting his former commandant, Mr. Mori said that courage consisted of "watching out for the oppressed, speaking up for the weak, taking a stand against injustice and doing so at your own expense."

Mr Mori also drew some unintentional laughter when, during an anecdote about a recent event which called on him to show some moral courage, he mentioned that he was "getting on a plane to Perth". It wasn't until Centre Deputy Director Paula Gerber pointed out in her thank you speech following Mr Mori's address that it had sounded as if he was suggesting one needed moral courage to fly to Perth that he realised he'd inadvertently waded into parochial Australian rivalries.

With the formal part of the evening over, and the main courses cleared, it was time for the charity auction. Expertly managed by Will Fowles, the auction saw some fast and furious bidding for the fantastic items available, including lunch with former High Court Judge Michael Kirby and a signed copy of Kevin Rudd's Apology to the Stolen Generations.

Following on from the Centre's first human rights gala in 2010, which celebrated its 10th anniversary, this was another wonderful night for the Centre's supporters. The funds raised at the dinner will be used for some of the Centre's most important projects, including the Accountability Project, which aims to hold governments responsible for their human rights obligations, and the Global Internship Program, which nurtures the human rights leaders of tomorrow by sending outstanding law students to the world's leading human rights organisations. 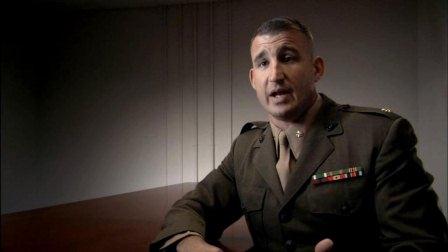 Dan Mori during his time as David Hicks' defence lawyer

Our biennial human rights gala dinner is a major fundraising event for the Centre. Visit our Auction and Raffle Items page to see the fantastic auction items and raffle prizes offered.