Rainbows in the Court Room. How the Law Can Protect Our Environment

Watch the full video of the event on our YouTube channel. 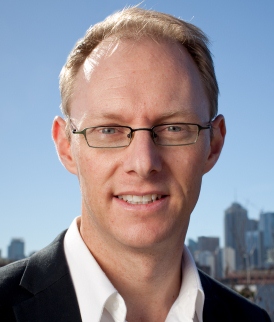 By the end of the century, scientists predict that without serious policy changes the world's temperature will rise by four degrees Celsius. According to the World Bank, the effects of this rise would be devastating: "the inundation of coastal cities; increasing risks for food production potentially leading to higher malnutrition rates; many dry regions becoming dryer, wet regions wetter; unprecedented heat waves in many regions, especially in the tropics; substantially exacerbated water scarcity in many regions; increased frequency of high-intensity tropical cyclones; and irreversible loss of biodiversity, including coral reef systems." At a Centre event, held during a nine day record breaking heatwave, David Ritter, CEO of Greenpeace Australia, spoke about these effects of climate change and the way the law can be used to protect our environment from this devastating future.

After presenting these harrowing facts, Ritter posed an important question to the audience: how can the law address this threat of climate change? Historically, the law has done very little to protect the natural world. Ritter argued that the law and the courts are limited in their ability to protect the environment, as seen in Greenpeace's failed case against the Redbank power station in 1994. The Redbank case was the first Australian case to consider climate change, however the court found that "it is a matter of government policy and not for the courts to impose such a prohibition." Through an analysis of the Redbank case, and subsequent cases, Ritter claimed that our legal system has proved largely impotent in preventing dangerous climate change, and thus our current systems of law and institutions are failing us.

Ritter compared the challenge of climate change with his previous experience working on native title cases to argue that when systems of law and governance are perceived as unable to deal with widely recognised social problems it can result in a crisis of legitimacy. It is through this perspective that Ritter argued for the use of legitimate forms of civil disobedience to progress law and policy towards addressing climate change. Quoting John Rawls, Ritter argued that civil disobedience is a "public, non-violent and conscientious breach of law undertaken with the aim of bringing about a change of law or government policies." Thus the act of civil disobedience does not entail a sense of disrespect for the law or its agents but indeed is foundational to a thriving pluralist liberal democracy. Indeed, according to Ritter, "civil disobedience forms a precious part of Australia's democratic heritage," and he further added that "Greenpeace has long been part of this heritage."

Ritter then drew upon the example of the Kingsnorth Six to show how civil disobedience can be used to change the law to protect the environment. In October 2007, six protesters were arrested for breaking into the Kingsnorth power station in the UK and attempting to shut it down. They were all acquitted after arguing that they were legally justified in their actions to prevent climate change from causing greater damage to property around the world - far greater than the damage they had caused to the power station. It was the first case in the world in which preventing property damage caused by climate change has been used as part of a "lawful excuse" defence in court. Furthermore, the actions of the group were highly effective in preventing the construction of a new coal fire power station in Kingsnorth, leading Ritter to argue that civil disobedience is a powerful tool for social and legal change, and he called for more protests in the same vein.

Focusing more closely on Australia, Ritter addressed coal exports and the destruction of the Great Barrier Reef, both of which point to a particularly bleak outlook for Australia in terms of climate change. By 2025, Australia's coal industry exports could be responsible for 1, 200 million tonnes of carbon dioxide pollution annually. Taken together with our domestic emissions of 500 million tonnes, these emissions lock us into a path towards a four degree future unless critical action is soon made. Ritter argued that while both sides of government are aware of these issues, they are failing to act - "they know the problem but they dare not speak its name, a menacing hush grips our politics on this issue."

In closing, Ritter called upon lawyers, law students and academics to support the environmental movement. Much like native title, lawyers are needed to help the cause: "we need lawyers who can do the work and take the test cases. We need you fighting for law reform, we need you searching the common law for useful concepts, we need your very generous offers of pro bono assistance, we need you providing legal support to activists and campaigners, we need defenders of civil disobedience and we need you agitating the idea that a legal system that permits this to occur is necessarily experiencing a crisis of its own legitimacy."

Check out these photos from the event on our Facebook page.

A graduate of the University of Western Australia and the London School of Economics, David Ritter is the Chief Executive Officer of Greenpeace Australia Pacific. He is also an Honorary Fellow of the Faculty of Law at the University of Western Australia. Formerly one of Australia's leading native title lawyers, David's books to date include Contesting Native Title and The Native Title Market. David is a regular contributor of op eds to public debate in Australia and is a columnist for the London journal Global Policy. David returned to Australia to take up his current role last year, after five years working for Greenpeace in London.