Seeking security: Refugee policy in a time of complexity and change

Watch the full video of the event on our YouTube page.

With the human rights of refugees and asylum seekers in Australia being increasingly undermined, the need to find a more stable and humane response has never been more urgent. In February, the Castan Centre hosted Alex Pagliaro, the Refugee Campaigns Coordinator for Amnesty International, and Associate Professor Harry Minas, Director of Melbourne University's Centre for International Mental Health. Each gave their views on the current state of refugees' rights, and the potential for progress.

Pagliaro has witnessed first hand the conditions on Nauru, visiting with her Amnesty colleague Graham Thom in November 2012. Accommodation is provided by tents, in a site which is basically a large gravel pit. The enervating effects of Nauru's intense tropical climate are compounded by the ‘No Advantage' principle, which condemns asylum seekers to staying in detention for the same period of time as they would have waited for resettlement to Australia via its "offshore" migration program. As a result, asylum seekers' mental deterioration has been so extreme that nothing Pagliaro had witnessed at other detention centres such as Christmas Island and Curtin prepared her for what she saw there.

At home, bridging visas no longer attract work rights, while negative ASIO security assessments keep more than 60 genuine refugees in indefinite detention. Immigration officials are also "screening out" asylum seekers, said Pagliaro, repatriating them if they decide after a brief interview that the person does not fit the definition of a refugee. The detention of children is again being employed, with the Government sometimes renaming centres or parts of centres as "alternative places of detention" to comply with their policy of not placing children in detention centres.

According to Minas, political channels no longer offer opportunities to redress these violations, as both sides see electoral benefit in pursuing ‘tough' policies. After eleven years serving on the Minister for Immigration's Council on Asylum Seekers and Detention and its predecessor bodies, Minas resigned last year, seeing no chance of influencing policy positively from that position. "I'm a bit slow", he quipped. "Eventually even I understood that things were heading in an appalling direction and that there actually was no possibility of having an impact on the direction that was being taken".

Contrary to most commentators, Minas sees a ‘regional solution' as neither plausible nor sufficient to manage refugee flows. Firstly, no countries in the region will be willing to undertake international obligations (under the 1951 Refugee Convention and 1967 Protocol) without some attached benefit. Secondly, Australia cannot ask others to meet obligations which it ignores: universal ratification would be useless if each nation excised their entire territory from their migration zone, as Australia is planning to do. While approximately $4 billion is being spent on offshore processing facilities, just $10 million has been dedicated to regional capacity building. In other words, said Minas, Australia's policies undermine any potential regional framework.

Minas highlighted Australia's ‘deterrence' policies and labelled them part of the "securitisation of asylum": forced migration is seen (and presented) as an issue of state-based security, with asylum seekers being increasingly represented as a threat to the security of states rather than as people with a right to protection. While this portrayal is inconsistent with facts and reason, public support for tough measures indicates that its premises are accepted.

Treating asylum seeking as a matter of state-based security is ineffective and inappropriate in the context of a globalised world, in which states' security is interdependent. "Human security", according to Minas, offers a more practical and ethical alternative concept. It accepts that asylum seekers are a global issue (eighty per cent of displaced persons are hosted in developing countries), with many causes.

As the United Nations General Assembly has stated, human security is intended to complement rather than replace state security, and actually strengthens it by reducing irregular migration. In view of this, Minas' prescription for Australia involves a two-step process. First, it must determine what an ethical asylum seeker policy looks like. Mandatory detention, for example, which damages individuals in the shorter and longer term, is inconsistent with individual empowerment. Second, the human security framework that is already an essential conceptual framework in Australia's aid programs should be mirrored in the displacement context, in source and transit countries, and in our treatment of asylum seekers. Given that only a fraction of the global refugee population can be resettled, this must be implemented proactively beyond our own borders. These efforts reflect a "Convention Plus" approach: the Refugee Convention should be re-affirmed when it applies, but we must do more for those whom it does not protect (for example, climate refugees and internally displaced persons). This cooperative challenge is considerable, but Australia should build on its legacy of international leadership.

In winding up the evening, Castan Centre Deputy Director Tania Penovic mentioned the recent parliamentary inquiry into the bill to excise Australia from its own migration zone. The inquiry received a little over 30 submissions, but an inquiry into a similar bill by the Howard Government in 2006 received over 130 submissions. In these circumstances, it was heartening, Penovic said, to see a capacity audience on hand. Her anecdote served as a reminder to those present that if they care about Australia's treatment of asylum seekers, they must continue to be vigilant.

Check out these photos from the event on our Facebook page.

Associate Professor Harry Minas is the Director for the Centre for International Mental Health of the Melbourne School of Population Health at the University of Melbourne. He is also the Director of the Victorian Transcultural Psychiatry Unit at St Vincent's Health Melbourne and Co-Director of the WHO Collaborating Centre on Research and Training in Mental Health and Substance Abuse. He was an a member of the Immigration Minister's Council on Asylum Seekers and Detention (and its predecessors) from 2001 to 2012. Associate Professor Minas is a psychiatrist working in three broad areas including; mental health system development, particularly in low-resource and post-conflict settings; culture and mental health, with a focus on mental health of immigrant and refugee communities and the development of services for culturally diverse societies; and the human rights of people with mental illness.

His current honorary positions include: 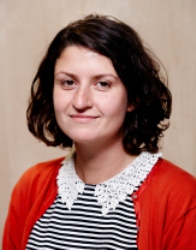 Alex Pagliaro is the refugee campaigner for Amnesty International Australia, helping to ensure that the rights of refugees and asylum seekers are protected in Australia. She works directly with refugees as well as generating public awareness about the facts about asylum seeker arrivals through public events, community engagement, and social media. Alex has frequently visited Villawood Detention Centre, and is in direct contact with asylum seekers in remote detention locations such as Christmas Island, Darwin and Curtin. In November 2012, she visited the Nauru detention centre with Amnesty's Graham Thom. Alex has previously worked as a refugee caseworker with Amnesty International, where she assisted asylum seekers living in the community and detention centres with their applications for refugee status, primarily through in-depth research into conditions in their country of origin.