Watch the full video of the event on our YouTube channel.

2013 marks the ten-year anniversary of the conflict in Darfur, and sadly there is no end in sight for conflict, violence and human rights abuses and ongoing displacement of civilian Dafurians. In May, the Castan Centre hosted a public forum at which a panel of experts - comprised of Professor Alex Bellamy of the Griffith Asia Institute, former chair of the Sudanese Organisation for Peace and Social Development Elmardi Abdelrasol and activist Aisha Mohamed - discussed Darfur's future.

The evening, which was held in partnership with the Darfur Australia Network (DAN) and the Sudan Peace Project, began with an introduction by Sandra Chestnutt, President and Chair of DAN. She explained that though some positive steps have been made, the economic and humanitarian situation of people in Darfur is still deteriorating. The security situation is still unpredictable, she emphasised, and abductions, shootings and bombings have caused the closure of basic services such as medical clinics.

Professor Bellamy, taking the podium, then elaborated on these current issues of concern. These include significant and long-term displacement, with 1.4 million people currently remaining displaced without any realistic prospect of being able to return home in the near future. Women still remain the targets of gender-based violence, Professor Bellamy added and programs put in place to battle this trend do not seem to be working. Additionally, he explained, a recent upsurge in violence indicates the underlying conflict is in no way resolved and that there is a possibility of further escalation. Finally, the continuous flow of arms into Sudan - despite an arms embargo and the recruitment of new proxies by the Sudanese Government - have only exacerbated the deadly situation in Darfur.

Professor Bellamy then discussed the causes of the world's failure to protect Darfur. Firstly, he emphasised that international politics have played a huge role in this failure. The United Nations (UN) Security Council has not been able to agree on what action, if any, to take because of material interests and a lack of political will. For instance, the United States has been reluctant to get involved because the government in Khartoum was helpful in providing information to assist in the War on Terror.

Secondly, he explained, the Responsibility to Protect (R2P), a UN initiative which allows international intervention into a State when the State is not protecting its own citizens, has been ineffective. Having only been established in 2005, he explained, the principle had not yet become entrenched in the policies of governments and humanitarian agencies at the time of the peak period of conflict in Darfur. This meant that no agency or group took responsibility for the protection of civilians. However, Professor Bellamy was quick to defend R2P as a concept, explaining that in later cases of conflict such as Kenya and Mali it has been a success.

Finally, acknowledging that Australia is in a unique and powerful position with its seat on the UN Security Council, Professor Bellamy suggested that Australia could help create change in Darfur. This could be done by pushing for every UN mission to include a gender protection advisor, which would ensure that the protection of women and children would always be a priority in times of conflict. Though pushing for a change like this may seem small, Professor Bellamy argued, it is achievable and would make a real difference to many lives.

Mr Abdelrasol, who arrived as a refugee in Australia less than a year ago, then delivered his lecture. He presented two proposals to help assist Darfur end the conflict and move forward. Firstly, he called for the cooperation of the international community in creating a national transitional government. This government would ensure security and stability and allow displaced people to return to their homes. Secondly, Mr Abdelrasol argued, Australia should support the Sudanese Revolutionary Front and recognise them as the legitimate representatives of the people.

The final panellist, Ms Mohamed, then delivered a personal reflection on her experiences of Darfur. As she explained, she left Darfur in 2003, at age 11, but she was struck by the subhuman conditions in which she observed people living when she returned in 2011 on a family visit. Women, she saw, were most vulnerable, often having to contend with the threat of sexual violence while maintaining financial responsibility for their families in the wake of their husbands' deaths. Highlighting her concern for the next generation of Darfurians, who will have grown up without access to stable homes or education, Ms Mohamed urged the Australian government to assist with this pressing issue. 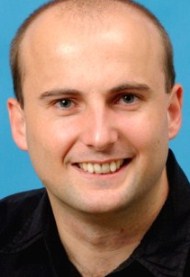 2013 is the ten year anniversary of the conflict in Darfur and sadly there is no end in sight for conflict, violence and human rights abuses and ongoing displacement of civilian Dafurians. The Sudanese government has continued to violate international humanitarian and human rights law in Darfur in the face of arrest warrants by the International Criminal Court (ICC) for the President Omar al Bashir and two other members of his government. The two Peace Agreements signed by various parties in this conflict has failed to bring about lasting peace to the people of Darfur. There has been a lack of political will and desire to protect the civilians of this conflict by the international community. The "Responsibility to Protect" (unanimously ratified in the UN General Assembly "Outcome Document" of September 2005 and UN Security Council Resolution 1674 [April 2006]) has failed to stop the ongoing violence in Darfur and to halt Khartoum's ongoing campaigns of indiscriminate civilian attacks in the Nuba Mountains of South Kordofan and in Blue Nile for the last 2 years.

This forum examined if the Australian government has a role in this crisis and if it can use its seat in the UN Security Council to keep Darfur high on the agenda and to pressure the Sudanese Government into stopping its human rights abuses against the people of Darfur, Nuba Mountains and the Blue Nile.

Alex Bellamy is Professor of International Security at the Griffith Asia Institute, Griffith University and Non-Resident Senior Adviser at the International Peace Institute, New York. Prior to this he served as Executive Director of the Asia Pacific Centre for the Responsibility to Protect. He served as co-chair of the Council for Security Cooperation in the Asia Pacific Study Group on the Responsibility to Protect. His most recent book is "Massacres and Morality: Mass Killing in an Age of Civilian Immunity" which won the 2013 International Studies Association Prize for the best new book in International Ethics.

Elmardi Abdelrasol is a Sudanese refugee that arrived in Australia less than a year ago. He was the Chair of the Sudanese Organization for Peace and Social Development and Deputy Secretary of Information Justice and Equality Movement Sudan. He is a graduate of the University of Khartoum in Sudan and the University of Cairo. He participated in the Darfur peace negotiations held in Doha February 2010 as well as 2011.

Aisha Mohamed experienced first-hand the horrors of the conflict in Darfur. Her family escaped to Egypt from Darfur and then moved to Australia 9 years ago. She feels strongly about the situation in Darfur and participates in programmes where she can voice her opinion. Aisha is a Textile design student at RMIT and is an advocate for peace in Darfur.