'Nothing About Us Without Us’: National Responses to the CRPD Six Years On

Celebrating the 50th Anniversary of the Monash Law Faculty 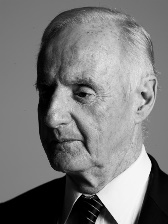 Professor McCallum was nominated by the Australian government to stand as an independent expert for the United Nations Committee on the Rights of Persons with Disabilities when that Committee was first established in 2008. The primary function of the Committee is to monitor the implementation of the United Nations Convention on the Rights of Persons with Disabilities.  Ron served as inaugural member, then Chair of this Committee and continues this year as Vice-Chair.  He also served as the Chair of the UN Committee of the Chairs of all of the UN Treaty Bodies in 2011-2012. In addition to his role with the UN, Professor McCallum is an Emeritus Professor at Sydney University. He was recognised for his services to education, industrial relations, the visually impaired and social justice in 2006 when he was made an Officer in the Order of Australia and was also awarded senior Australian of the year 2011 in recognition of his work for equality of all Australians.

'Nothing About Us Without Us', is the slogan of we persons with disabilities. For far too many years, decisions were taken on our behalf without our acquiescence. The United Nations Convention on the Rights of Persons with Disabilities (CRPD) came into force some six years ago on Saturday 3 May 2008. It marked a paradigm shift by exhorting governments to respect the human rights and inherent dignity of persons with disabilities.