Hate speech laws: What they should and shouldn't try to do 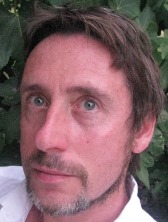 The Castan Centre for Human Rights Law is proud to present

Gavin Phillipson has held a Chair in Law at the University of Durham since January 2007 and is a qualified solicitor. His research interests lie in the fields of European and UK human rights law, especially freedom of expression and the interface of those fields with public law and constitutional and political theory. He has written widely in these areas in top UK, US and Canadian journals, including the Modern Law Review, Law Quarterly Review, Current Legal Problems, Cambridge Law Journal, Public Law, McGill Law Journal and Law & Contemporary Problems. He has published three books, including, with Helen Fenwick, Media Freedom under the Human Rights Act (2006, OUP), a comparative and theoretically-informed treatment of areas of UK media law). A fourth - Debating Hate Speech (with Eric Heinze, Hart) - is forthcoming, Autumn 2014. He has given papers by invitation at numerous conferences and seminars overseas, including in Washington, Duke and George Washington Law Schools and the universities of Toronto, Singapore, Melbourne, and UNSW (the latter two as visiting scholar).