Lawless: A lawyer's unrelenting fight for justice in one of the world's most dangerous places

Herbert Smith Freehills,  the Australian Centre for Justice of Innovation and the Castan Centre for Human Rights Law presents:

an author talk by Kimberley Motley 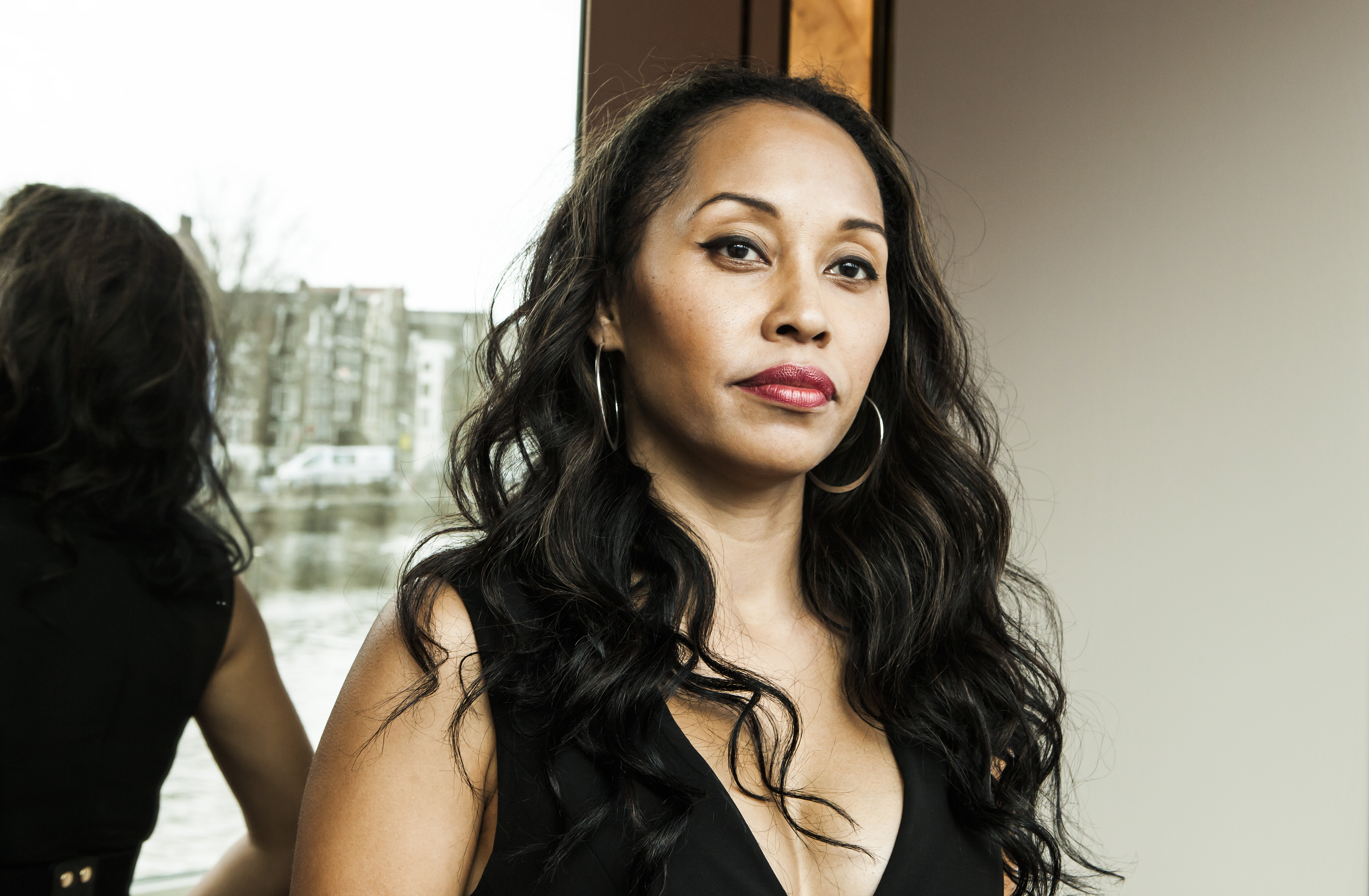 The extraordinary true story of Kim Motley, the US woman who became the first foreign lawyer to practice in Afghanistan’s courts

Date: Monday, 26 August 2019
Time: 12.30pm to 1.30pm (light lunch to be provided) Kimberley will be available to sign books from 1.30pm to 2pm. Eltham Bookshop will support the event with a table of books for sale and signing.
Venue: Herbert Smith Freehills, Level 42, 101 Collins Street, Melbourne
RSVP: This event is fully booked. Please email the Castan Centre at castan.centre@monash.edu to go on the waiting list. If you have registered and can no longer attend please let us know by emailing us at this address also.

In the summer of 2008 Kimberley Motley quit her job as a criminal defence attorney in Milwaukee to join a program to help train lawyers in war-torn Afghanistan. She was 32-years-old at the time, a former Mrs. Wisconsin (she entered the competition on a dare) and mother of three who had never travelled outside the United States. What she brought to Afghanistan was a toughness and resilience that came from growing up in the projects in one of the most dangerous cities in the US, a fundamental belief in everyone's right to justice - whether you live in Milwaukee, New York or Kabul, and a can-do approach to practising law that was to make her a legend in the highly conservative environment of Afghanistan. Through sheer force of personality, ingenuity and perseverance, she became the first foreign lawyer to practice in the courts of Afghanistan. Her legal work swiftly morphed into a personal mission - to bring 'justness' to the defenceless and voiceless. In the space of two years, Motley established herself as an expert on Afghanistan's fledgling criminal justice system, steeped in the country's complex laws but equally adept at wielding religious laws in the defence of her clients.

Her radical approach has seen her successfully represent both Afghans and Westerners, overturning sentences for men and women who had been subject to often appalling miscarriages of justice.Kimberley’s memoir is both the story of an extraordinary woman fighting for justice in one of the most dangerous countries in the world, and a page-turning non-fiction legal thriller.

Kimberley Motley is an American lawyer who has made headlines around the world with her ground-breaking legal work in Afghanistan and beyond. She's best known in Australia for her work in returning two Australian children taken illegally to Afghanistan by their father - the case made national headlines in 2015. She also represented former Australian soldier Robert Langdon and was responsible for successfully arguing for a Presidential pardon which resulted in his release from Afghanistan's most notorious prison. Motley's extraordinary work in Afghanistan was the subject of a critically acclaimed 2016 documentary entitled 'Motley's Law'. Motley was a recent featured speaker at Oslo Freedom Forum and her TED talk entitled 'How I Defend the Rule of Law' has been viewed over a million times.

In her presentation, Motley spoke about her experience working in international courts and how she tackles three significant challenges in her work: cultural barriers, political barriers and finally, legal barriers.

Motley first came to practice in Afghanistan’s local courts when she travelled to Afghanistan to train and mentor local defence attorneys in 2008. Eager to understand the local criminal justice system, she visited local courts and prisons. What she found was the alarming and systemic denial of due process rights – including lack of access to legal representation, the use of torture methods to obtain confessions, and the denial of a fair opportunity for the accused to speak in court.To illustrate, Motley discussed the first trial she witnessed in Afghanistan’s National Security Court. Guards brought in the shaking accused, his hands and feet in shackles, and ripped the hood off his head to commence proceedings. The accused was a taxi driver facing the charge of terrorism. The prosecution provided no witnesses, and no direct evidence of terrorist activity. They did provide a written ‘confession’ from the accused, although the validity of the document was dubious - the accused was illiterate. The prisoner vehemently denied the charges and told of how police had beaten him until he stamped his fingerprint on a blank page- they had filled in the rest. The judge dismissed the accused’s story, sentencing him to 8 years imprisonment without further investigation.

It was then that Motley made the decision to start defending local clients. She coined her own unique style of practicing - ‘Motley’s Law’ - which she describes as an immersive “practice of law that uses techniques which take into consideration human behaviour [and] analyses cultural, environmental regional and other factors”. In practice, this has seen her learn the laws of foreign jurisdictions and litigate within the local courts.

Motley spoke of the time she represented Gulmina, a client who at 12 years old was forced to marry a man almost 40 years her senior. He was abusive, regularly subjecting her to extreme acts of violence. After six years of this, a neighbour boy rescued Gulmina and the two teenagers ran for safety. Gulmina could not, however, desert her family completely and so reached out to her brother to arrange her return, on the condition that the violence at the hands of her husband would stop. He agreed, but when he arrived to collect Gulmina - he brought her husband with him. Gulmina’s husband murdered the neighbour boy, and struck Gulmina 15 times with an axe. Found later by a passer-by on the road, Gulmina was rushed to hospital and miraculously survived.

No one was willing to prosecute the men responsible for this attack. Gulmina was believed to have committed adultery by running away with the neighbour boy, and under Afghanistan’s Penal Code, her husband was exempt from punishment for the act to “protect his honour”. Faced with this challenge, Motley used Islamic law to prove that no adultery had taken place. Islamic law requires four eye-witnesses to an adulterous act, and as there had been no adulterous act in the first place, there were no witnesses. She also argued that the marriage was void from the beginning because Gulmina had not reached the minimum age of consent under Afghan law at the time of her wedding. The courts found in favour of Motley and Gulmina. Unfortunately, even though the law was on their side, the culture wasn’t. Gulmina still faced regular threats, and was relocated to Sweden for her safety.

So, Motley said – so what do you do when the law is on your side but the culture isn’t? You work it out.

Motley went on to detail her experience representing former Deputy Prime Minister of Malaysia, Anwar Ibrahim.  Anwar charged with ‘sodomy’ in 1988 in what is widely believed to be a politically motivated conviction. He served 6 years, and returned to political life in Malaysia. He was arrested again in 2008 under the same charge, a move that was again widely recognised as politically motivated. Motley described how she tried to have the case thrown out on the basis of clearly falsified victim statements, improper collection of DNA and other miscarriages of justice, but was informed that regardless of her efforts, the politics around Anwar’s case meant that he would simply never be released.

Motley described how she devised a creative response. She met with a popular candidate running for Prime Minister, Mahathir Mohamed, and together they released a joint statement calling for Anwar’s release. The move was popular with Malaysian voters, and Mahathir was later elected as Prime Minister. Following his election Motley urged him to release Anwar. Mahathir went on to issue Anwar a full royal pardon.

So, Motley said – so what do you do when the law is on your side but the politics isn’t? You work it out.

Working with the Law

Motley then spoke about her experience representing Australian former soldier Robert Langdon. At the time of his arrest Robert was working for a private security company, and was charged with the murder of his Afghan colleague. Robert claimed self-defense but was nonetheless sentenced to death. After countless appeals, Roberts conviction was reduced to 20 years - serving in one of Afghanistan’s most notorious prisons.

Motley was instrumental in campaigning for Robert to be given a pardon. She was first informed that no law existed in Afghanistan to pardon a foreigner convicted of a crime - so she went about creating one. She collaborated with the Presidential Palace to draft a law that allowed for the extradition (and pardon) of foreign prisoners, even where there was no pre-existing treaty between Afghanistan and prisoner’s home country. The law was passed through both houses of Afghan Parliament, and Robert was extradited to Australia after serving 6 and a half years.

So, Motley said – so what do you do when the law is on your side but the politics isn’t? You just work it out.

These were just some of the incredible stories Motley shared. Her talk was also followed by an engaging Q&A session hosted by Castan Centre Director Sarah Joseph. To hear more, you can watch the full video of the event on the Castan Centre’s YouTube Channel.