Death by Algorithm - the advent of "killer robots" 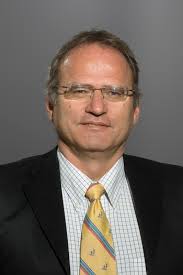 The use of force, in war and in peace, is increasingly impersonal. Unmanned systems are here to stay. We have become all too familiar with the first generation of these unmanned systems: remotely piloted aircraft. Here the human is no longer necessarily physically present on the battlefield. An operator half-way around the  world presses the button and a Hellfire missile is released from an armed drone. At the same time a further generation of unmanned systems is emerging, where human beings will not only be physically absent from the delivery of force, but also psychologically, in the sense that computers and not humans will take the final decision on its release.

This  development raises far-reaching legal and ethical questions. How good will they be at targeting? But also - should they be allowed to do this? Right to life and issues of dignity arise. But - does it really matter what we think about it? Have we not entered a new era where machines will take the important decisions?

Prof Heyns presented a seminal report on the matter to the Human Rights Council in June 2013 and has addressed the Convention on Conventional Weapons on the matter.

Christof Heyns MA, LLB (Pretoria); LLM (Yale); PhD (Witwatersrand) was appointed UN Special Rapporteur on extrajudicial, summary or arbitrary executions in August 2010. He is Professor of Human Rights Law at the University of Pretoria. He is an adjunct professor at the Washington College of Law of the American University in Washington DC, USA and a Visiting Fellow at Kellogg College, Oxford. He has published widely in the field of international human rights law, including the book The Impact of the United Nations Human Rights Treaties on the Domestic Level (with Frans Viljoen) and on human rights law in Africa (including Human Rights Law in Africa) and on various topics concerning the right to life, such as the use of force by law enforcement officials, drones and autonomous weapons, and on regional human rights systems and on the history of human rights.