Perennial Outlaws - the Shadow Side of International Criminal Justice

Elies van Sliedregt, Professor of Criminal Law at Vrije Universiteit Amsterdam, Director of the Centre for International Criminal Justice and Dean of the Faculty of Law 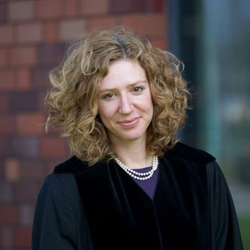 What happens to those who have been acquitted and those who have served their sentence? Such people are often denied refugee status, creating a category of international outlaws. And what is the interplay between national and international criminal justice where former defendants can be prosecuted nationally after having been tried internationally? This is not only a question of double jeopardy - international trials are unable to cope with all elements of mass crimes, so there will always, perhaps, be an outstanding allegation that can be dealt with at the national level.

Bio: Elies van Sliedregt is Professor of Criminal Law at Vrije Univsiteit Amsterdam, Director of the Centre for International Criminal Justice and Dean of the Faculty of Law.  She has held visiting fellowships in Cambridge, Oxford, Bologna, and at the University of New South Wales, Sydney.  She was a visiting professional with Chambers at the International Criminal Court (ICC) in the Summer of 2010 and fellow-in-residence at the Netherlands Institute for Advance Studies in the Humanities and Social Sciences for the KNAW (NIAS) in 2011. Van Sliedregt is senior editor of the Leiden Journal of International Law and member of the Royal Holland Society of Sciences and Humanities.  Van Sliedregt has published extensively in the field of international, European and comparative criminal law.