Renewed persecution: the situation of Hazaras under Taliban rule

Renewed persecution: the situation of Hazaras under Taliban rule

On 29 February 2020, the ‘Agreement for Bringing Peace to Afghanistan’ (commonly known as the Doha Agreement) was signed between the United States and the ‘Islamic Emirate of Afghanistan’, more commonly known as the Taliban. In my view, this deeply flawed agreement will not bring peace to Afghanistan. The focus of the agreement was to pave the way for a complete withdrawal of US forces from Afghanistan, in return for the Taliban’s assurance that they will not again collaborate with international terrorist organisations such as Al-Qaeda. The Afghan government, however, was not a party to this agreement.

The dramatic events in Afghanistan stunned the world, as the Taliban took back complete control of the country with little or no resistance. Provinces fell like dominoes from the beginning of August 2021. Sporadic resistance by former jihadi commanders was too little, too late. Given the collapse of the Afghan government, the return of Taliban rule was not a matter of ‘if’, but ‘when’. By 15 August 2021, the Taliban had captured swathes of the country including major cities. That same day, President Ashraf Ghani left Afghanistan. His departure signified the collapse of the Afghan government—and was an open invitation to the Taliban to take charge of the Arg (the presidential palace). People in Kabul were left in shock and disbelief, devastated to see Taliban soldiers roam their street, again.

The majority of Taliban fighters are ethnic Pashtuns from Afghanistan and Pakistan. They follow Pashtunwali, the tribal code of Pashtuns, along with strict interpretations of Islam. The founder of the Haqqani Network (a branch of the Taliban), Anas Haqqani, claimed in a video message that ‘the unique formation and invincibility of the Islamic Emirates of Afghanistan are due to Islamic and Afghani values’.  Important to note here is that in the eyes of the Taliban, the term ‘Afghan’ means ‘Pashtun’, not citizens of Afghanistan. With conservative religious ideologies and ethnocentric beliefs, the Taliban pose serious threats to minorities groups, including Hazaras.

Since its inception in the mid-1990s, the Taliban have been accused of serious human rights violations, particularly against Hazaras. The majority of Hazaras follow Shi’a Islam, constituting a religious minority in predominantly Sunni Afghanistan. Many live close to Pashtun areas in the southern parts of the country. The Taliban’s pre-9/11 massacres of Hazaras are well documented by the Afghanistan Independent Human Rights Commission: Hazaras were targeted and killed in Mazar-e-Sharif, Dara Suf, Pul-e-Khumri, Bamyan, and Yakawlang between 1998–2001. During this period, the Taliban also put entire Hazara populated areas in Afghanistan under siege, and imposed bans on food supplies to starve the whole population.

Considering the past crimes committed by the Taliban, the Hazara community is extremely concerned about the possibility of further massacres and persecution. Despite international pressure and media scrutiny, the Taliban have already committed several targeted killings of the Hazaras in the Ghazni and Daikundi provinces. Meanwhile, Mullah Yaqoob Omari, the son of former Taliban leader Mullah Omar, and now the Taliban interim Defence Minister, has acknowledged extrajudicial and revenge killings and the mass misconduct of his fighters across Afghanistan.

I am concerned that Daikundi may be targeted by the Taliban. Daikundi is an isolated, and arguably the most underdeveloped province, in Afghanistan. The population of this province is predominantly Hazaras. Daikundi borders Oruzgan, Helmand, and Ghazni provinces, where Pashtuns live, the latter a traditional stronghold of the Taliban. In 2007, when I was working as political analyst for the United Nations, a Daikundi shopkeeper told me about the Taliban’s conduct in the region:

The Taliban let us trade in major markets, but they keep warning us of the consequences of supporting the Afghan government and the US forces. They tell us that they are busy fighting Americans and once they are defeated, they will teach us a lesson.

The Hazaras of Daikundi are now experiencing the tightening grip of Taliban rule in many aspects. Land confiscation and forced displacement is the biggest concern of local people. The Taliban have ordered hundreds of Hazara families to leave their homes and land in Pato, Gezab, Kijran, and Khedir districts. Some of the homes in Sartagao village have been bombed to create fear among the villagers. Farmers have been ordered to pay Oshr, the Islamic tax, which amounts to one tenth of their crops—too expensive for people who mostly rely on rain-fed crops in the mountainous region.

Despite a ‘general amnesty’ announced by the Taliban leadership, locals in Daikundi haved reported arrests of former Afghan National Defence Force personnel. On 29 August, the Taliban killed 2 civilians and 12 former National Directorate of Security personnel in Khedir district, after they had surrendered their weapons. The locals complained that the Taliban governor openly threatened Hazaras with genocide if they shot at Taliban soldiers. Similar reports emerged from Bamyan, and other Hazara districts in Ghazni, Ghor, Herat, Baghlan, and Maidan provinces.

Another concerning issue is the lack of media presence in areas populated by the Hazaras. ‘Radio Nasim’ is the only radio station broadcasting news in Daikundi. The only local journalist is under scrutiny and pressure from the Taliban. He was threatened when he broadcasted the news of women who complained against the Taliban’s restrictions to remain at home. Traditionally, Hazara women wear a scarf over their heads and do not cover their faces. They used to receive education and earned a living. Many Hazara women work in the farming sector as shepherds and bring firewood from the mountains. The Taliban’s restrictions will keep women out of the workforce.

Systematic efforts are under way by the Taliban to restrict the Hazara people’s mobility and access to resources. I have received reports that the Taliban authorities are forcibly taking pick-up trucks, vehicles, and motor bikes in Hazara areas. Equipment, furniture, and assets have also been plundered as Ghanimat, spoils of holy war. One Hazara expressed his frustration to me:

Each day Pashtuns come to our village in their cars and motor bikes. They are armed and are abusive to us. They take whatever they like. They take our cars, motor bikes, and other belongings. We do not know whether they are Taliban or thieves. But there is no difference between the two, because they are all the same.

Most Hazaras do not feel safe. Many have gone to take refuge in remote Aylaq, in Bamyan. Many want to leave the country, but they cannot, due to borders closures by neighbouring countries. A former Daikundi representative told me, ‘Afghanistan has become a large prison—and we are the prisoners, at the mercy of Taliban guards’. 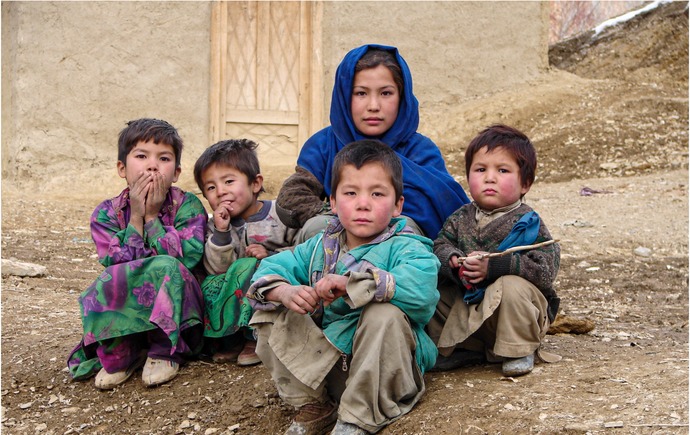 Muzafar Ali is a Hazara photographer and human rights activist. From 2005, he worked for the United Nations to strengthen democratic values, monitor the human rights situation, and in the areas of governance, security, and rule of law. His work with the United Nations allowed him to visit remote areas of the Hazarajat Region of Afghanistan and photograph the lives of Hazaras. Muzafar also directs a refugee-led education program in Indonesia and Thailand. He is currently based in South Australia.

Read more about the religious freedom in Afghanistan and beyond in Eleos Justice's new report, ‘Killing in the Name of God: State-Sanctioned Violations of Religious Freedom'.