Driving knowledge creation and exchange for researchers in Asia

To help change the narrative in retentionist countries and countries considering resuming executions, we will: 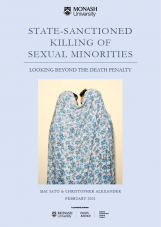 To what extent do states sanction the killing of sexual minorities? Find out how the law not only imposes the death penalty for such groups, but also commissions, condones, endorses and enables these killings. 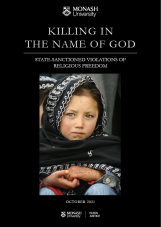 This report examines the extent to which States commit, or are complicit in, killings that violate religious freedom. Focusing on the 12 States in which offences against religion are lawfully punishable by death, we examine four different types of State-sanctioned killings on the basis of religious offence (apostasy, blasphemy, or alike) or affiliation (most commonly, membership of a religious minority): judicial executions, extrajudicial killings, killings by civilians, and killings by extremist groups. We explore the relationship between the retention of the death penalty for religious offences and other forms of State-sanctioned killings motivated by alleged religious offending or by religious identity.