The Business of Mediation: Making It Happen - Public lecture 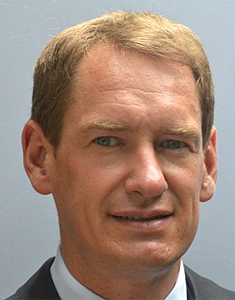 Monash University's Australian Centre for Justice Innovation (ACJI) invites you to a public lecture by Andrew Moffat, who will share his experience of developing a commercially successful mediation practice.

Guiding parties towards resolution of a long-standing dispute is incredibly rewarding, but is a privilege only available to mediators who have answered some fundamental business questions first. They are not questions specific to mediation - where do I focus, who controls appointments in that space, how do I differentiate myself - but a failure to address them rigorously will guarantee a stalled mediation career, whatever dispute resolution skills a practitioner may bring.

Once these decisions are made, they give rise to some tasks that then require a consistent, long-term and thorough approach, before they will start to yield sustained outcomes. This execution discipline is a process to be managed like any other, but is the second ingredient in the development of a viable ADR practice.

Andrew Moffat happily came to commercial mediation via a non-traditional path, armed with a set of business development skills that had been essential to his success in the banking world, and are proving equally useful for practice. Andrew is willing to share his own fresh experiences and his observations of others, and believes that what has worked for him can provide a useful lesson in similar as well as different fields of practice. He also looks forward to answering questions from the audience.

Andrew Moffat decided to become a mediator in late 2011, gained NMAS accreditation and established Constructive Accord in April 2012, and mediated his first dispute in August 2012. Before this mediation debut, he drank coffee with more than 300 commercial litigation lawyers, and the fruit of this activity includes 110 mediations so far and a LEADR Practitioner Award for Significant Contribution to ADR.

Undoubtedly, Andrew's previous career as a senior investment banker and commercial banker has armed him with skills and credibility transferable to his new world, but he has also brought a fierce focus on basic business decision-making and disciplined execution, and he believes that others can benefit from a similar approach.