Noel Villaroman is currently a PhD candidate at Monash Law School. He completed his Master of Laws 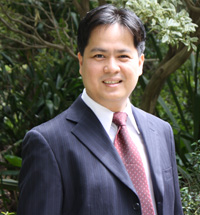 (Research) from Monash in 2010. His thesis was awarded the Vice-Chancellor's Commendation for Masters Thesis Excellence.

Noel has published articles in international refereed journals including the Netherlands Quarterly of Human Rights, Journal of Human Rights, Journal of Politics and Law and the Integrated Bar of the Philippines Law Journal. He has also authored 'Laws and Jurisprudence on Graft and Corruption, 3rd edition' (CentralBooks: Quezon City, Philippines, 2010), a commentary on the anti-corruption laws of the Philippines.  His publications may be viewed at http://papers.ssrn.com/sol3/cf_dev/AbsByAuth.cfm?per_id=1648968.