The essence of visual analysis

Visual analysis identifies and explores characteristics of example material and relationships within the context in which they were produced and encountered. The purpose of visual analysis is to make an argument based on visual evidence. There are three parts to writing a visual analysis:

Note: It is important to distinguish between description and analysis. Description merely describes or explains something, whereas analysis examines and evaluates relationships, and makes comparisons. You need to identify and describe the visual examples, but when you start discussing the composition and the feelings it conveys you’ll begin to analyse them. 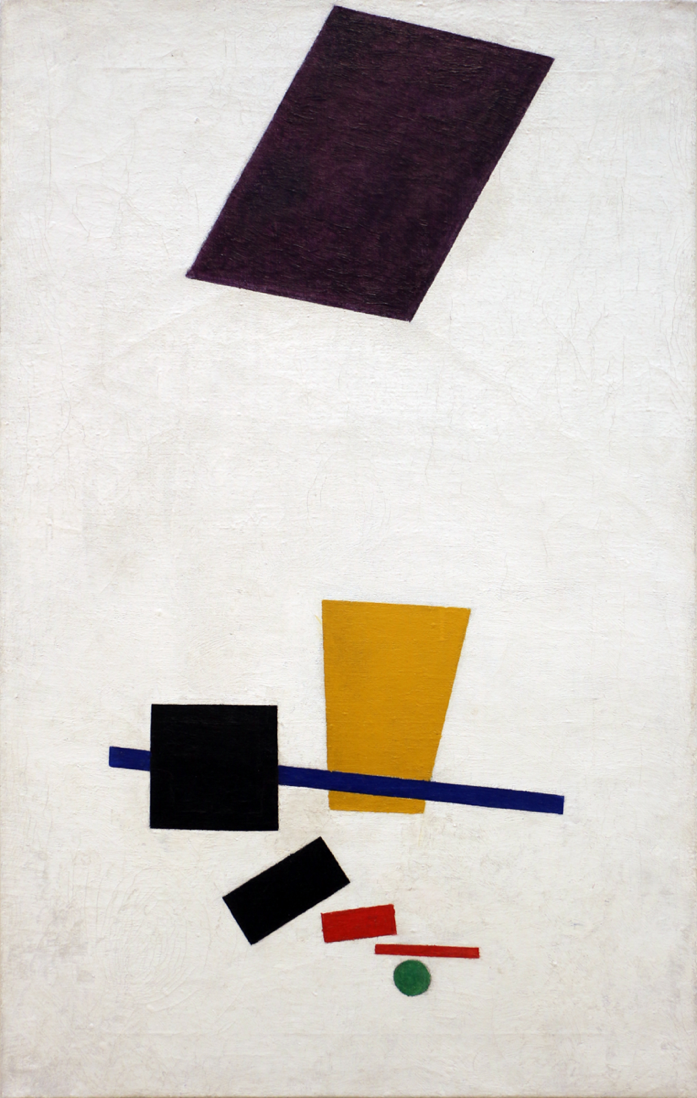 In the paintings of Russian modernist Kazimir Malevich, form is the content. Malevich’s Painterly Realism of a Football Player: Color Masses in the 4th Dimension, painted in 1915 (fig. 1), does not depict anything recognisable; it is not a picture of a football player. Form elements, especially colour, shape, proportion and depth, are expressive in their own right. The elements create an energetic tension between two ways of seeing the composition; sometimes the brightly-coloured geometric shapes look like they’re laying flat on a surface, but sometimes they look like they’re suspended in space.

Questions you could ask about Malevich’s painting to analyse it could include:

Situate the visual material in its context

Considering visual material in context is important because it helps you to understand the practices of historically distinct artists, designers and architects. Context includes the ways the creator:

Note: As a result of considering examples historically, you’ll develop your ability to reflect on the context of your own practice.

To situate visual material in its context:

To situate the visual material historically, discuss relationships between the example and the historical era in which it was produced. To characterise the era, consider developments in areas like society, politics, religion, science and/or technology that were current at the time. You can also consider relevant social and cultural aspects of the place in which it was produced. How is society distinctive, and how does the example reflect this?

Photography was a new technology in Victorian Britain. A cultural impact of this innovation in the 1860s was that photographic studios began producing portraits of the middle class. Ordinary people had portraits of themselves for the first time. This market relied on a particular technology for producing a print onto paper from a negative: the albumen print. It had a brownish tone, which today we associate with 19th century images. Julia Margaret Cameron’s Mrs. Keene (fig. 2) is an albumen print made in 1866 and an example portrait from this period. However, Cameron’s portrait is subtly allegorical, that is, it can be interpreted to reveal additional meaning of cultural significance. The wreath on Mrs Keene’s head is similar to the wreath of the classical figure of victory. Cameron’s use of allegory links to a current visual culture. Popular in the 19th century, classical allegories like victory or liberty were often personified by young women. Within the context of Victorian Britain, Cameron’s photograph is technologically innovative, and it communicates via an established visual culture.

The following activity presents images that are related to the example’s context and production.  See if you can match the images with the correct description.  Consider how these images relate to Cameron’s portrait.

Interpret and respond to the content of the visual material

Considering the content of the visual material: Gabriel Orozco 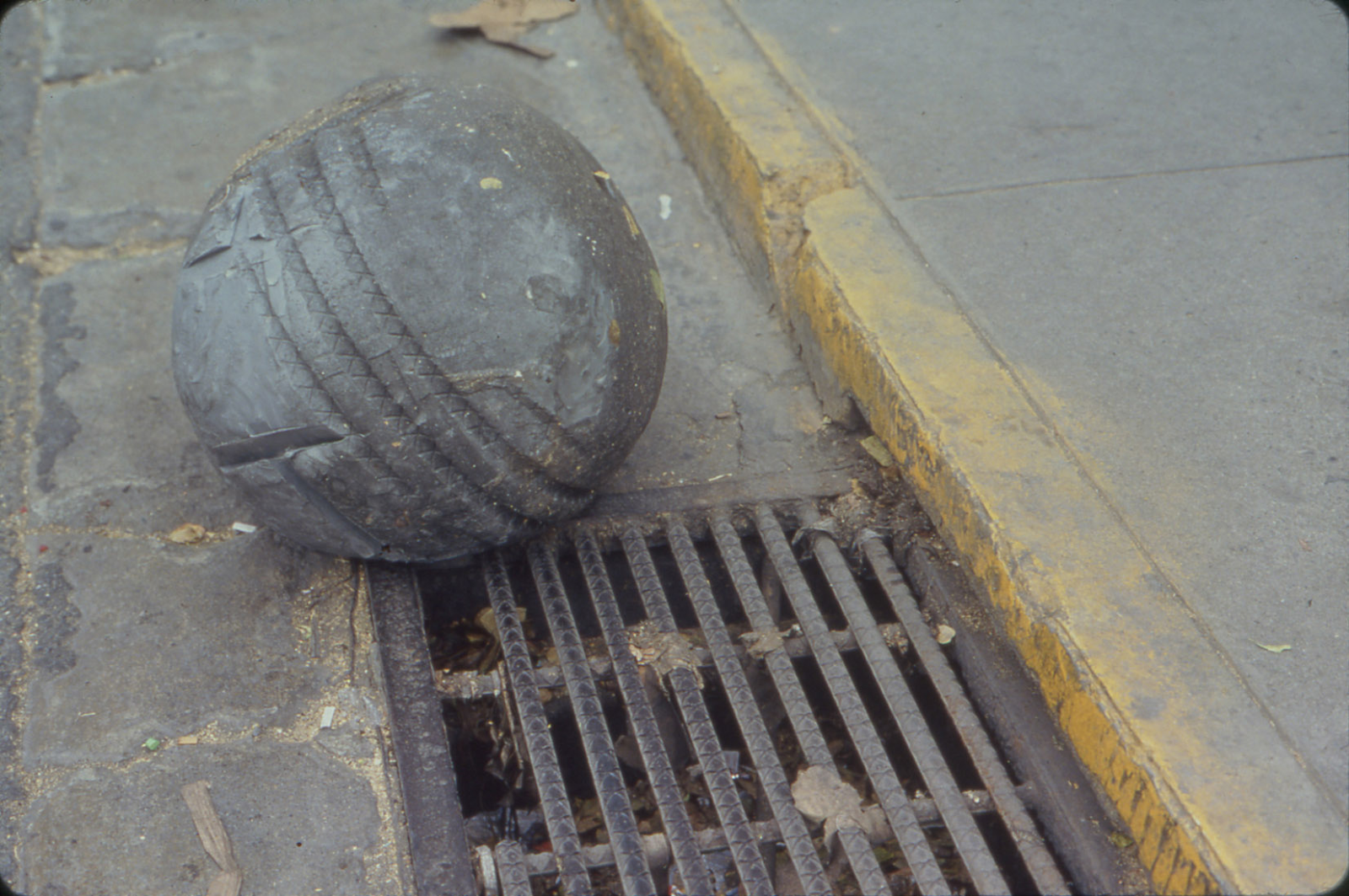 Gabriel Orozco’s sculpture Yielding Stone, 1992 (fig. 3), is a large ball of plasticine measuring the same weight as the artist. Orozco rolls it around the street where textures on the ground imprint onto its surface and it picks up litter. The sculpture is amorphous and malleable, and thus it doesn’t have a fixed form. Within the distinction between form and content in art, Orozco places more emphasis on content than form. Content is the subject and meaning of an artwork. The content of Yielding Stone, according to Orozco, is that it is a vulnerable mass reacting to its context and, in this way, it represents the human body. Yielding Stone is an abstract artwork. Like Malevich’s painting, it does not depict external reality. However, its content, the human condition, is also abstract: a concept and not a tangible thing.

One way of thinking about content in art is through semiotics, the study of signs. Signs convey meaning; they represent things. Works of art, design and architecture can be analysed as signs because they convey meaning. In the 1860s, American philosopher Charles Sanders Peirce identified three types of signs based on the distinct ways they convey meaning: an icon, an index and a symbol.

In effect, Orozco uses, and questions, these three types of signs in Yielding Stone. The sculpture looks like a stone, so it is iconic. Although, interpreting it as a stone isn’t very interesting. The visible imprint of the steel gutter grate – Orozco rolled it across – is an index that shows viewers the sculpture is malleable, and in fact, not really a stone. Furthermore, this impression gives viewers an understanding of how Orozco symbolises the feelings of being an embodied and emotional human immersed in the world. Symbols are abstract. While the artist states that he is trying to convey this feeling, viewers can still make their own interpretations.

Understanding the ways signs communicate can help you in the studio. Think about how the forms of door handles are determined by human hands. Their affordances have an indexical relationship to their use. Think about how architects have used classical columns to symbolise power over the centuries. Visual analysis is a practical skill you will use every day. If you are writing an essay, consider the three elements – form, context, content – to develop a sophisticated analysis.