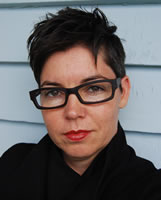 I got involved as soon as I could! I had been an ally in previous universities, and I think it’s a very important role – it’s possible to really make a difference in people’s lives.

So I wanted to be an ally partly for ethical reasons – I think it’s the right thing to do, to support people who are different from the norm, and who might sometimes feel vulnerable or vilified because of that difference; basically, I really believe in the value of diversity, the necessity for active inclusion, and the absolute imperative of equity for all. But more than those fairly abstract principles, I wanted to support my own community – as a lesbian myself, I have a particular interest in supporting and celebrating other LGBTIQ people, especially youth.

The opportunity to be part of Diversity and Inclusion week this year was pretty great – my colleague Niki Kalms and I convened a discussion panel called MADA QUEER, which was a lot of fun, and very thought-provoking.

The training was pretty amazing – I thought I knew much of what there was to know about LGBTIQ issues, but it turned out I still had a lot to learn, and the trainer was fantastic – so informative but also funny and sensitive. It was really a great experience.

Being visible – actively showing friendly faces and providing open doors for anyone who might need help. 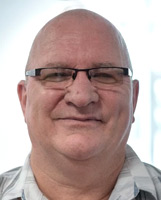 I became an ally around two years ago, recognising that there was a need to be able to offer clinical pastoral care, in particular to the LGBTIQ community, who may have been reluctant to approach chaplains because of perceived religious and theological biases.

I wished to help break down stereotypes regarding intolerance and discrimination in my belief (faith), which tells me that we all deserve to be treated with dignity, respect and justice. My membership of the Ally Network has also allowed me to speak within a space where there are seemingly not many voices of tolerance who come from a religious background.

Marching in the Victorian Pride March in 2016 as part of the Monash University Ally Network – it was so great to support my friends from the LGBTIQ community and to let them know they are loved, supported and respected for who they are.

Without a doubt, I believe the work of the Ally Network is most important in advocating on behalf of the LGBTIQ community and seeking to educate the straight community in the celebration of difference and the expression of diversity as a valued part of society. 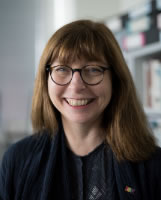 I had the opportunity to see a presentation about the Ally Network when it was proposed at Monash and thought it was a great idea.

There is substantial research showing the negative impact of prejudice and discrimination. The research also shows that positive actions, such as support networks, lead to benefits for individuals and communities.

I have learnt a lot through the ally training workshops – they have been excellent!

My email signature shows that I am an ally. Several people outside Monash have asked me about the Ally Network and it has been a great opportunity to talk with people about the importance of inclusion and the positive links with outcomes such as mental wellbeing.

I watched a group of students give an excellent presentation about LGBTIQ+ issues and management implications in the workplace. Students from different backgrounds talked about how LGBTIQ+ issues are viewed in their own countries.

Joining the Monash group in the Pride March was another highlight!

The Ally Network helps everyone to feel welcome and included in the Monash community.