Jane Austen: By a lady

Take a step back to the world of Jane Austen.

Explore every part of the exhibition and immerse yourself in her world using the latest interactive technology. You’ll leave with a fresh appreciation of her classic novels.

Born on 16th December 1775 and died on 18th July 1817, Jane Austen was the youngest daughter in a family of eight children of a country parson and his wife. She lived a quiet life within a small circle of family and friends, mostly in rural southern England. In her brief life, she completed six major novels and left us the manuscripts of two incomplete novels, an early unpublished novel, three scrapbooks of youthful writings and about sixty letters to various family members and friends. On the basis of this fairly small literary output, she is widely regarded as the greatest female writer in the English language and as important in her own way as Shakespeare. So, who was she and how did she come to be so important? To find out some of the answers to these questions, visit the interactive exhibition.

Items from the late 18th and early 19th centuries from our own Rare Books Collection will complement the display and add to the context of the Regency period.

It’s an unmissable opportunity to explore the life, times and books of one of the most beloved English novelists of all time. Brought to you by Monash University Library, in cooperation with the City of Melbourne, to commemorate Jane Austen’s 200th anniversary.

We recommend that you allow 20-30 minutes to fully appreciate the experience.

The exhibition is made possible through the collaboration of volunteers, lecturers and students under the Monash University MMD5002 Masters in Multimedia Design group, with 36 contributors over a short 30-day production.

Watch the making of the exhibition. 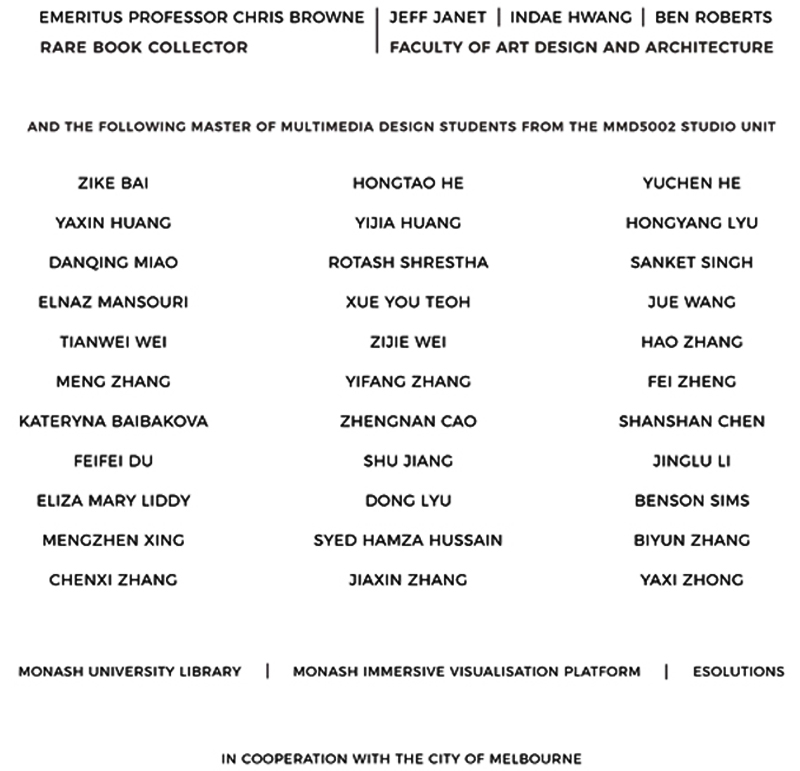