Bernie Walsh is an Australian Industrial Designer who has specialised in transport design for over thirty years.

Bernie is a successful artist in his own right, with his very popular beach art being sold around the world. Bernie has been teaching manual and now, digital concept sketching and design, at university level for most of his life.

Some of Bernie’s stand-out designs have been the Transtar series of bonneted trucks for International Harvester. Along with the Power Star series of trucks for Iveco, the little S2S sports car for the Orbital Engine Company, and yachts and watercraft for Granger Design. On a weekly basis over a 12-year period, Bernie contributed automotive sketches for The Australian Newspaper, Motor Sport Magazine, Car Magazine, Brisbane Courier Mail and the Times of India newspaper.

Bernie has taught at RMIT University, Monash University and Swinburne University, all based in Melbourne, Australia. More recently he spent the last few years as the lead Creative Design Manager for two of the top design consultancies in Melbourne, Outerspace Design and then Cobalt Design Group, where he was the Lead Designer on a project that won a “Premier Design” award in 2015. He has also been lead designer for four other products that have won Australian design awards in 2015 and 2016, and just recently he was part of the design team that won the Mercedes Vito van design competition.

Recently Bernie moved to China to take up a teaching position at Southeast University, which is a joint venture with Monash University Australia. 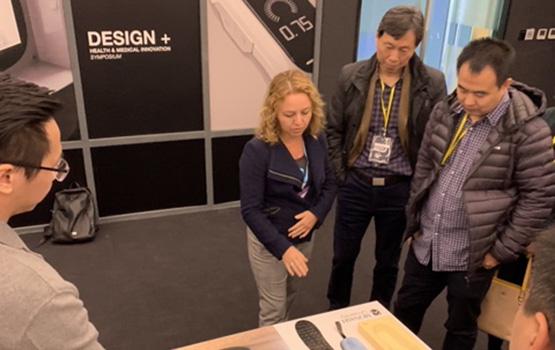 Design Health Collab and the Monash Art, Design and Architecture Industrial Design Centre Kunshan recently hosted a half-day Symposium established to build understanding and to share ideas and experiences in design for health spaces in China.