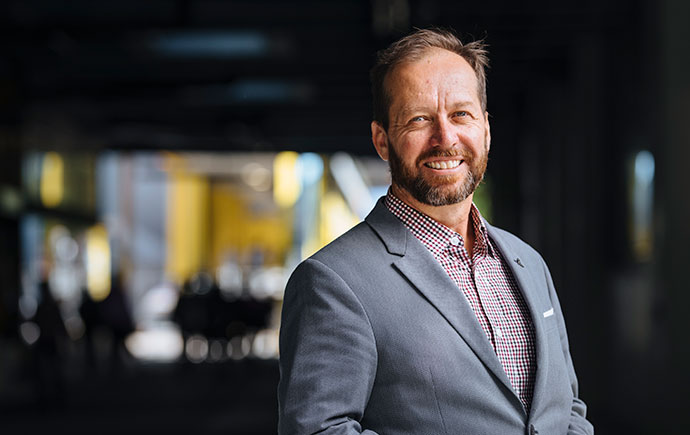 Cameron was presented the award from Professor Margaret Gardner, Vice-Chancellor and President, in recognition of "My Life Now", a project he led with second year students from MADA's Communication Design program.

Based on research by Monash University’s Dr Catherine Flynn, Cameron oversaw the production of six "My Life Now" videos for SHINE for Kids, a charity supporting children, youth and families with relatives in prison.

Each "My Life Now" video combines Catherine's research with animation and storytelling from MADA students to illustrate the story of one young person whose mother has gone to jail. With the motto of "You don’t have to do it by yourself", the videos hope to encourage young people in a similar situation to reach out if they need support, or just want someone to talk to.

As well as acquiring animation and storytelling skills, the students learned how to sensitively communicate the stories of these vulnerable members of our community.

Cameron and the team of students are currently in production of a video for St Vincent's hospital (Melbourne) on "dual diagnosis", to be released later this year.

Learn more about "My Life Now" project, and view the completed videos...