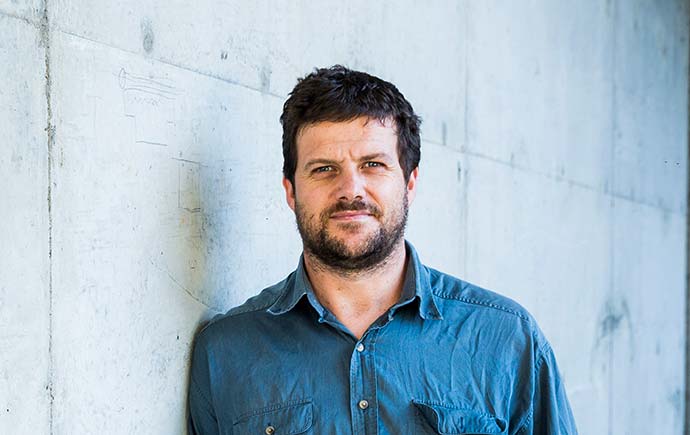 Two MADA academics and an alumna were each awarded grants in the latest round of the VicArts Grants program, announced in Melbourne last week.

Fine Art (Honours) graduate Rosie Isaac was awarded $5,601 for the creative development of “Figure Reclines Audience Reclines”, a performance work about the settlement of Melbourne and the Victorian legal system.

Quentin Sprague , Acting Director of MADA’s Curatorial Program was awarded $10,430 towards the development of a creative non-fiction novel that tells the story of the Jirrawun artist group – a leading Indigenous contemporary arts group based in Western Australia's Kimberley region.

And MADA lecturer Dr Nicholas Mangan was awarded $19,230 towards the development of “Termite Economics”, a multi-media work that will explore the ways the CSIRO uses termites to locate rare earth materials. Stage 1, featuring a short film and trailer poster, will be delivered through a major solo exhibition at the Kunst-Werke Institute for Contemporary Art, Berlin in mid-2017. All stages will be shown as part of a major installation co-commissioned by the Sydney Biennial, 2018, curated by Mami Kataoka.

A total of sixty-two projects across urban and regional Victoria received grants – it’s fantastic to see MADA represented amongst the recipients. The next round of VicArts grants opens 3 August, with opportunities available to both individuals and organisations / ensembles. For more information, visit:
http://creative.vic.gov.au/funding-and-support/programs/vicarts-grants