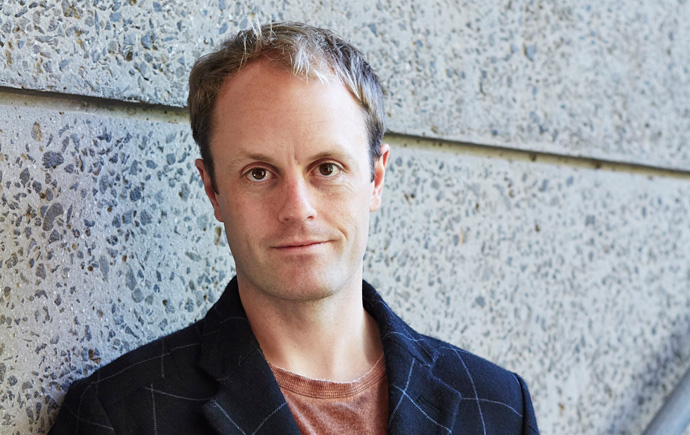 The 2016 Inception Award winners have been announced and Skinthetic: Transforming the body into a hyper field by MADA Interior Architecture graduate Emmeline Neate has been awarded the top honour – Gold – with Emmeline receiving a $650 cash prize for her work.

Judged by a panel of leading academics, the Awards are presented annually by IDEA, the Interior Design / Interior Architecture Educators Association, and includes representatives from higher education institutions across Australasia. The Association strives to be the regional authority on, and advocate for, interior design / interior architecture education and research.

Supervised by MADA Senior Lecturer Matthew Bird, Emmeline’s work was recognised for its evocative visual representation of a concept, with an eye to composition and craftsmanship. Skinthetic investigates the idea of the body as an intuitive processor, and suggests a new relationship between space, body and perception. Emmeline’s fascinating concept, and the bold design and imagery she created to accompany it, explores the potential for interior architecture to move beyond developing constructed interior spaces, towards creating interiority within a field of space.

It’s a fantastic honour for Emmeline, and a fitting recognition of the incredible caliber of work created at MADA.

Learn more about the 2016 Inception awards at:
http://idea-edu.com/blog/2016-inception-award-winners/