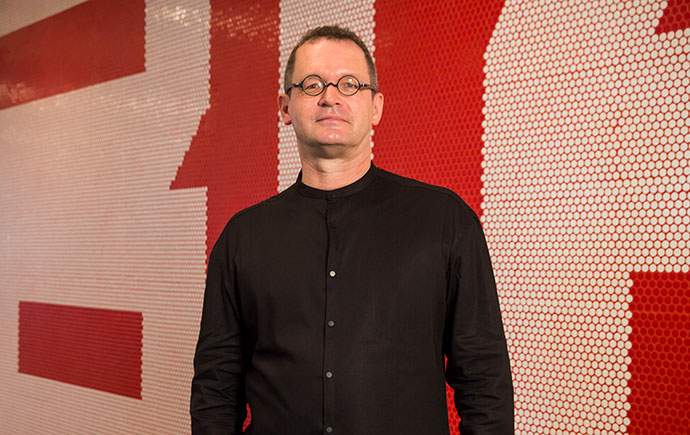 Opening 10 August 2017, the Centre features 293m² of world-class digital training facilities and has been developed in collaboration with the Kunshan Industrial Technology Research Institute (KSITRI).

The Monash Art Design & Architecture Industrial Design Centre is located in the Kunshan New and Hi-Tech Industrial Development Zone and its Director, Guan Feng Liang, as well as the Director of KSITRI, Jingsong Pu, spoke at the launch.

Professor Murray also spoke. “Monash University is known for industry engagement and practice-based design. It is extremely important. Monash is honoured to establish the collaboration with the Kunshan New and Hi-tech Industrial Development Zone. The support provided for our innovative new centre is greatly appreciated.”

Monash University lecturers Ian Wong and Bernie Walsh have been selected to lead the Centre’s operation. Ian and Bernie bring many years of industry experience – Bernie was Design Director for Nissan and Ian is a Fellow of the Design Institute of Australia and is also their representative in China.

The city of Kunshan and the KSND is in Jiangsu province, just outside Shanghai – the first stop on the high-speed train between Shanghai and Beijing. The region has been designated a national economic development zone, and in the past ten years has become home to more than two hundred high-tech enterprises.

The Centre is MADA’s second major project in the quickly emerging city. In 2014 and 2015, Monash Architecture students and lecturers travelled to the area on behalf of the Cooperative Research Centre for Water Sensitive Cities to develop a suite of new urban typologies and sustainability systems in order to help Kunshan develop the foundations for a citywide water cleansing system.

Monash is the first Australian university to receive a licence to operate in China, and the Centre follows the groundwork laid by the 2013 establishment of the Southeast University-Monash University Joint Graduate School in Suzhou.

“We are honoured to be collaborating with KSITRI through this Centre, and I am confidant it will greatly benefit both its graduates and the industrial design community in Kunshan,” Professor Murray said.