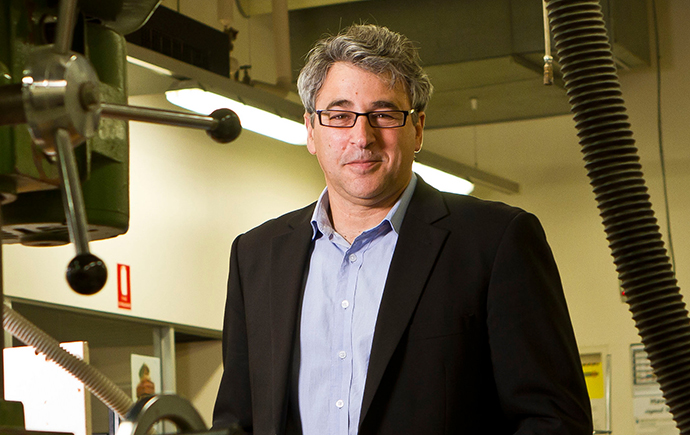 We’re immensely proud to announce that Professor Arthur de Bono is to be inducted into the Design Institute of Australia (DIA) Hall of Fame for his work as an industrial designer and design educator.

Each year the DIA’s Hall of Fame celebrates the work of eminent Australian designers and their significant contribution to Australia’s economic development and cultural identity. It also highlights the current diversity in our community, reflecting a broad range of design disciplines.

Professor Arthur de Bono is the Deputy Dean and Associate Dean - Graduate Research in the Faculty of Art, Design and Architecture, Monash University. During his 3 decades of service to design education and research, Arthur has held a number of leadership roles across his Faculty, the university and the broader design community.

As the Head of Design, a position he held from 1997 through to 2013, Arthur was responsible for the academic leadership of the teaching and research programs in Industrial Design, Interior Architecture, Communication Design and Multimedia Design. During this time, he curated the development and introduction of a number of new discipline areas and built a national and international reputation for the Department as demonstrated through alumni, student awards and international engagement.

At Monash, Arthur established the Higher Degree by Research programs for the design disciplines, drove change in the faculty’s research capability through his strategy for university and industry engagement and initiated the Master of Industrial Design at Monash’s Suzhou Campus in China.

Arthur has built a highly engaged research culture of partnership, integrating practice-based researchers and HDR candidates. This has resulted in a range of industry-funded Higher Degree by Research scholarships awarded to the Department, investigating issues relating to public transport, ground breaking med-tech initiatives and consumer objects. His grants and awards include 2 prestigious Australia Research Council Grants.

In 2014, Arthur was appointed Deputy Dean in the Faculty of Art, Design and Architecture at Monash University. Also in that year his contribution to design education and research were acknowledged with his induction to the Monash Honour Roll.

His service to the design community includes participation as a jury member on international design competitions. Arthur has also served as a DIA Councillor including a period as Victorian Branch President. His many contributions to the Institute include engagement with the membership through a successful forum series.

For more information, including bios of the other recipients, visit the DIA website...