Let there be light – but make sure it’s the natural, healthy kind 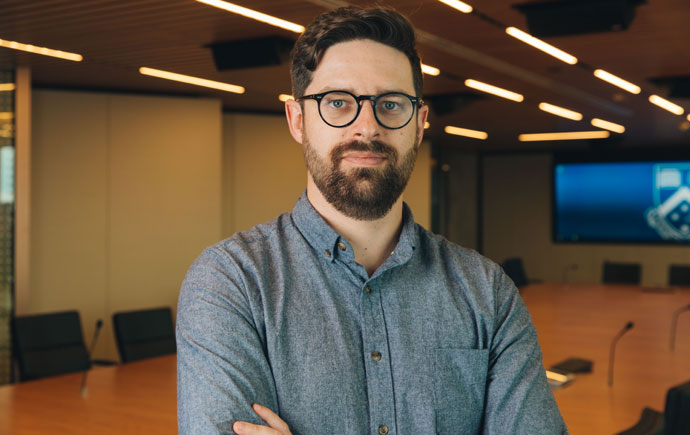 “This is just the beginning,” says Associate Professor Sean Cain. He’s talking about a small light sensor device – in prototype – that he believes could revolutionise the mysterious science of sleep, and its effect on the human mind and body.

The Monash University “circadian biologist” specifically examines how different kinds of light affect our 24-hour “circadian” rhythms and sleep quality, and how this affects our physical and mental health.

Healthy light tends to be from the natural world, a place where darkness falls at night, as it’s done since the beginning of human life on Earth, and the sunlight begins again in the morning.

Unhealthy light is artificial, especially at night, and particularly the blue light in the LEDs that increasingly illuminate our homes.

“We no longer have strong signals for day and night,” Associate Professor Cain, of Monash’s School of Psychological Sciences, says.

“Our bright days and dark nights that helped our bodies organise the rhythms of activity and repair throughout our bodies have been replaced with an irregular twilight that affects our internal clocks, contributing to chronic disease.

“We’re not aware of the damage we’re doing to ourselves with our light choices. The negative effects of poor light exposure aren‘t conscious, so we don’t realise what we’re doing.

“We do, however, seem to love consuming light. We can now have light whenever we want, at the push of a button. Modern light has become another junk food for the body.”

A fast-moving field of research The worst light we ingest is before bed, whether it’s bright home lights or screens.

But the field of research is moving fast. Associate Professor Cain calls this “the beginning of the age of circadian medicine” where sleep and light and the nexus between is taken seriously as a health and wellbeing intervention.

His team has just been awarded a $A50,000 seed funding top-up from the Monash Institute of Medical Engineering (MIME) to further refine a wearable light sensor that they hope will be mass-produced for use by scientists and clinicians next year.

The device is about as big as a 20-cent piece, and just a little thicker. It records the impact of different lights on the body – fluoro light, overhead LED, natural sunsets, phone light and device light – and sends feedback to a smartphone app, which then calculates the impact of ambient light on our body clock.

Dr Andrew Phillips leads the team’s biomathematical modelling. “Knowing light exposure patterns allows us to give individuals feedback on what they could be doing better,” he says. “Light is such a powerful input to the body that getting it right will improve sleep and health.”

One of the curious things about the way the body clock receives light is that it’s unconscious. We know nothing of it as it’s happening. Therefore, says Associate Professor Cain, these days “we’re not aware of how confusing our light signals are ... Our device essentially makes the unconscious conscious. We can now see the effect through technology.”

The detrimental effects of ‘unhealthy’ light Compact: The wearable mini-spectrophotometer is about as big as a 20-cent piece.

The worst light we ingest is before bed, whether it’s bright home lights or screens.

Associate Professor Cain spoke to The Age about all this in 2019, and revealed that his home was installed with smart lights that turn orange after dusk, to mimic what happens in the natural world in the evening.

The team’s newest version is being designed and built by Dr Rowan Page, from the Department of Design in Monash Art, Design and Architecture, and Elliot Wilson and Professor Jon McCormack from the Faculty of Information Technology.

The sensor is for research use at this stage. It’s the first of its kind anywhere in the world.

“The new version of the device is cheap to produce and pinned to clothing close to eye-level,” Associate Professor Cain says. “It will provide real-time feedback on light environments while enabling us to guide people towards healthy light cycles. It’ll be a powerful clinical tool that will reduce chronic disease and help manage circadian rhythms.”

Possible wider applications, he says, may be in “elite or high-level performance” where circadian disruptions are common (through, for example, jet lag from travelling across time zones), but “optimal” performance is required.

With the device, says Dr Phillips, “we’ll have the information to reduce poor performance due to disrupting the clock. It’s ideal for reducing jet lag and shift work disruptions.”

Bringing healthy light into the home 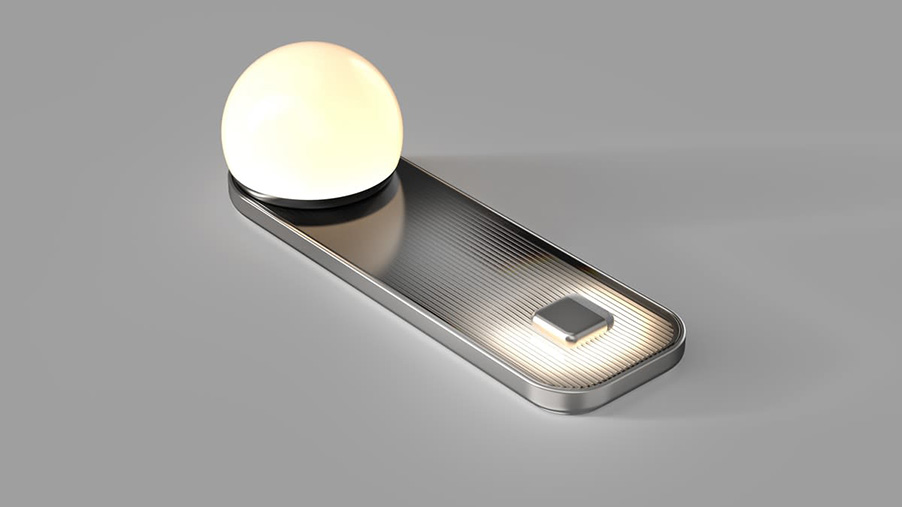 Associate Professor Cain says he wants to be able to link the sensor to home smart lighting systems, to allow these systems to deliver individualised control of light delivery. The team’s already created a bedside lamp with a healthy warm light that’s also a wireless phone charger and a wireless sensor charger.

“The body craves regularity, and rewards us for it. Getting our lights right is the most important first step.”