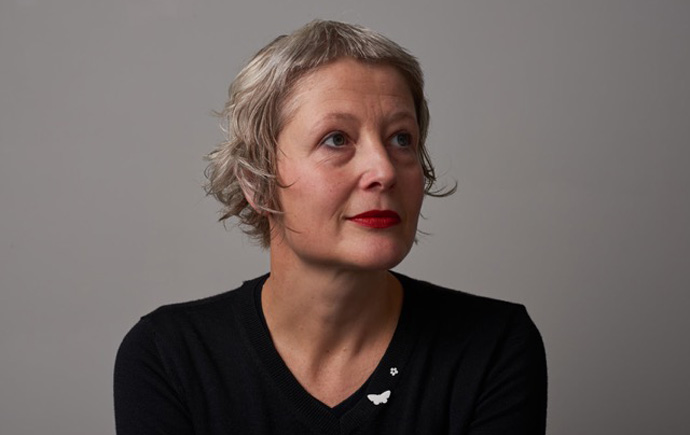 Almost two years of pandemic and lockdowns have created challenges for everyone - no less so for Manon van Kouswijk, lecturer and coordinator of jewellery in the Department of Fine Art at Monash Art, Design and Architecture.

While teachers and students everywhere were suddenly forced to adapt to new protocols and methods of distanced communication, one of van Kouswijk’s pandemic projects was more challenging.

In 2020, during lockdown in Melbourne, she was chosen from 174 artists to create a public artwork alongside the Peninsula Link freeway in the city’s southeast.

The Southern Way McClelland Commission – the sixth since 2012 – is an honour, but it’s not a prize. Most of the $300,000 funding it provides goes to the research, construction, installation and care of a very large artwork designed to intrigue and delight the 74,000 people a day who pass by in vehicles at speeds of up to 100 kilometres an hour.

As the director and founding member of the research lab Monash Art Projects (MAP), Morton invited van Kouswijk to work with MAP on a submission for the hotly contested Southern Way McClelland Commission in very early 2020. He had to convince her to say yes.

Her reluctance was not because her work as a jeweller, educator and artist over 35 years had not included any industrial sized projects involving bobcats, cherry pickers and cranes, but because of her awareness of the difficulty of creating a good public art work.

“The Netherlands is full of public sculpture,’’ van Kouswijk says of her native country, “and sometimes it can get quite problematic. It’s really difficult to get right.”

She finally said yes to Morton, but never thought her submission was likely to be chosen from so many proposals. Nevertheless, in the halcyon days before March 2020, she and MAP Associate Director Helen Walter, along with Aaron Robinson explored how her work could translate to a twenty five square metre site on the verge of a busy freeway.

“I have always been interested in the beaded necklace as an object.”

The three sat down at MAP and talked about her work and how a beaded necklace or pearl chain – changes its meaning depending on the when, who or how it’s worn.

“When you look at a pearl chain you can also see similarities of the basics of its construction in science such as molecular models or the DNA strand. We looked at my work over time to see how it could possibly translate to a site like (the freeway).

‘Helen was in charge of the project management of this sculpture commission at MAP and without her experience and knowledge I really wouldn't have been able to realise a project like this at all, so it is very collaborative.”

They used models and 3D renderings to come up with a concept of 24 black poles, some rising up to 10 metres high and interconnected with black rods to prevent collision of the spheres. The poles hold 34 spun aluminium spheres – or “pearls” – each 60 centimetres in diameter. The proposed artwork is titled ‘Peninsula Pearls’.

“When you drive towards it in one direction, the spheres will be white. I wanted drivers to briefly get the illusion of looking at a pearl chain. But as they drive past, the colour will change - and it will no longer look like jewellery - the spheres are quite bright red, yellow and blue and more like a molecular model.”

In May 2020, she was announced the recipient of the commission, but visits to the site near the freeway’s Skye Road exit proved near impossible due lockdown restrictions.

Her only site visit during the whole process was in July 2020. Then, in the months (and lockdowns) that followed, the engineering and landscaping scoping was done, flag poles ordered, and the spheres fabricated by Robert Hook (who also fabricates Floyd’s work).

The spheres were finished in a highly durable, weather resistant automotive paint in a car body shop in Preston and ‘Peninsula Pearls’ has at last taken it’s place on site. The work will remain along the freeway near the Sky Rd Interchange for four years, then relocate permanently to outdoor sculpture gardens at McClelland Gallery in nearby Langwarrin.

“The interesting part is that until it was installed, I couldn't drive past it. You don’t quite know how it’s actually going to be experienced until it’s there.”

She is particularly excited by the view offered to drivers as the coloured side of the spheres reveal themselves. “Because of the combination of several elements, there is something a little bit fun fair about it.”

The jeweller made her first visit to Australia for an exhibition of her work in 1999 after the late, esteemed gallerist Mari Funaki saw her work in Holland and invited her to exhibit at Gallery Funaki in Melbourne.

Van Kouswijk had studied goldsmithing at Vakschool in Schoonhoven, from 1985 to 1990 and completed her studies in art and jewellery at the Gerrit Rietveld Academy, Amsterdam in 1995.

While in Melbourne for her show, Funaki introduced her to a man who returned to live with her in Holland where she became head of jewellery at Amsterdam’s Gerrit Rietveld Academy until 2010 when they returned to Melbourne to live.

“Yes, you could say she linked – or chained us,” jokes van Kouswijk of Funaki’s matchmaking. Her work is still represented by Gallery Funaki.

She began working at Monash University as a sessional teacher in 2011 and now runs its Fine Art jewellery studio and teaches in the Bachelor of Fine Art.

The Netherlands and Germany - where she studied at the Munich Academy – have been historic powerhouses of jewellery design, but van Kouswijk says innovation and design is no longer necessarily tied to a geographic location.

“Ultimately the thing that really determines what happens in a place is so much through education.”

‘Peninsula Pearls’ can now be viewed as you drive along Peninsula Link near the Skye Rd Interchange. If you travel there via Eastlink, you can also see ‘Hotel’ by MAP’s Callum Morton, and Public Art Strategy, by MAP’s Emily Floyd. 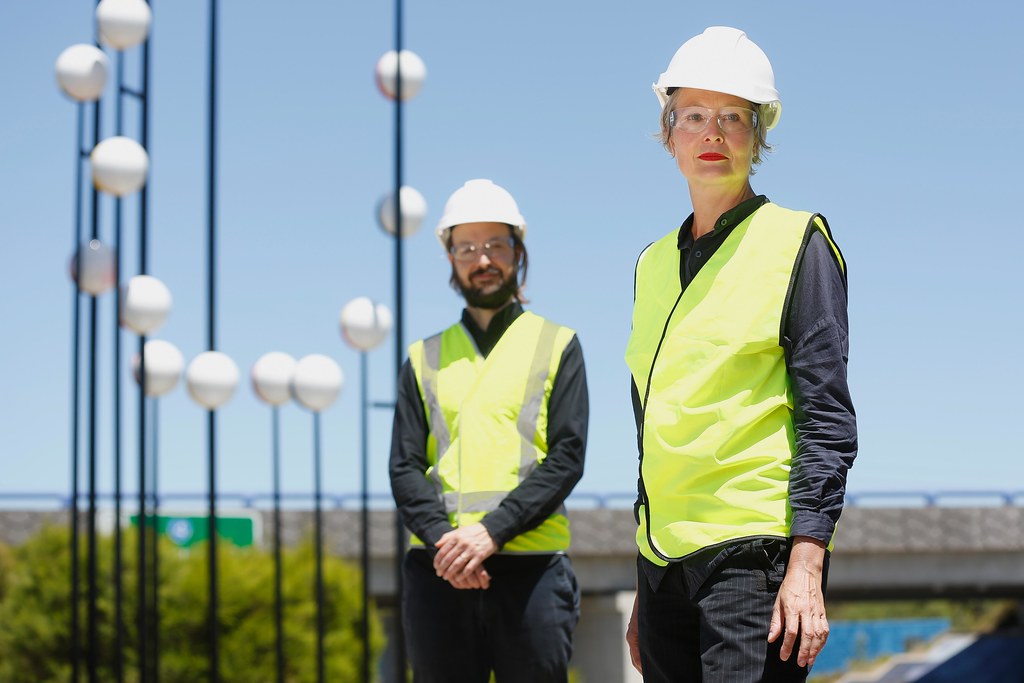 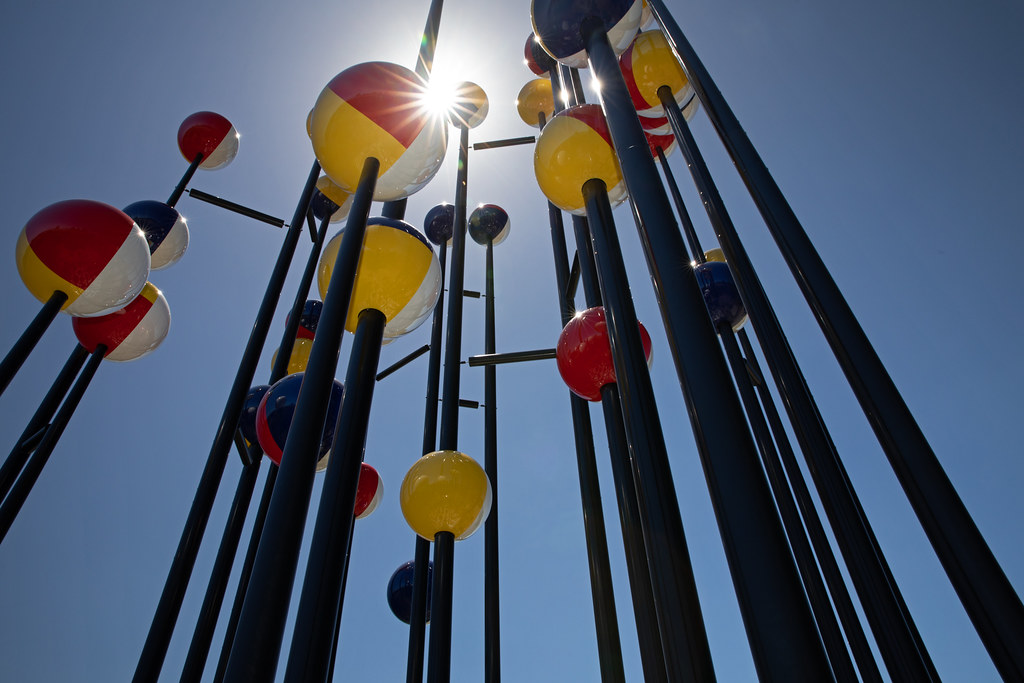 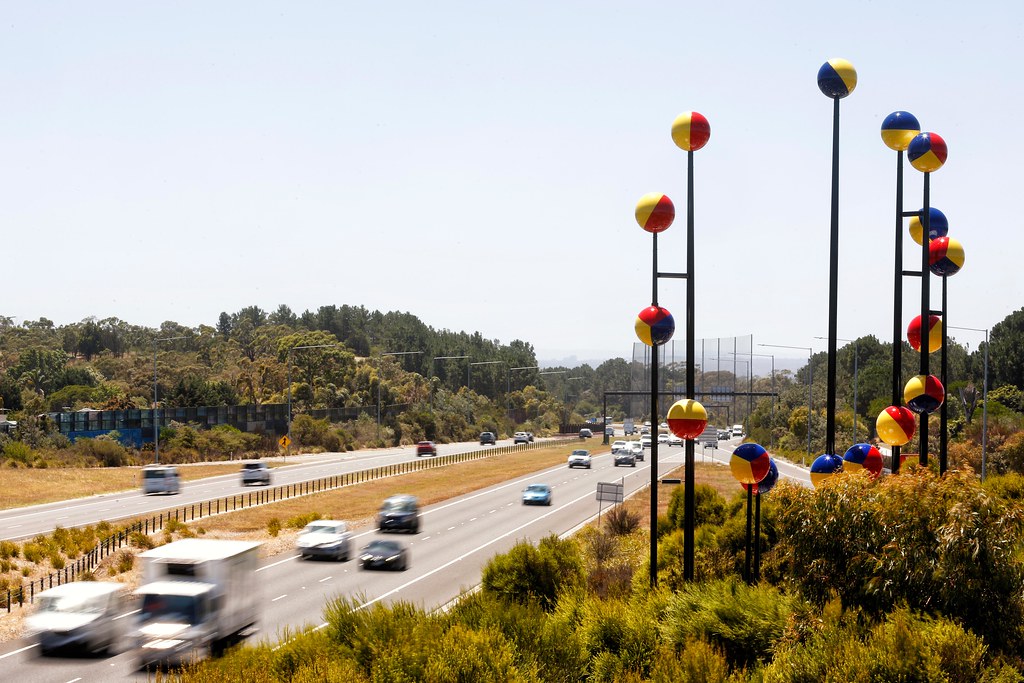 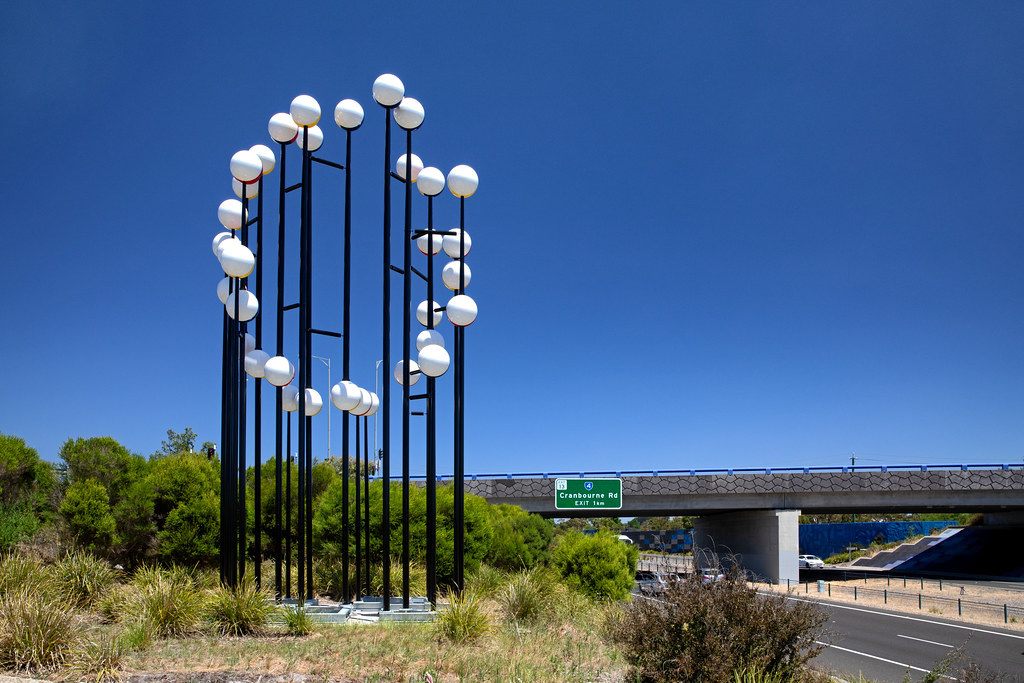