Dan Nyandega’s PhD exists at the intersection of water, land and urban intensification and cuts within fields of Water Sensitive Urbanism and Aquarius Urbanism, Architecture and Landscape Architecture.

The low-lying areas coastal cities have developed by modifying their water territories; swamps, marshes, rivers and shallow bays for centuries. This process involves land gain and water loss or vice versa and significant topographical manipulations through natural and artificial interventions resulting into highly modified lowlands; artificially added and subtracted territories. These areas are vulnerable to predicted effects of climate change-rising sea levels as they are susceptible to continuous modification for future urban growth.

The research explores this phenomenon of gaining and losing of water or land in highly modified lowlands in coastal cities not only as integral in the making and transformation of coastal cities but also as a continuous and a cyclical urban process endowed with a series of actions and potential moments of design tactics and strategies to reconcile urban intensification to existential threats of climate change and rising sea levels in low-lying coastal cities.

This case based design led investigation analyses and extracts tactics from selected highly modified lowlands of coastal swamp cities: Makoko in Lagos and Dutch Lowlands as extreme cases, contemporary and historical respectively, and Boston’s Back Bay and Melbourne’s Melbourne’s Lowlands for their similarities. The learnings in form of tactics are applied in Melbourne’s Lowlands for design reflection and testing. All these cases are liminal territories in contact with water and by their nature are extreme and vulnerable to future modification and rising sea levels.

Melbourne’s Lowlands has been earmarked for further development, as an expanded city; for urban intensification, renewal and job creation. This provokes a timely opportunity to develop design tactics and strategies that would adjust this highly modified low-lying area and similar territories to new realities and to redefine their roles to coastal cities.

It offers a new understanding to these territories by developing a series of design tactics and strategies embedded on the understanding that these processes are continuous and cyclical and and not a one off. As such it explores designing in cycles and sectional thinking together with incremental, opportunistic, bottom up, small scale and low-tech approaches to creating an equilibrium between water and land as well as offer an alternative to the imposed airport scale projects of land making and displacement of water.

The investigation aims to develop a catalogue of alternative design tactics for water sensitive urban intensification. It inspires a timely shift in conception into the late 21st century by developing interconnected design tactics as part of cycles of land and water and which treads between wet and dry; cities half submerged. 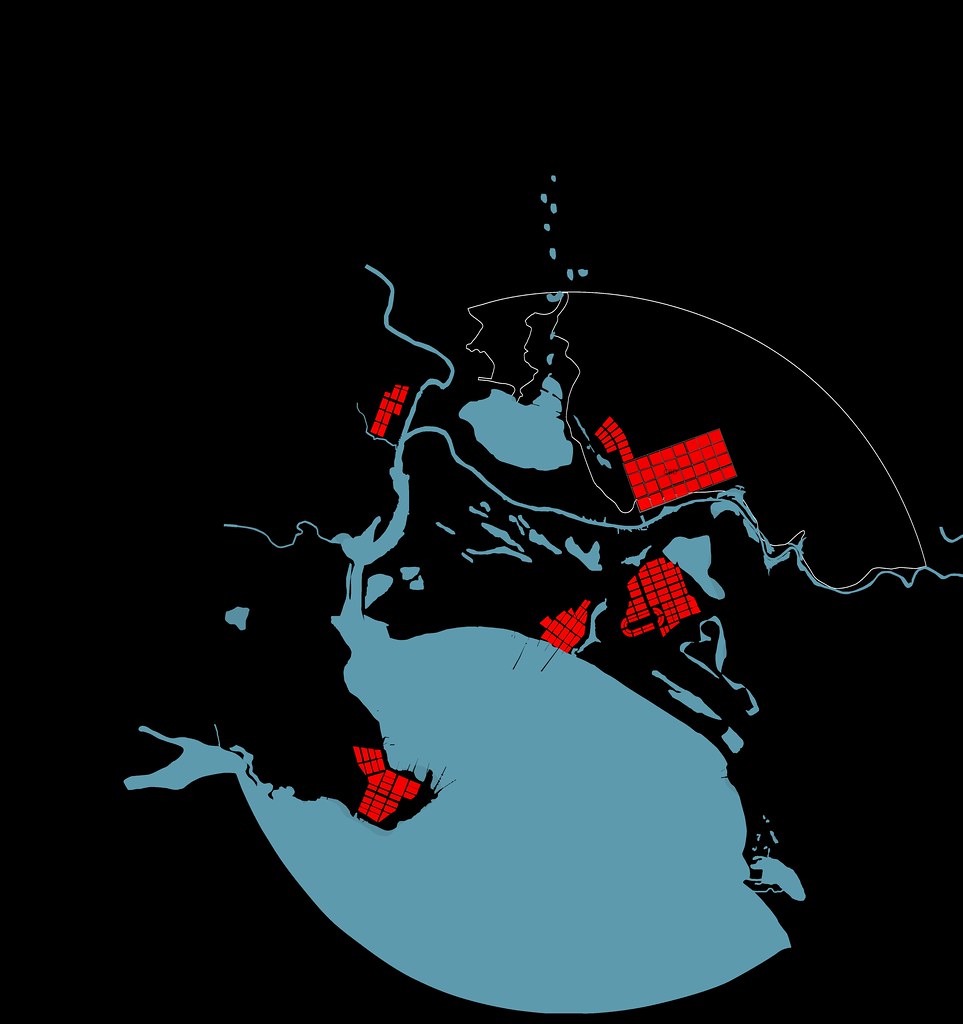 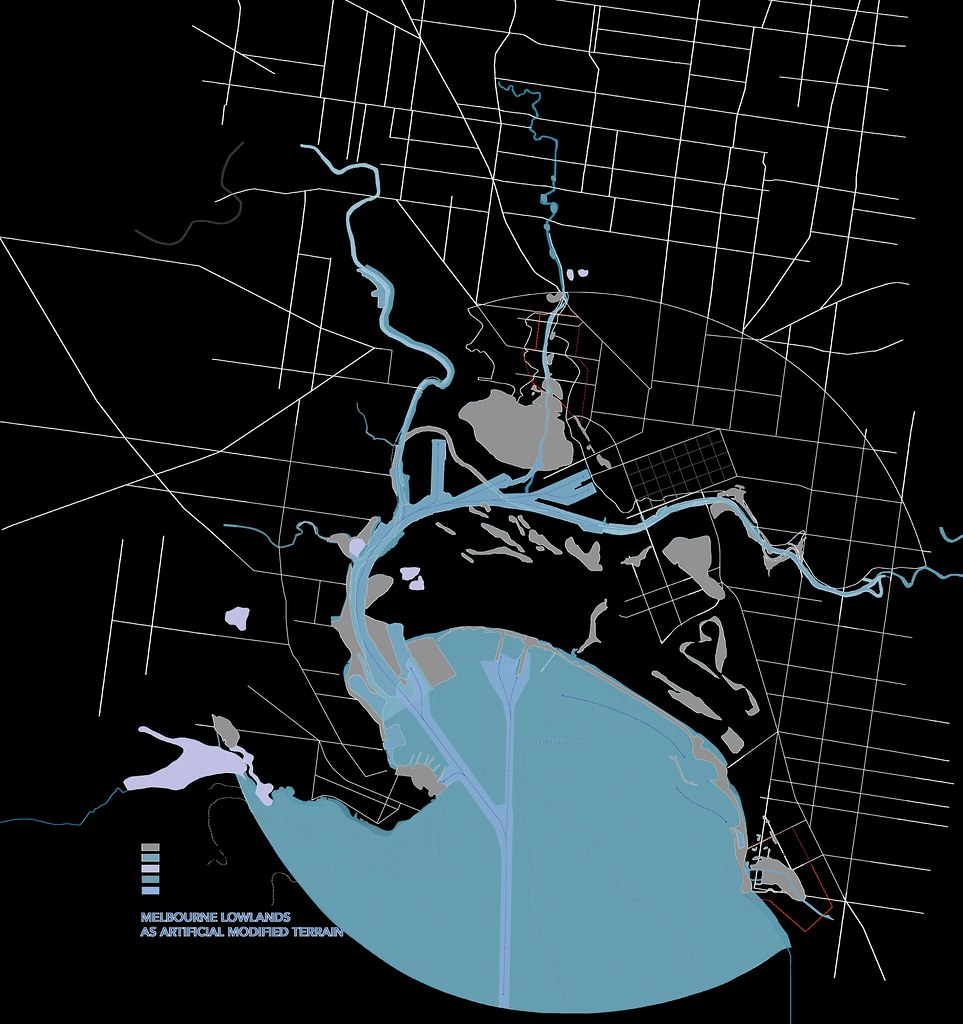 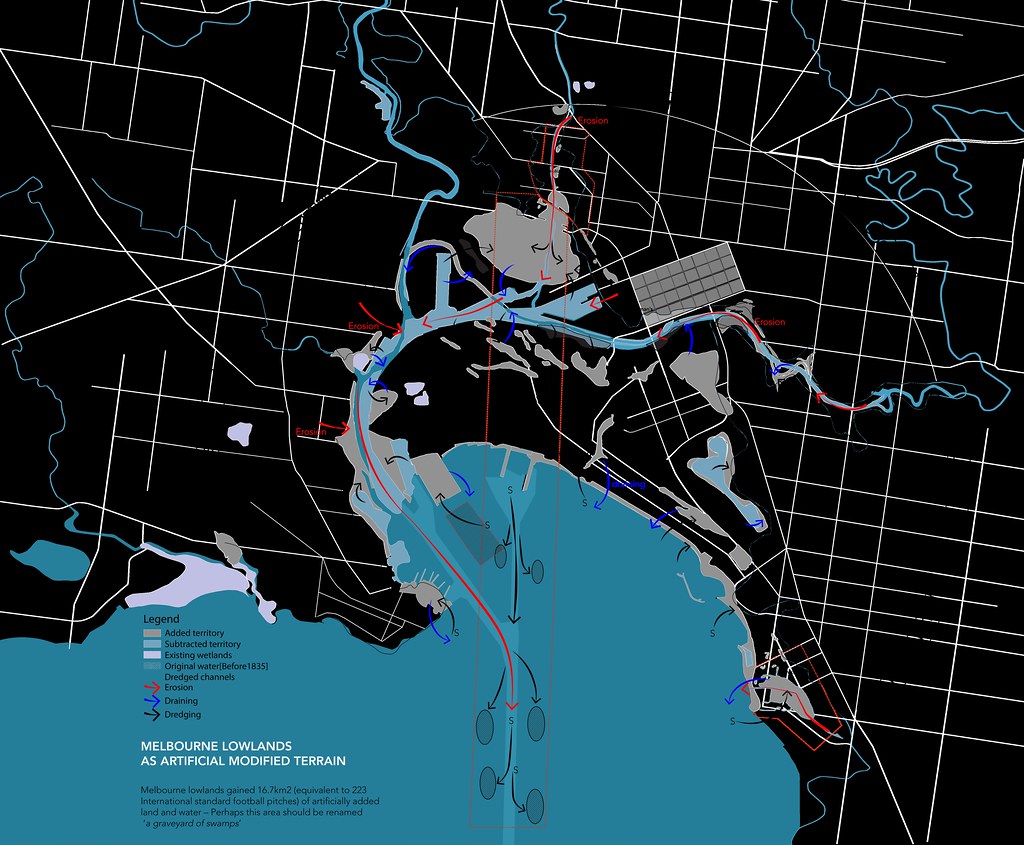