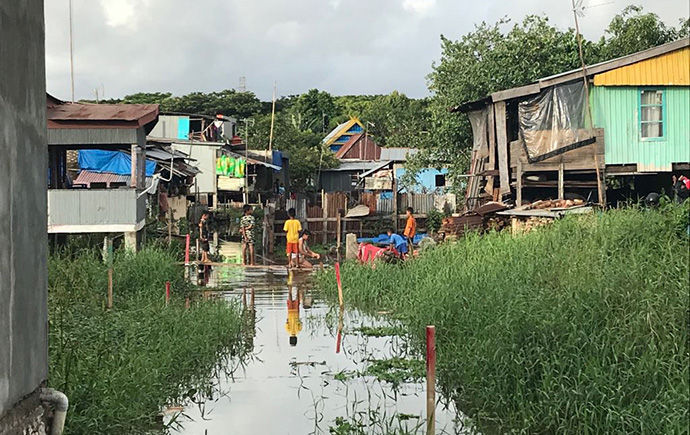 She would go to her home often to take showers, and she was doing that secretly, not saying anything to her mother in law; she would just tell her that she misses her family and she wants to go to visit them. Dewi told me later that the young wife said: ‘Before you get married, you should ask your husband about his water supply’

These three are manifested in one of the world’s most wicked problems – that of how to design and deliver health and environmental improvements for the one billion people living in slums today, and how to mitigate this number increasing to 3 billion by 2050. How to do this in a participatory way that meaningfully engages people and the full diversity of non-human actors to address systemic change?

This PhD research has been conceptualised within the framework of the Revitalising Informal Settlement and their Environments (RISE) program. It aims to explore the tensions and contradictions of how a Global North technological innovation can be designed within a complex socio-cultural environment in the Global South.

Conceptualised as a cross-sectional case study, the research explored how a decentralised, water sensitive infrastructure intervention has been designed in six informal settlements in Makassar, Indonesia. This investigation has revealed a set of opportunities and barriers for successful integration of water sensitive urban design and Indonesian informality. Furthermore, it explored the participatory design methodology that emerged across cultures, epistemologies and distances.

The main findings advocate for the role of architects and designers in systemic sustainability challenges, but also for a change in the design epistemology towards socio-technical, both human and non-human worlds. 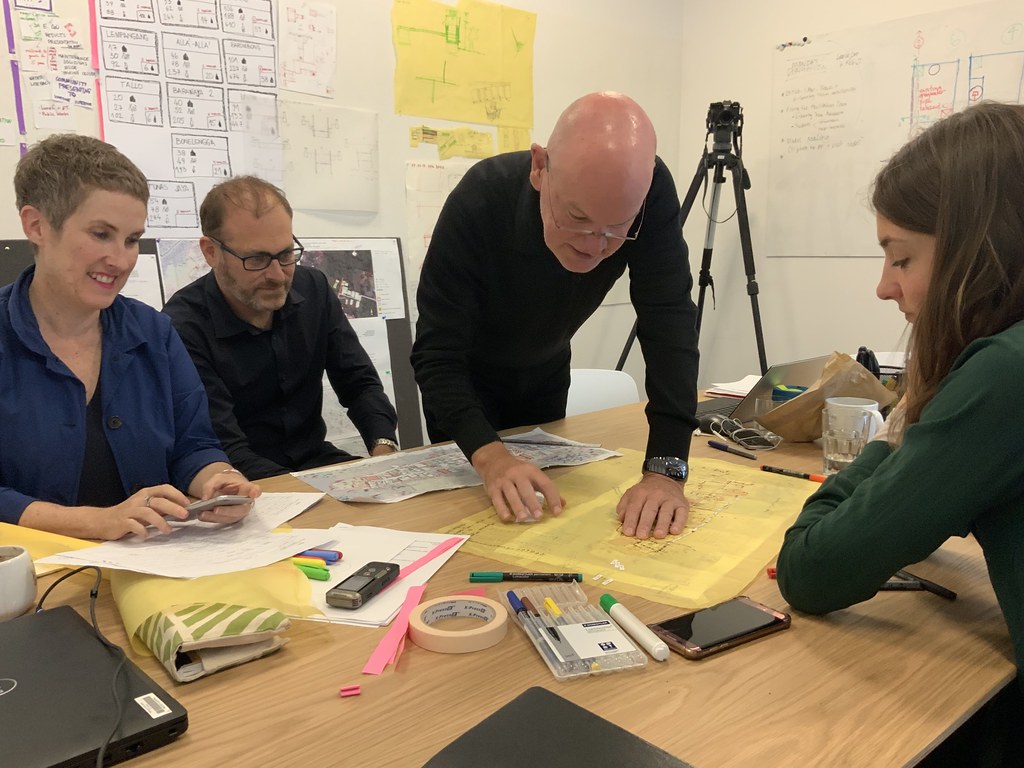 How can a Global North technological innovation integrate with a complex socio-cultural environments in the Global South? 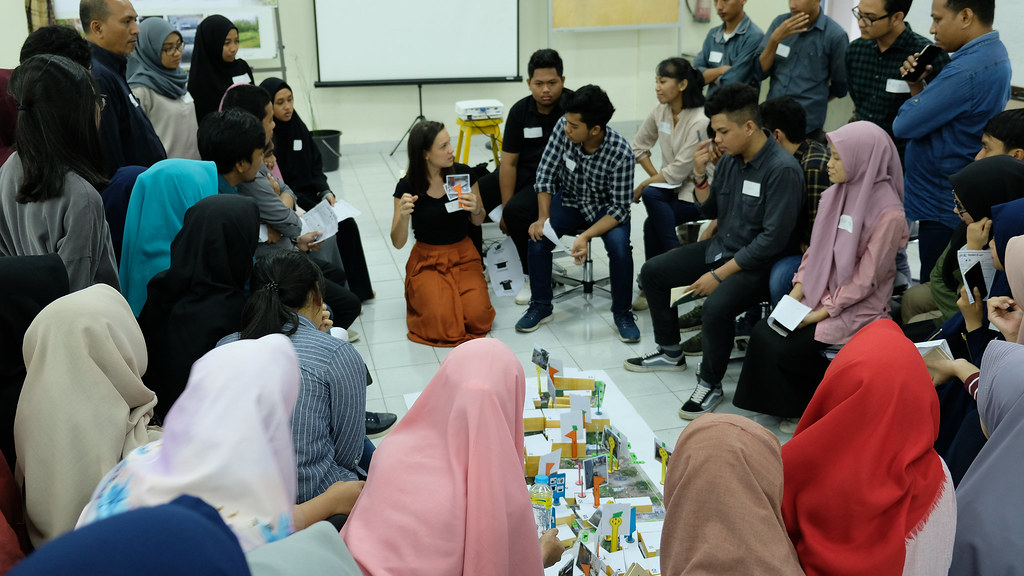 Simulation workshop with students at Hasanuddin University in Makassar

Changing and adjusting the engagement methods for a specific cultural context, following the boundaries set by the infrastructural system. 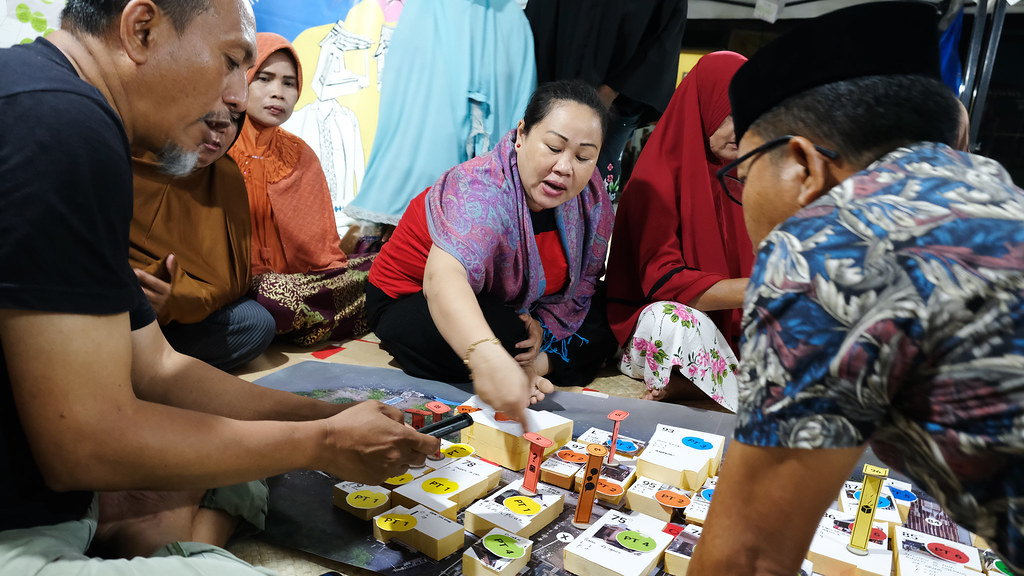 Discussing the settlement in different ways

A workshop in one of the settlements in Makassar, Indonesia. 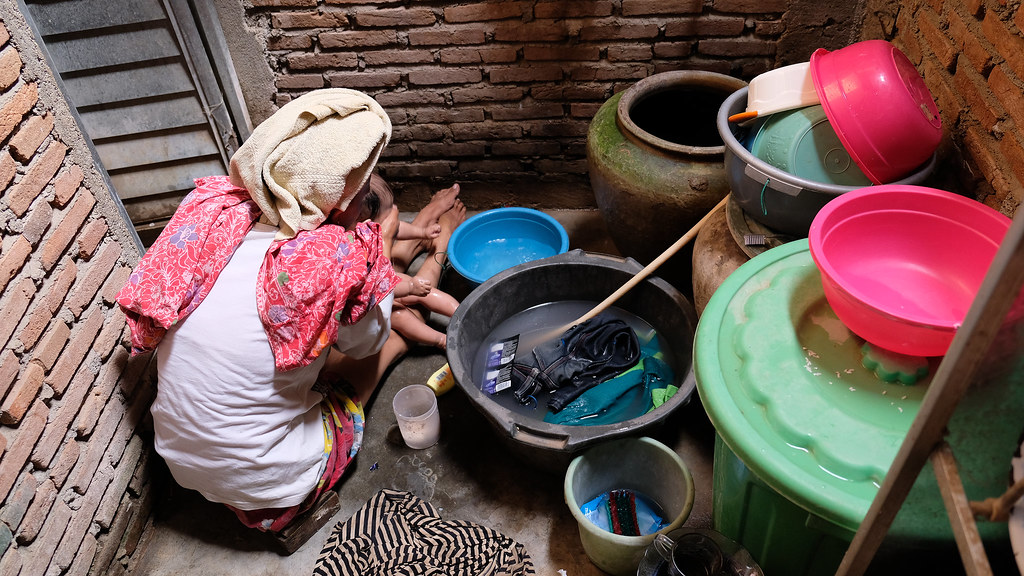 A bathroom is a complex socio-technical entanglement

After taking a shower, a young woman is bathing her baby. In the morning, this is the place for washing dishes, fish and rice. Big earthen pot is for storing clean water that is used five times in a day for wudhu – ritual washing before prayer. After the shower, she will finish with washing the clothes. Baby will play with water and buckets. 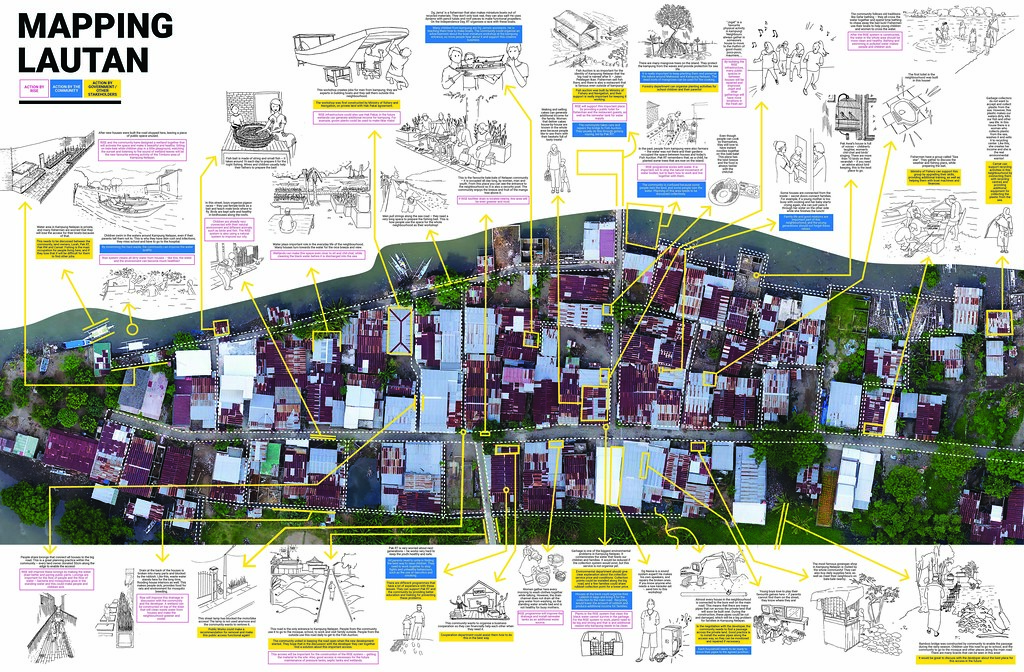 The map of places that are important for the community in one of the settlements in Makassar.

Kinship relations in a settlement highly influence the design of the infrastructural system, not only the soil, water levels and topography. 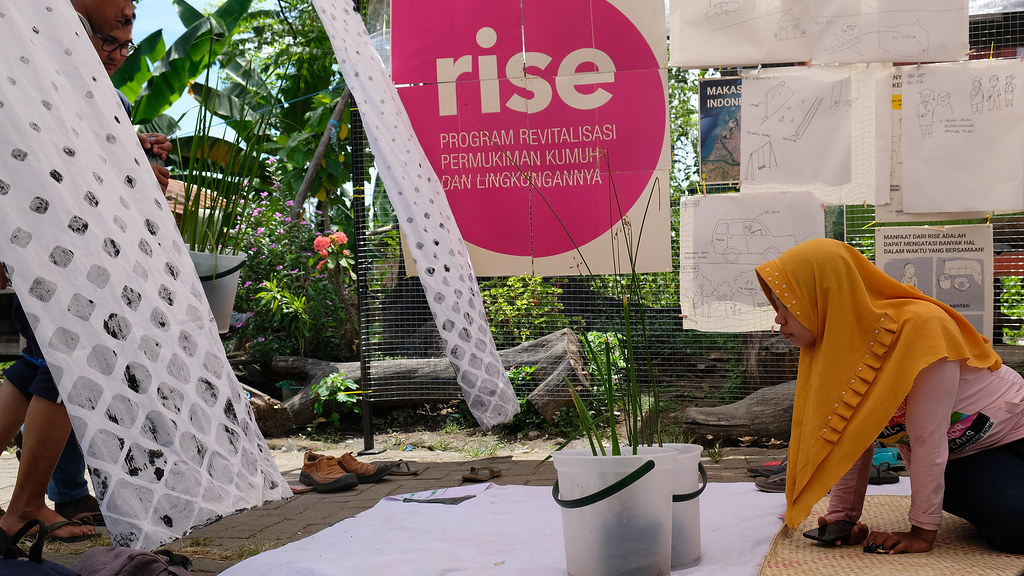 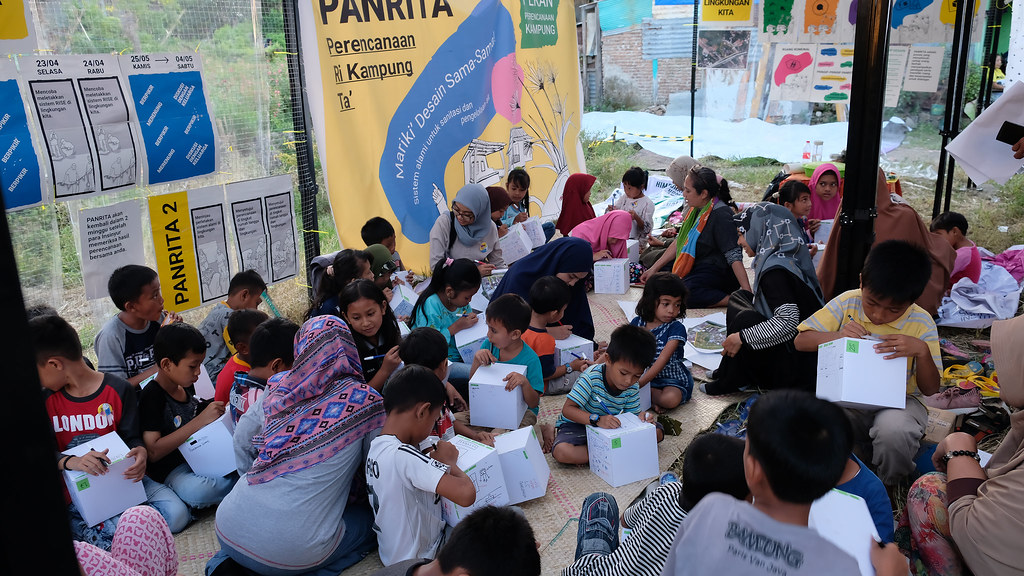 The connection between water, contamination, and people happens in many different ways. 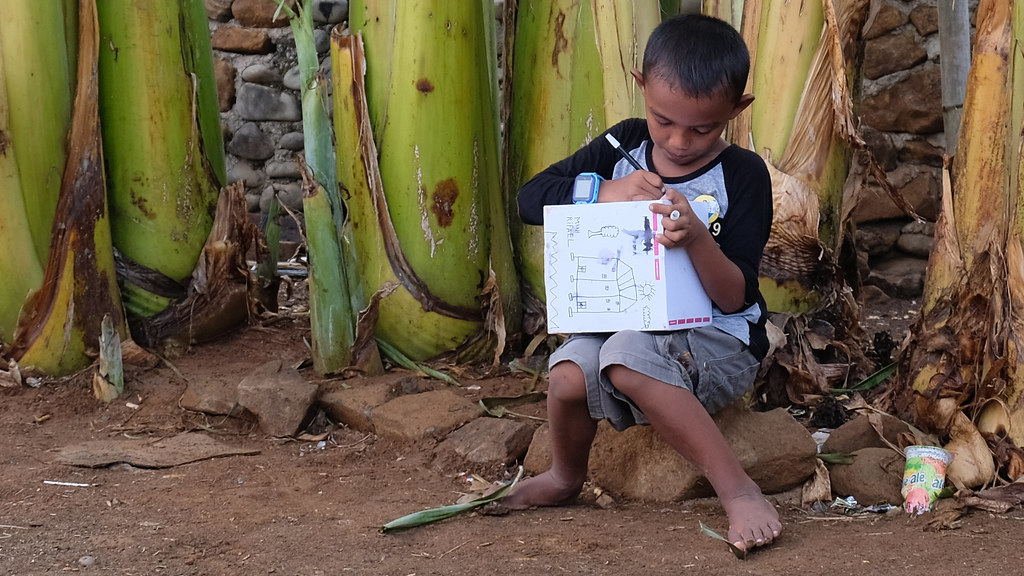 Tell me about your settlement

Designing ways to hear from the children – they are the most exposed to the environmental contamination, they are the ones that will care for the infrastructure and keep inventing new ways of integration.