This project investigates potential design strategies for regenerating Melbourne’s middle suburbs – more specifically the residential neighbourhoods in those suburbs. It examines how conventional delineations of public and private domains might be reconsidered and restructured to create new shared thresholds of diverse and intensified use.

While the suburbs share the infrastructural DNA of the city, they fail to adapt and evolve like their ‘urban’ counterparts. This study interrogates the specific physical make-up of Melbourne’s suburbs and reconstructs a spatial narrative within which new design possibilities can emerge.

A top-down approach explores the suburbs in a metropolitan context to reveal the particular circumstances and ideologies that have influenced Melbourne’s settlement patterns. The research challenges the contemporary notion of ‘neighbourhood character’ through the spatial history of the ‘¼ acre block’ and, now, the dual occupancy.

A bottom-up exploration starts, not with the object of the private dwelling, but the public-private ‘buffers’ around the dwelling: building set-backs, front yards, driveways and nature strips. These semi-public thresholds shape the physical fabric and collective occupation of the suburbs. Their aggregation constitutes the (sub)urban field.

A redundancy, or slack, exists within the thickness of these public-private boundaries, representing new sites for localised interventions and urban change. By redefining the (sub)urban field – the space between the architectural object and the urbanism of the metropolis – this project seeks to articulate a future (sub)urbanism for Melbourne. 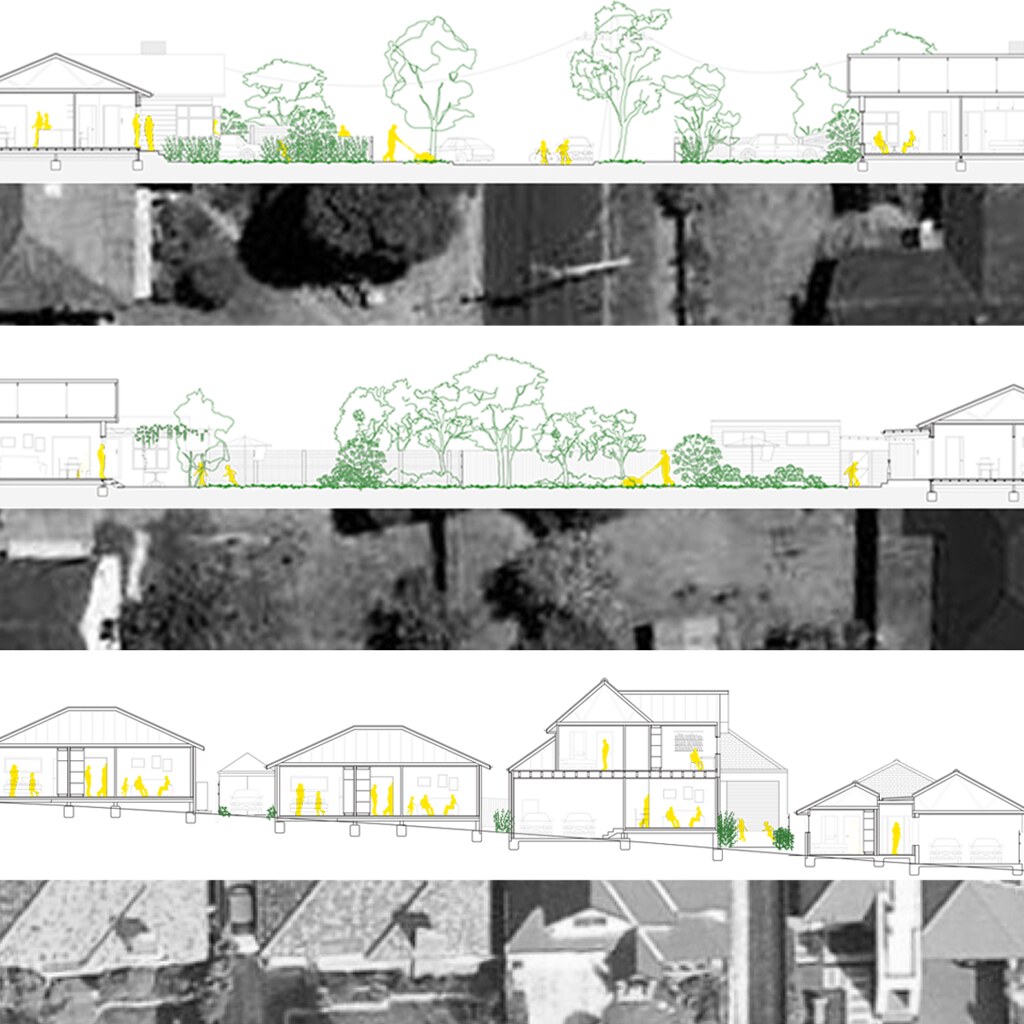 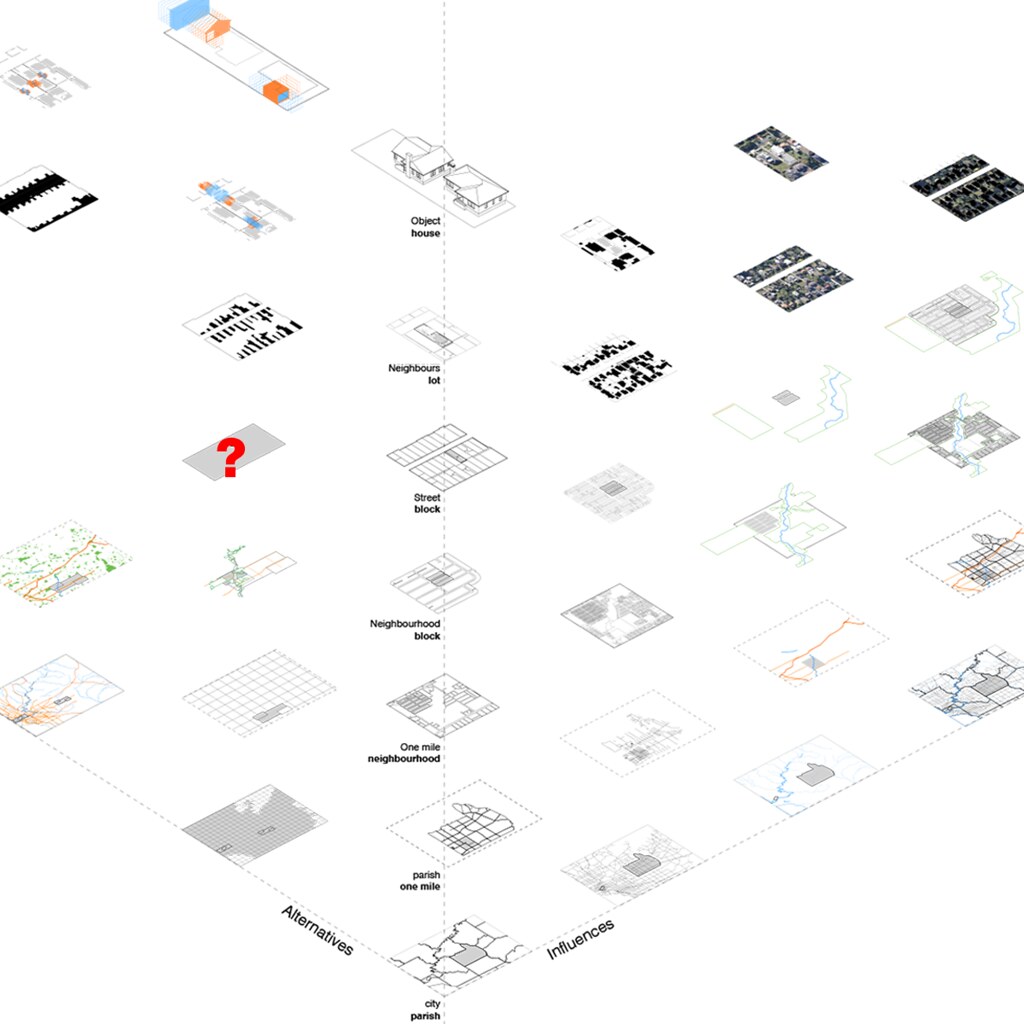 Rather than approaching the regeneration of our suburbs as a series of discrete spaces, could public and private realms be spatially contrived, extended and overlapped to create diverse thresholds of shared, intensified use? 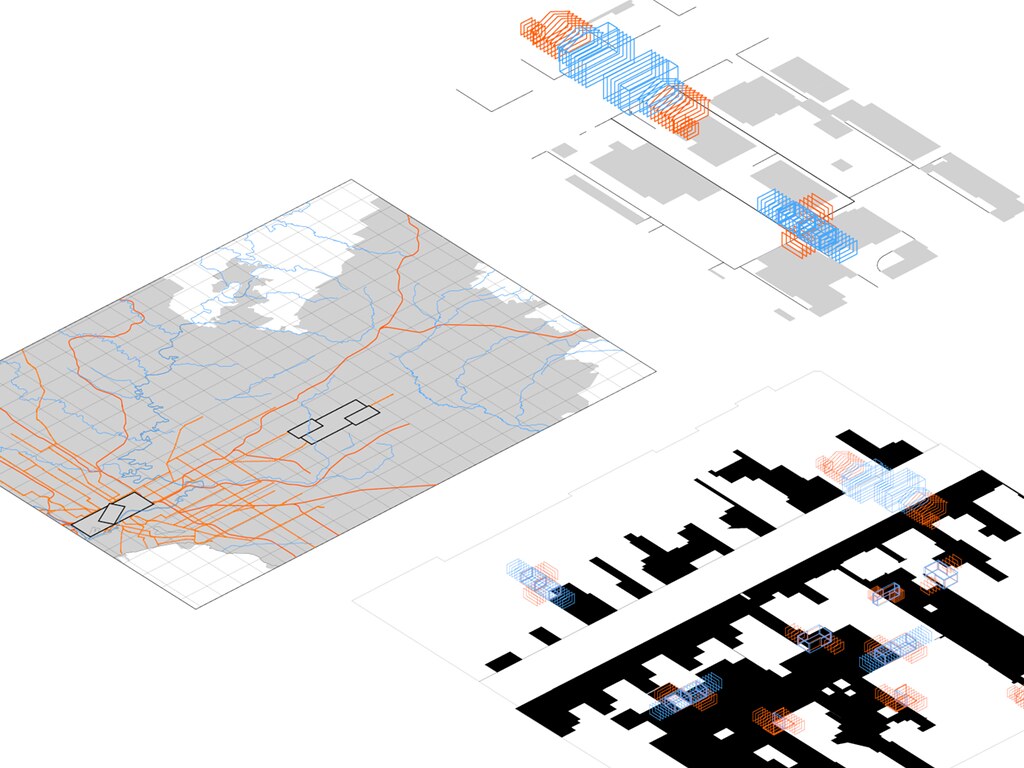 Lee-Anne Khor, between architecture and urbanism

The discourse around suburban redevelopment is dominated by metropolitan-level economics, infrastructure and land-use planning concerns, which do not account for the specific spatial qualities of the built fabric. Conversely, a great deal of design knowledge exists around the architectural object of the dwelling but design engagement tends to end at the lot boundary. In this sense, there is a gap in our collective knowledge about the suburban condition: a ‘lost’ space between architecture and urbanism. This project focuses its operations at this scale and seeks to spatially redefine the (sub)urban field. 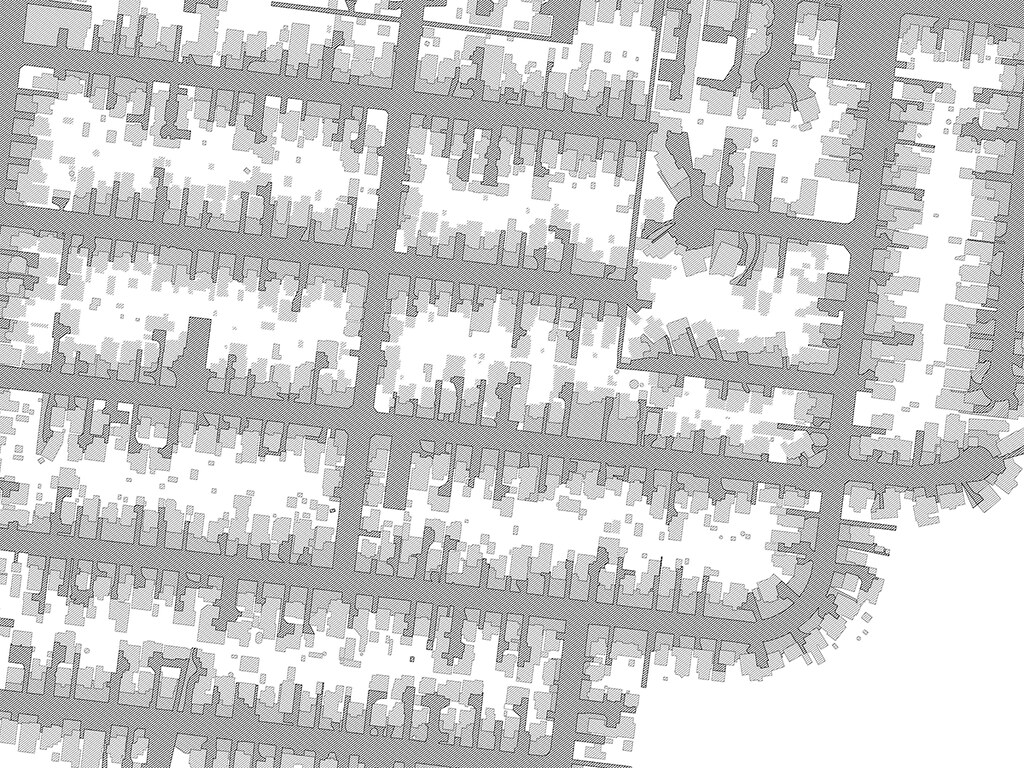 Mapping the transitions from public street to private residence suggests a new spatial structure for suburbs and exposes potential sites for new interventions and shared uses. 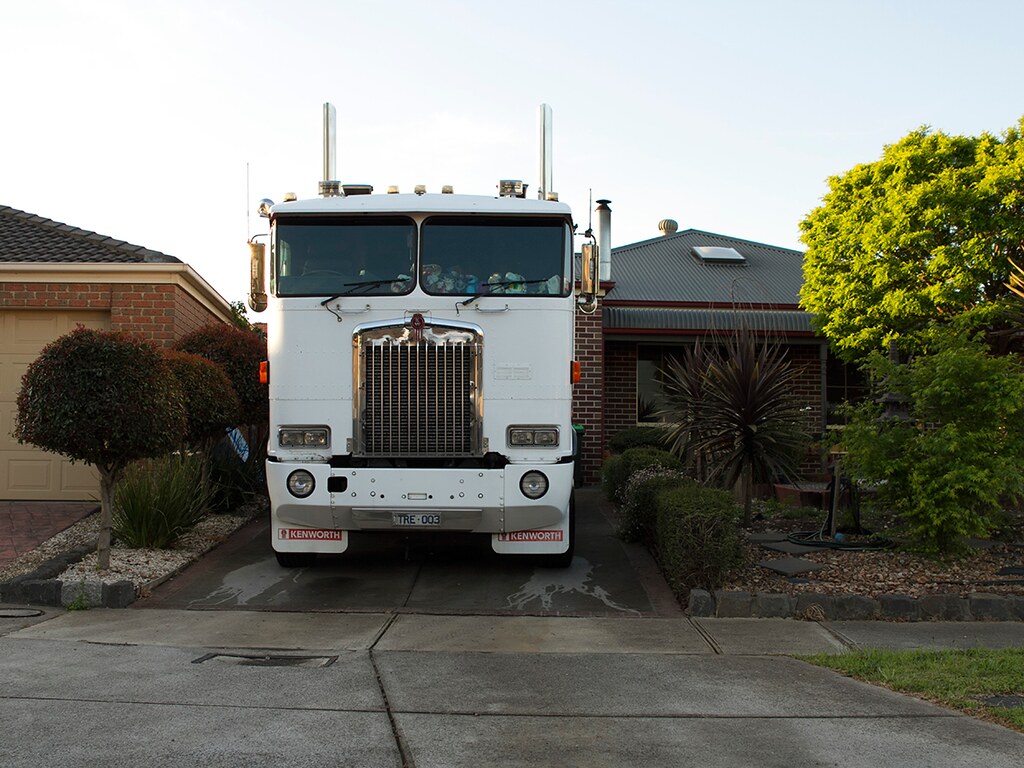 Lee-Anne Khor, There’s enough space to drive a truck through

The suburban condition is often misconstrued as homogenous and somewhat ‘dull’ in comparison to the heterogeneous urbanism of the city. In reality, the occupation and use of the (sub)urban field is highly variegated. By building on the unexpected qualities, informal use and spatial adaptations already taking place, the physical form of our neighbourhoods may evolve.