By ‘city life’ I mean a form of social relations which I define as the being together of strangers. In the city persons and groups interact within spaces and institutions they all experience themselves as belonging to, but without those interactions dissolving into unity or commonness. City life is composed of clusters of people with affinities (…) a vast array of small ‘communities.’

This proposal focusses on investigating how social diversity distribution relates to the urban space complexity (form and function) and what are their combined outcomes on human interactions happening in public spaces.

The physical expression of the urban space and the social manifestation that takes place on it are open for interconnected influences that define the evolution of cities. They mutually influence each other at different levels, from the design of a project to the material reality.

Initially, the way of thinking and producing the morphological attributes of an urban area is generated by a society’s values and policies. By its turn, the produced physical elements of an urban tissue might be a factor delineating people’s spatiality. Likewise, the way people occupy the space, qualifying it with functions and meanings, could reshape it and create unique places. Additionally, not just how but also who is occupying the space may as well be important for its configuration.

These processes come together on how people bring life to spaces by establishing relations between each other and between the physical elements, defining its complexity. This research attempts to unpack some of these dynamics, questioning: To what extent and how people’s diversity and places’ complexity promote city life? What are the policies contexts and what is the role of urban planning on fighting the homogenization of cities? 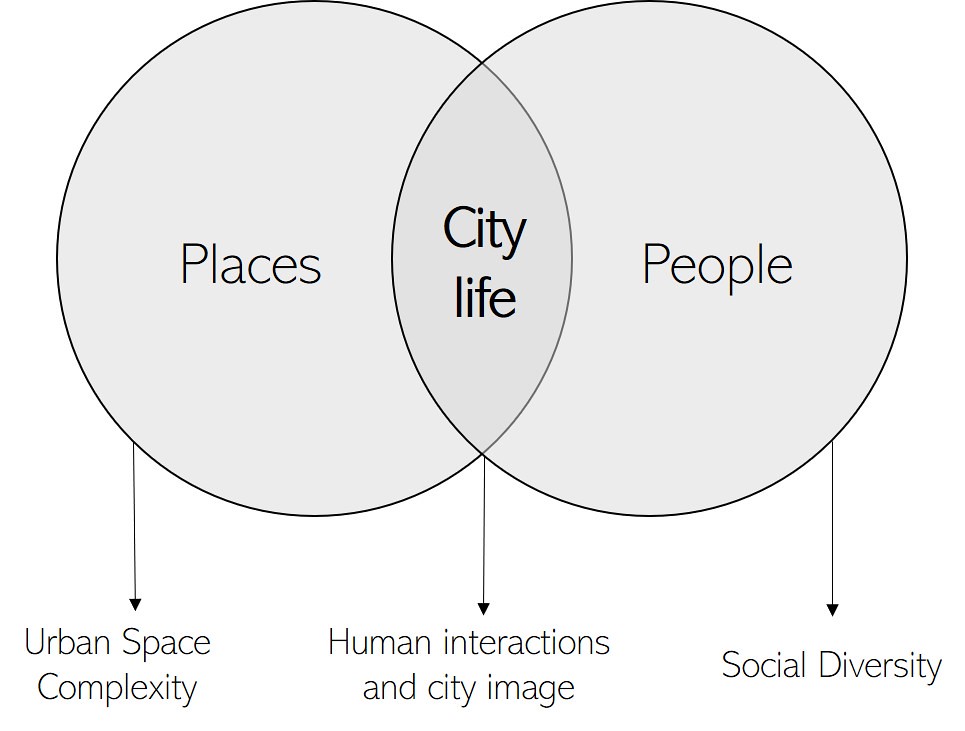