Activist Imagery: How can we deepen the engagement and (political/social/cultural) impact of Advanced Practice?

I research the intersections between advanced architectural practices (generative systems/parametric articulations) and a critical mode of utopian thought. The research seeks agency in advanced urban practice, as a mechanism to imbue the images and artefacts produced by these approaches with a critical language and awareness.

This research is an attempt to bring advanced architecture into its own – into spaces for which it is particularly suited; sites of speculation, experimentation, provocation. It asks, 'how can we deepen the engagement and (political/social/cultural) impact of Advanced Practice?' I am using these processes to investigate, test and frame a new kind of utopian advanced architecture that is able to move past reiterating contemporary frameworks or simply modelling and “entrenching known features”.

These parametric Utopias begin to operate outside of 'built architecture - a territory characterised not by “bricks and mortar but in the way they prioritise cultural, social and geopolitical relations” – without losing their narrative significance to agency. These emergent results are capable of obscuring deliberate design gestures to achieve “cognitive estrangement”, a mode that, in making strange, exposes underlying patterns in existing systems and serves as an epistemological scaffold to examine deficiencies in the now. Yet they retain a familiarity and a conversance in the long chain of image and architectural form making – in a “history of conventions and expectations as well as a language of futurity”.

This finds outlets through direct image making, as well as the production of structured models and simulacra - digital simulations of large scale urban territories. 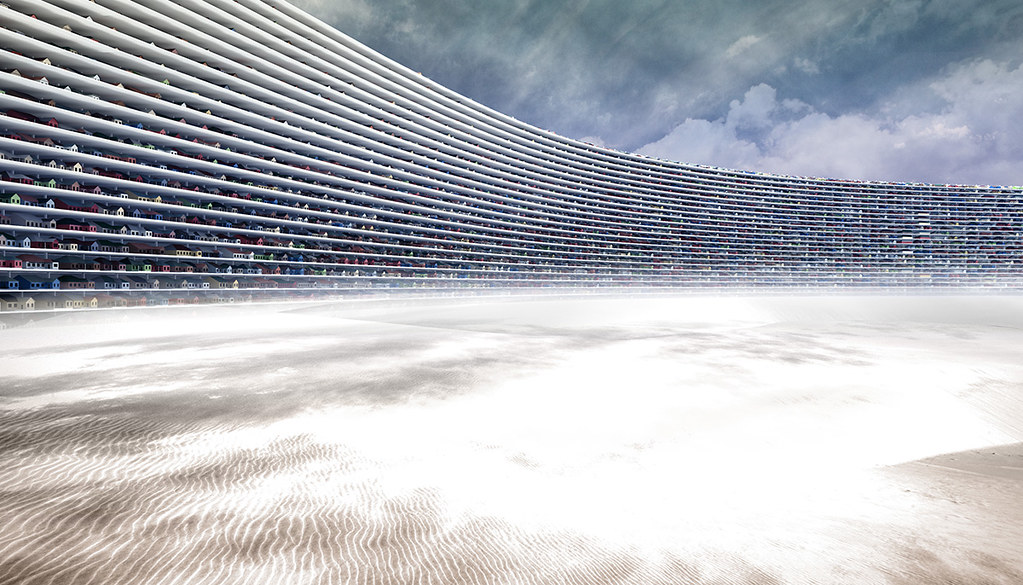 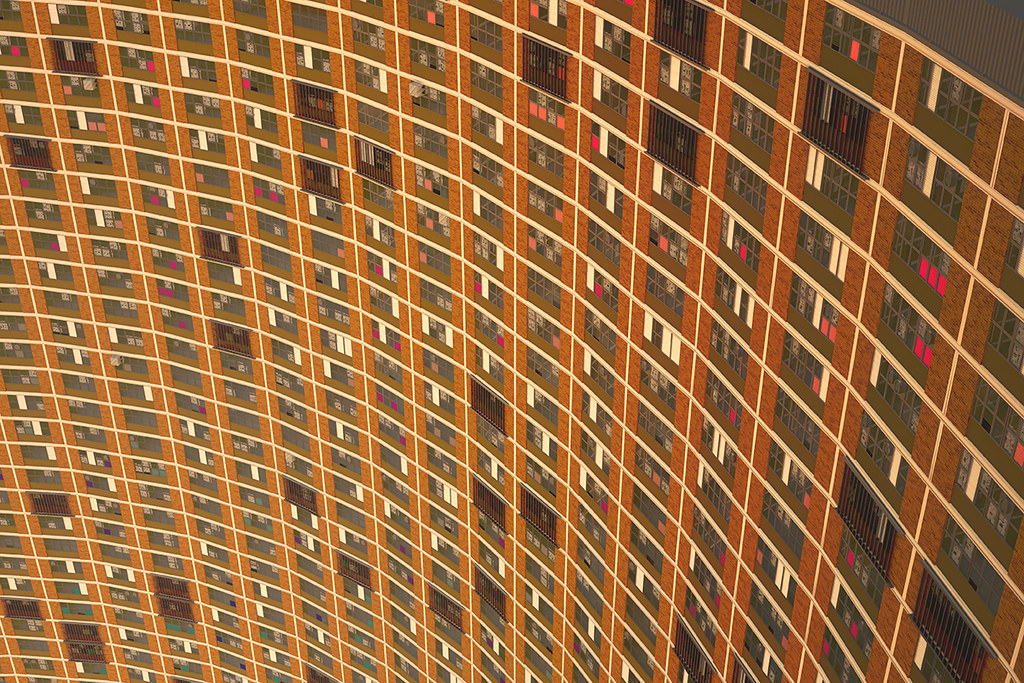 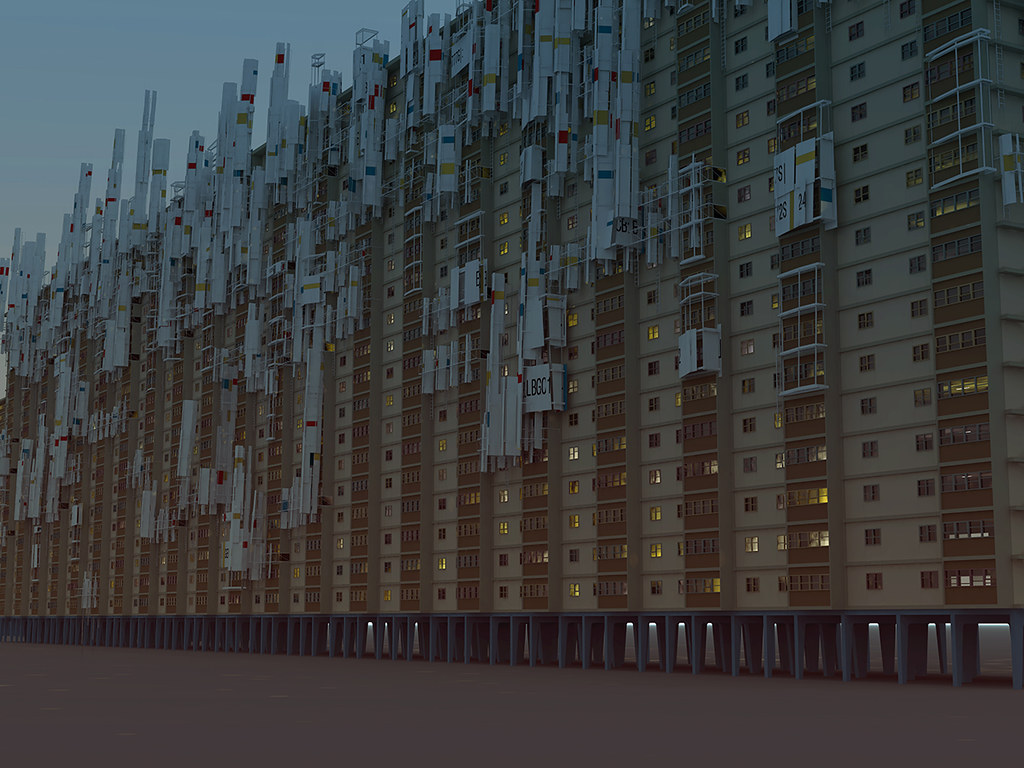 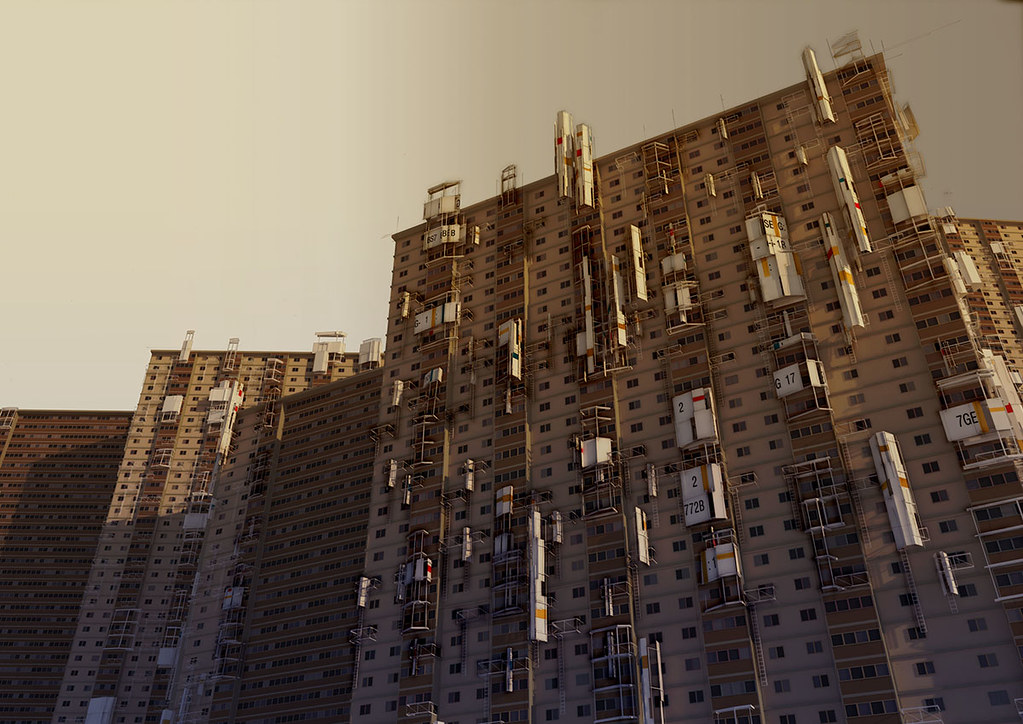 Altered towers loom out and beyond all familiar scales.