This hulking mass of pipes belongs historically to a type of modernism that celebrated the beauty of industrial architecture and engineering by expressing its aesthetic on the surface of the built form. One can think of the Eiffel Tower, Richard Roger’s Pompidou Centre, the speculative architecture of Cedric Price and indeed of our own Harbour Bridge, as significant examples of such an aesthetic that looked in wonder at the density of utilitarian industrial forms, such as the oil rig, the gasworks, the power plant and so on.

The twisting aesthetic of overlapping pathways also alludes to the complex exchange of information and data in the global city. One can think here of the density found in industrial looms of electrical wire, data cables and the idealised graphics of information technology, including the imaging of data flows and transport system maps.

As an image it appears at once like a strangely organic figure emerging from the water’s surface that might extend deep below the surface as much as it does above, and this image shifts in scale and form when viewed from land or sea; from up close during the day at the edge of Nawi Cove, with its massive scale towering over you though remaining just out of reach, from the top of the tallest building with its knotted head winding in and out as it curls back toward its reflection in the water, or from faraway on a ferry at night, blinking in the dark 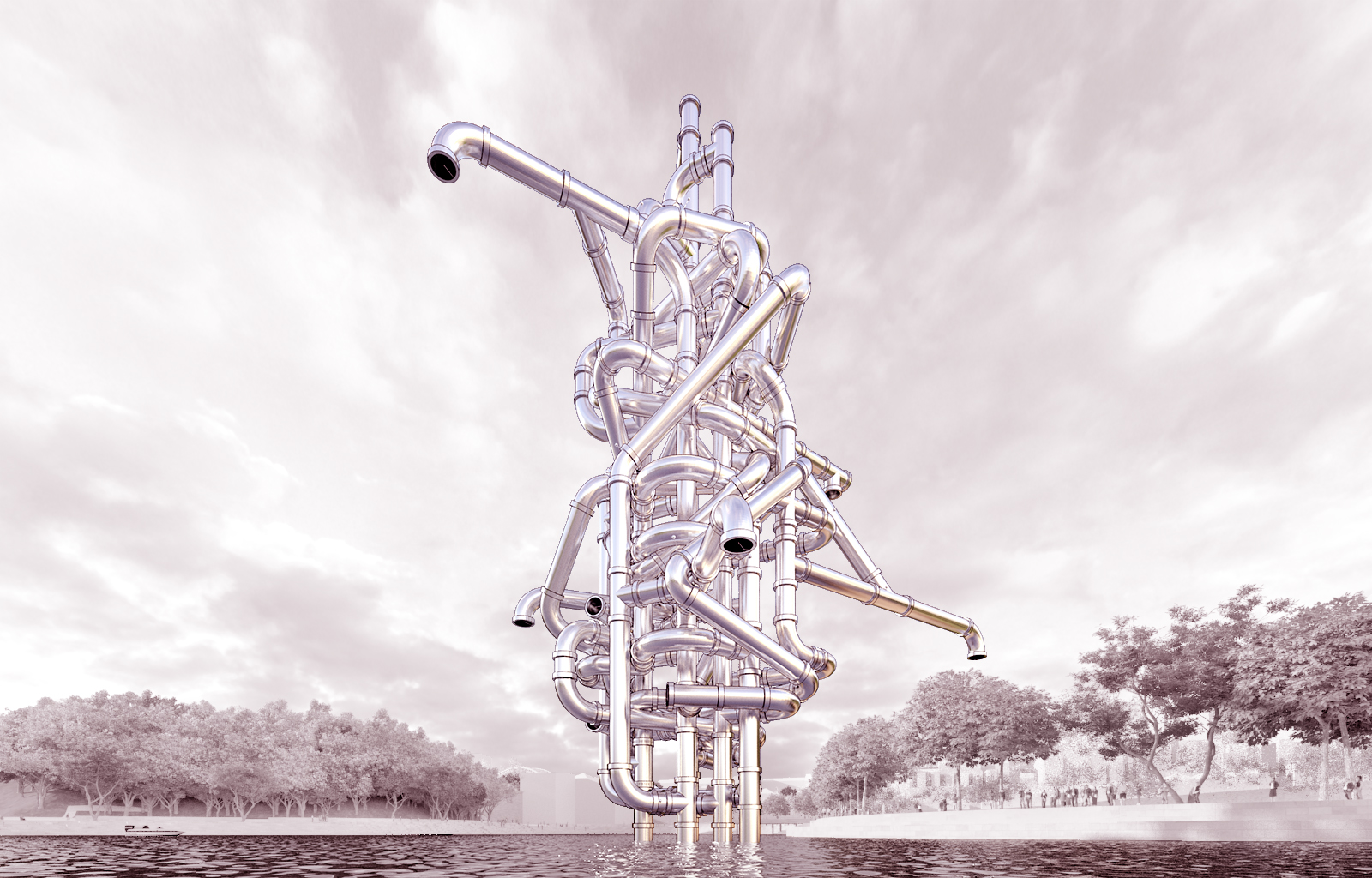 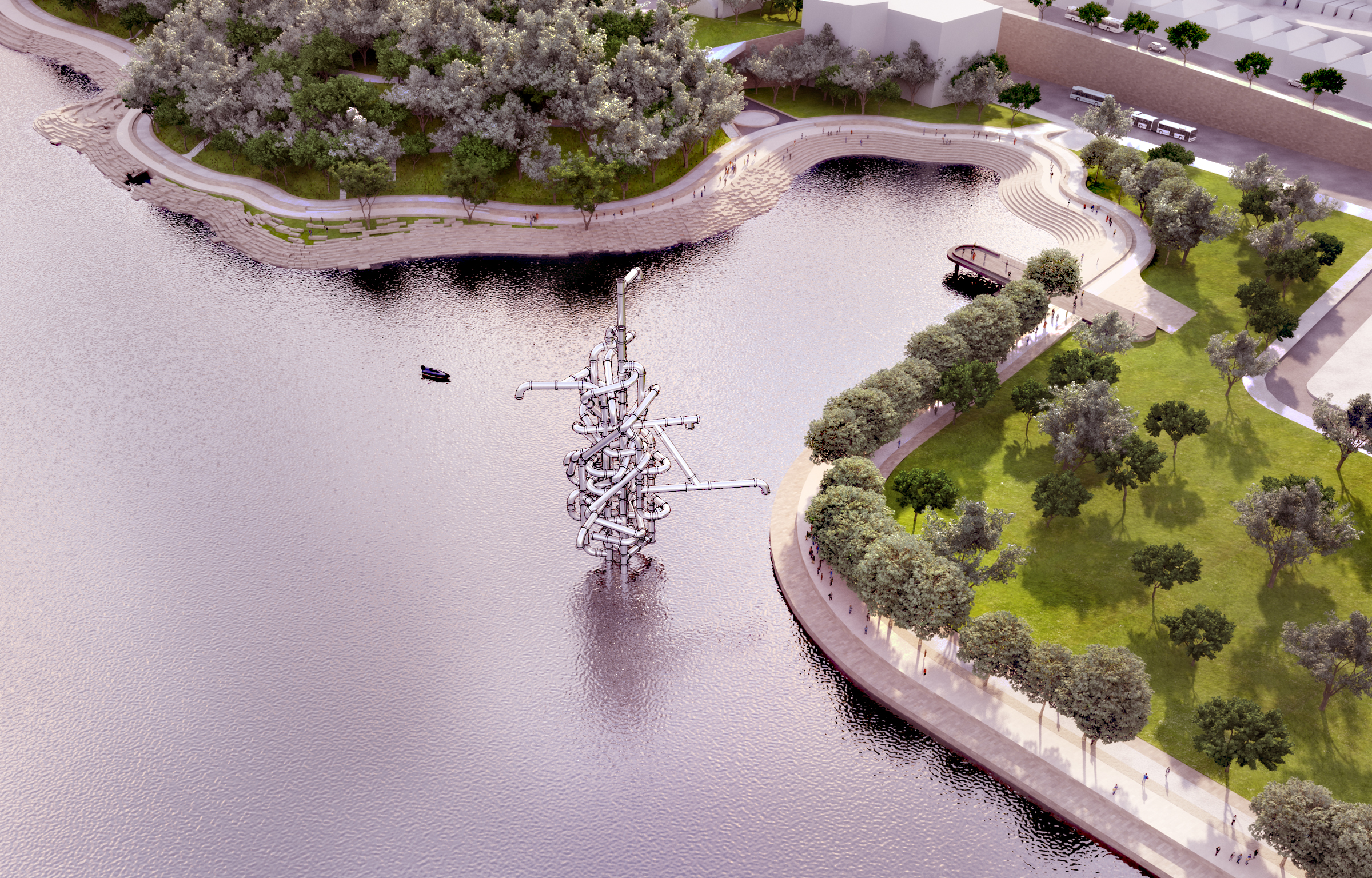 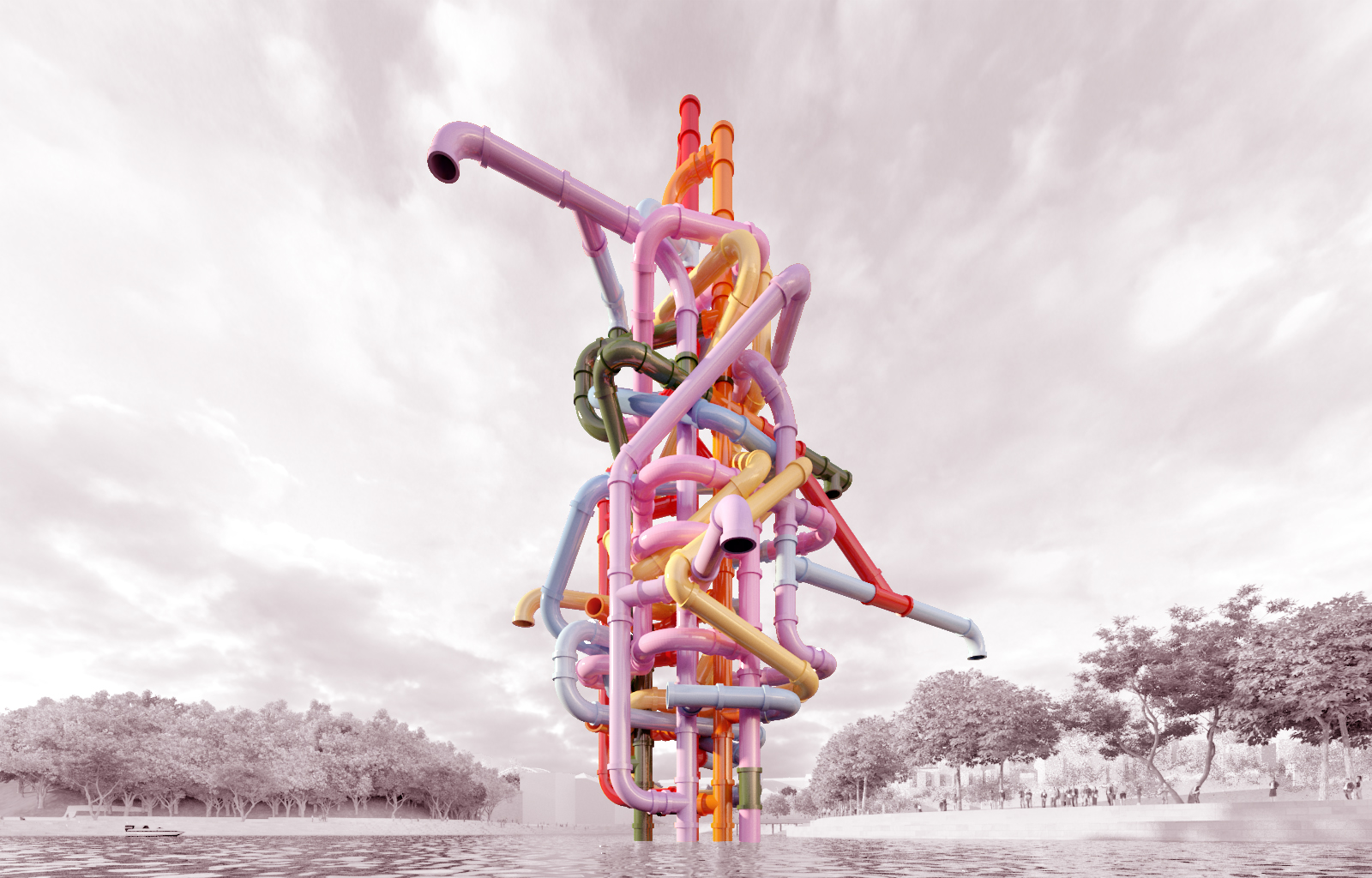