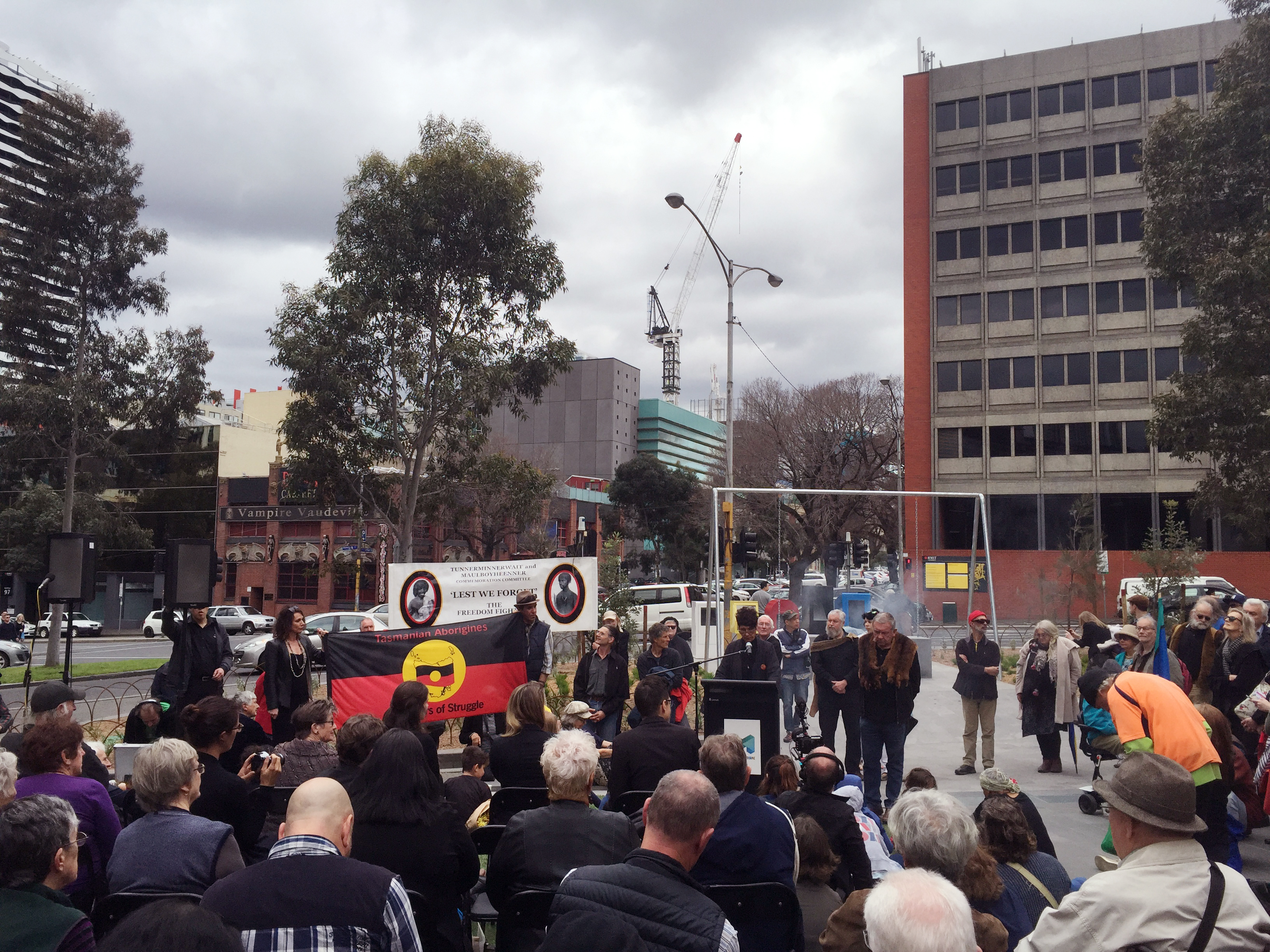 Opening of Standing by Tunnerminnerwait and Maulboyheenner, 10th of September, 2016

MAP worked with Brook Andrew and Trent Walter to develop and image the memorial 'Standing by Tunnerminnerwait and Maulboyheenner'. It is the first monument to the two Aboriginal men executed in 1842 and will serve as a war memorial to Indigenous people's clashes with colonists. The memorial is sited near the Old Melbourne Gaol and the City Baths close to where in 1842, 5000 people watched Tunnerminnerwait and Maulboyheenner hang for two murders. At the time the pair were dubbed blood-thirsty outlaws, but this memorial recognises their plight as freedom fighters resisting white settlement. The monument will educate locals and visitors about the forgotten colonial wars between Europeans and Aborigines. It is hoped it will become a focus for contemplation and understanding about inter-generational trauma, anger and the need for proper recognition. 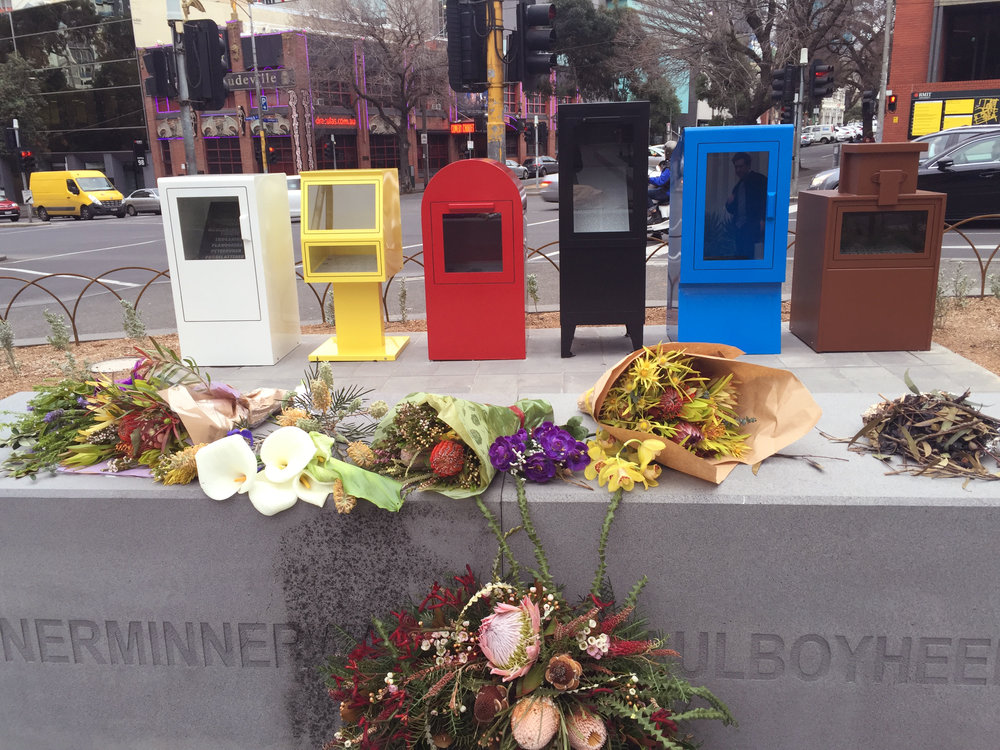