Drawing on neural and biological systems to raise questions about labour, consumption, capitalism and its rifts.

'Termite Economies’, phase 3, asks how thinking through nature might change the way economies respond and adapt to feedback from their environments.

Part three of the ongoing project ‘Termite Economies’, this exhibition continues Nicholas Mangan’s use of termite behaviour as a way to explore new ways of viewing relationships between nature and culture.

This latest iteration, ‘Neural Nodes and Root Causes’, looks at neural and biological systems, plasticity and locations of control, and the concept of stigmergy; how insects leave traces of their activities for other insects to follow.

Based on algorithms, the project includes bronze and 3D-printed sculptures, as well as digital photographic prints. Three-dimensional models of human neural nodes provided by Monash’s Department of Neuroscience formed the basis of ‘Neural Nest’ (slice), 2019, while ‘Root Causes’, 2019 used algorithms modelled on the behaviour of swarming termites to create three-dimensional printed forms that were used to cast tunnels that were later filled with bronze. 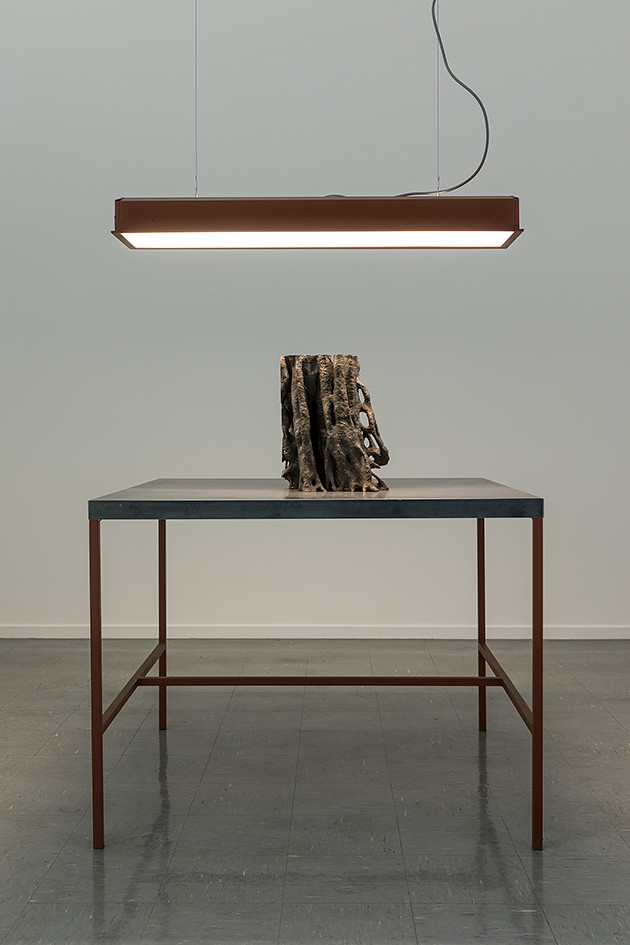