Re-reading the history of the Australian domestic interior.

This research repositions the ordinary Australian domestic interior from a space of cultural dismissal to one of historic significance. We are a home-centred nation, yet historically our Anglo-mythology has only celebrated the ‘outside’; the remote and shapeless landscape collectively defined as ‘out back’. The bush and those who conquered it—squatters, explorers even bushrangers and vagrants—provided the foundation on which to build an emerging and independent Australian identity. The inside was subservient to English protocol; the outside was entirely our own.

This research relocates the Australian domestic interior as a site of significant accomplishment. What could not be tamed in the Australian exterior could be weakened or usurped via a material display of control on the inside. The interior with its familiar, comforting and carefully delineated rooms, permitted overt control and a site for daily personal victories: familial nurture, cleanliness, order and even prettiness. Small and domicile as they were, these triumphs were indicative of the capacity for colonial Australians to conquer their unfamiliar space before it conquered them. Yet these victories, predominantly achieved by women, remain unacknowledged and unexplored.

Through re-evaluating the advice manuals that helped women to realise the semiotics of ‘home’ within the Australian landscape, these early printed domestic documents shift from ephemeral novelty to significant contributors to the establishment Australia’s emerging sense of national identity and transnational belonging. 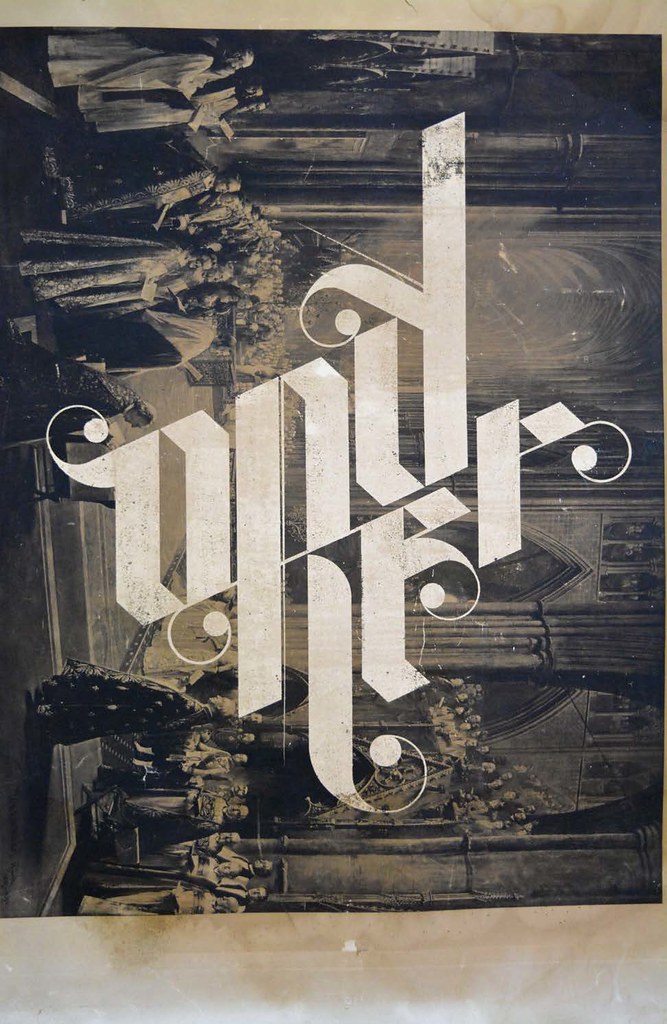 Typography created by removing the top layer of corroded ink from a nineteenth-century print.