The project maps the sustainable transition of the urban environment of this small settlement.

The Triabunna Tomorrow project is an ongoing urban revitalisation project that seeks to unlock the hidden cultural and environmental assets of Triabunna – a small township on Tasmania’s east coast – as it transitions from a recent history as a service town for recently closed large industry. The early stages of the project were undertaken as a design research study by a group of Master of Architecture students from Monash University Art Design and Architecture (MADA) and the Regional Urban Studies Laboratory (RUSL) within the School of Architecture & Design at the University of Tasmania. The study engaged in a careful process of community consultation towards generating a range of speculative urban design ideas for the town.

This initial research was then distilled and added to into the Triabunna Urban Design Study Report that was delivered in late 2014. The report put forward a series of practical recommendations for the long term future public realm of the town. The report also outlined a series of Stage 1 projects that could be used to pursue small funding grants and be implemented in the short term to make an immediate impact on the urban environment of the town. The first of these projects, the Triabunna Gatehouse was recently completed after having received a federal tourism grant for it's construction. The Gatehouse features in the 2018 Venice Biennale and won a small project award in the Tasmanian Architecture Awards. 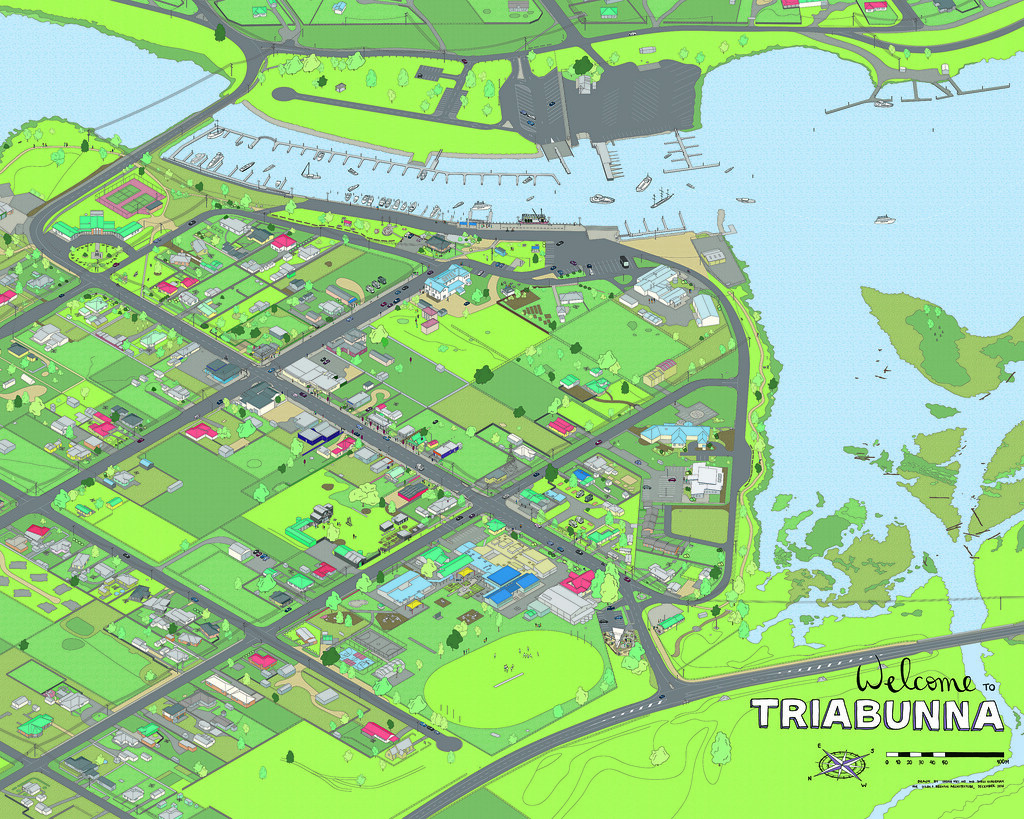