From 1975 to 1990, the city of Beirut, capital of Lebanon, became the epicentre of one of the most violent and brutal armed conflicts that broke out in the second half of the 20th Century. Fueled by sectarian tensions and the volatile politics of the region, the Lebanese Civil War left an estimated toll of 150,000 fatalities, more than 100,000 people seriously injured, and around 900,000 displaced. The conflict fell into the ‘urban warfare’ category, meaning that most battles occurred in towns, villages, and cities. This situation produced—secondary to the enormous scale of human tragedy and loss—the partial or total destruction of most of the country’s infrastructure, as well as of a large number of public and private buildings.

What can architects do in the aftermath of this kind of traumatic events? The late American architect, Lebbeus Woods, wrote about “three principles” that provide alternatives for a potential response: A) “restore what has been lost to its prewar condition;” B) “demolish the damaged and destroyed buildings and build something entirely new;” and C) “the post-war city must create the new from the damaged old.” Woods applied the latter principle in many of his projects, including the striking visions he created for of Havana, San Francisco, and—most notably—Sarajevo.

Based on these historical and disciplinary precedents, in which violence, architecture, and daily life intersect, this studio invites students to engage in a simultaneous process of historical analysis, design, and rehabilitation of both the real and the political matter of architecture. To do so, students will explore the design possibilities of Woods’ third principle; applying it on one of four buildings that, even if severely damaged during the Lebanese Civil War, still stand, waiting to be resurrected. These buildings are the Beit Barakat (1924), the Beirut City Center (1965), the Holiday Inn Beirut (1971), and the Burj El Murr tower (1974). But just before they do that, students will learn about the historical circumstances leading to this conflict, as well as of the significance of the buildings to be intervened. This learning will occur through the design of a visual timeline of the conflict, and the graphic reconstruction of these four buildings.

Students enrolled in this studio will primarily learn the complexities of architectural interventions in pre-existing buildings and structures. However, focused on a geohistorical context that deliberately diverts from western eurocentric circumstances, it is expected that students will significantly expand their cultural, political, and historical awareness. 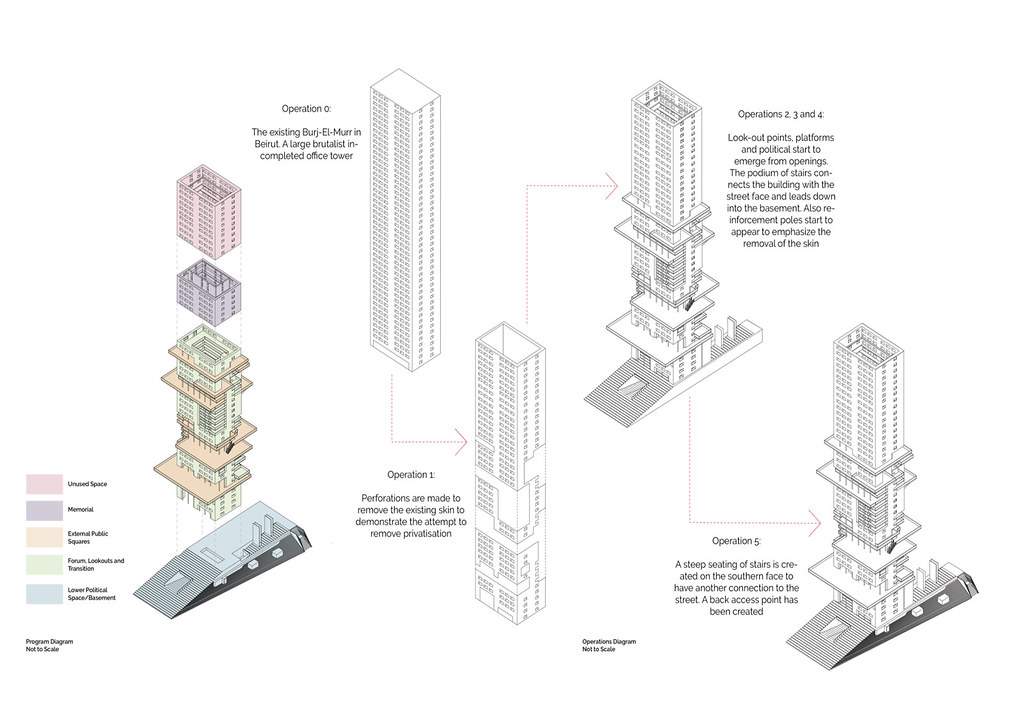 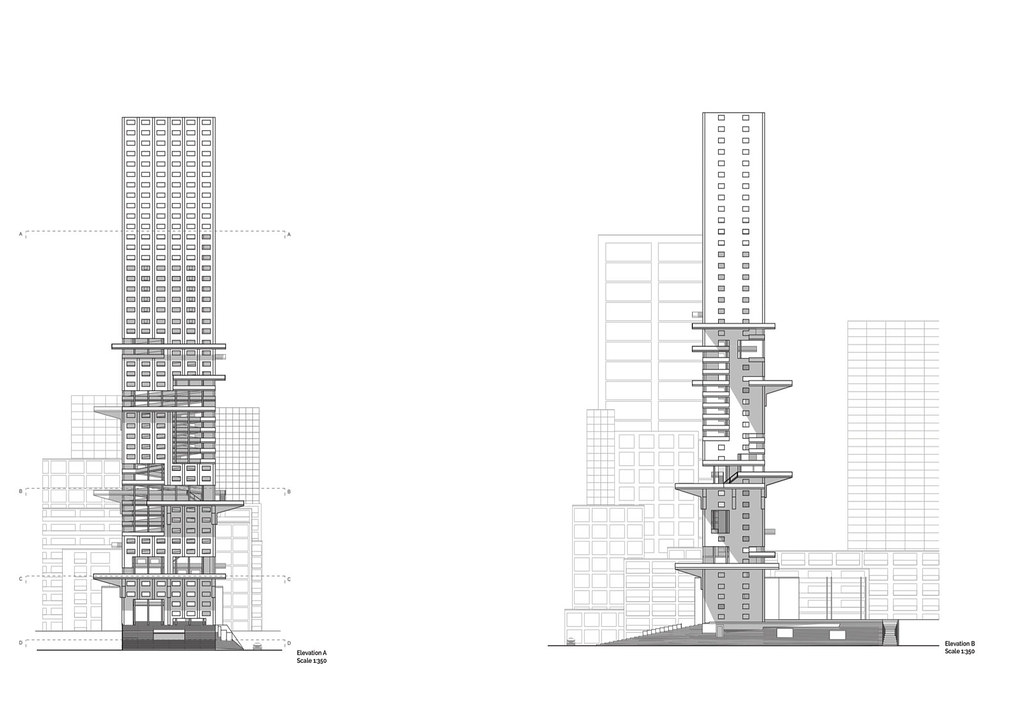 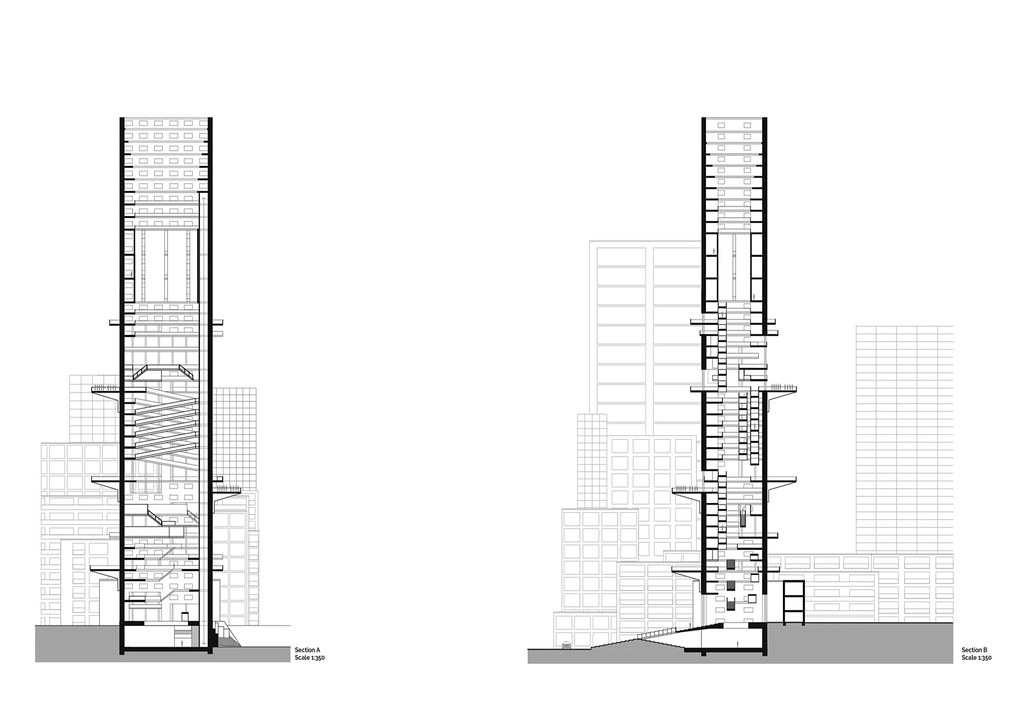 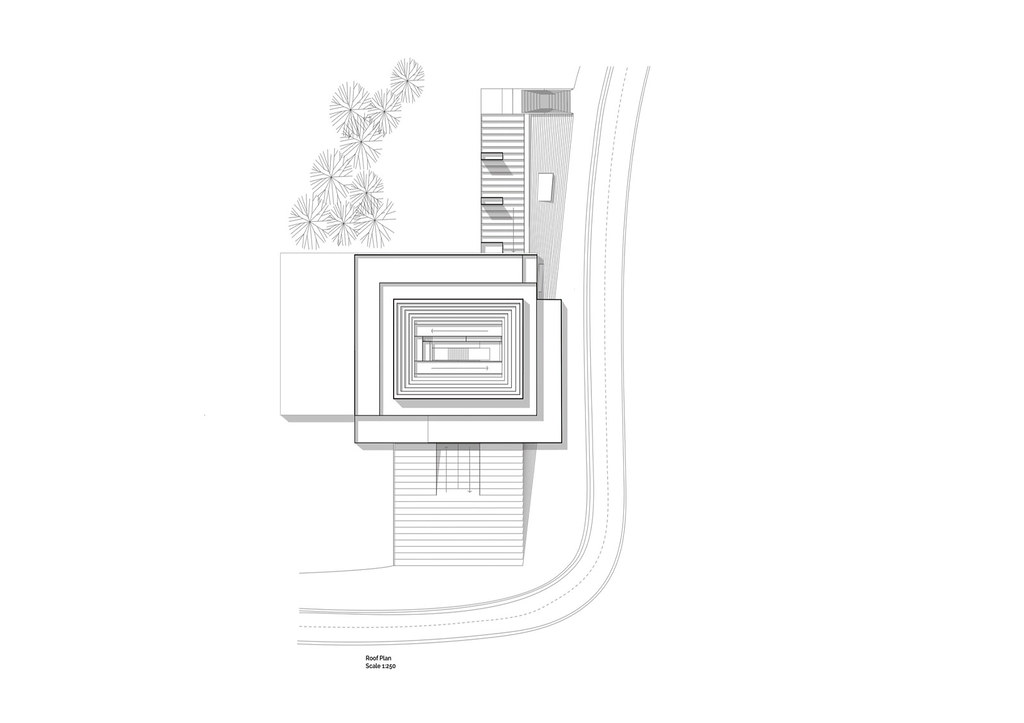 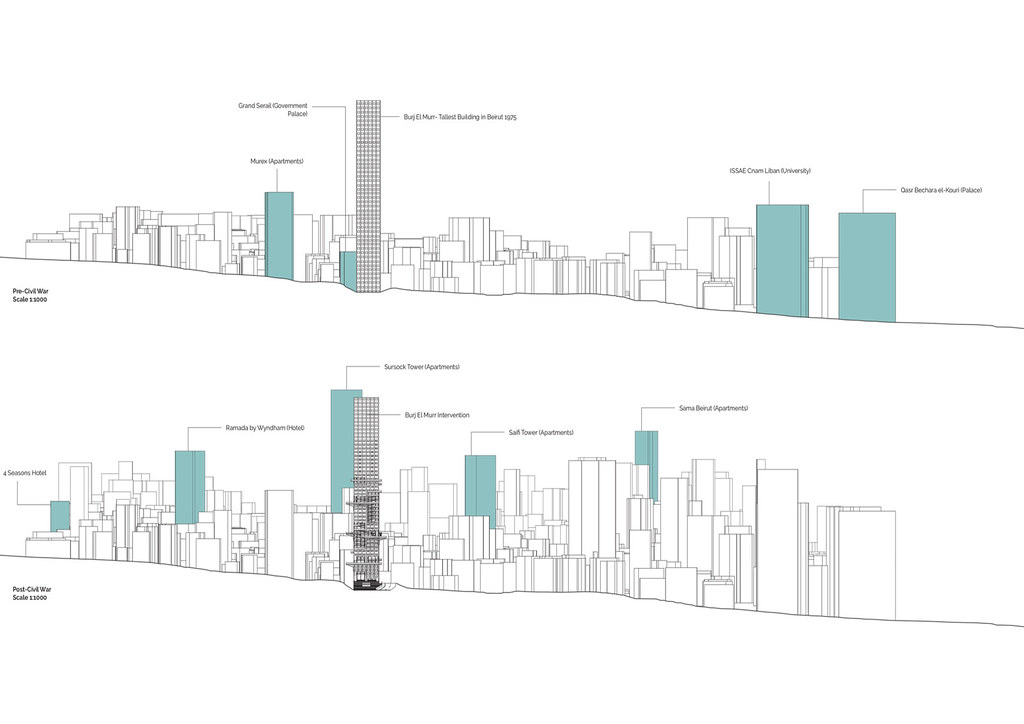 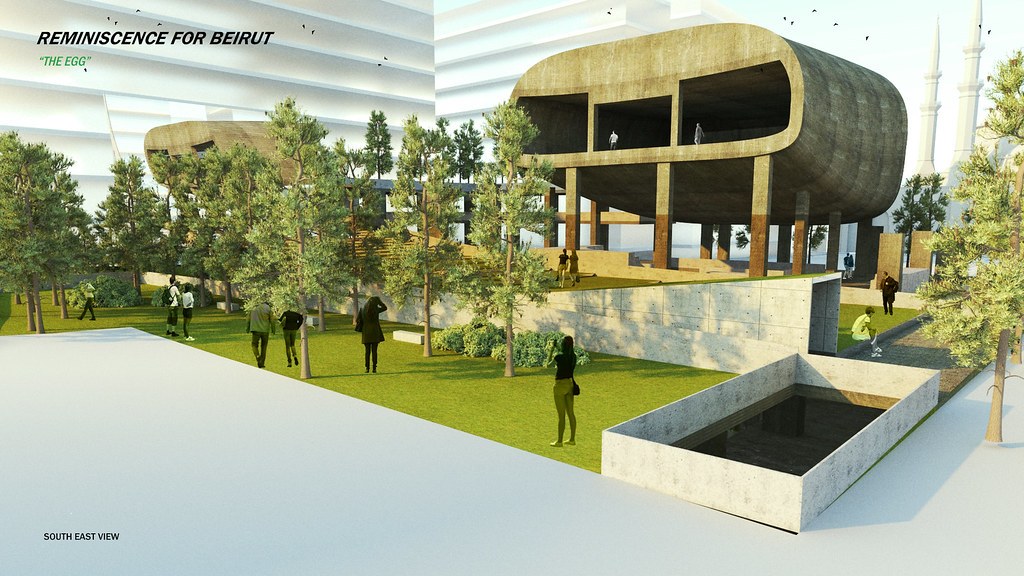 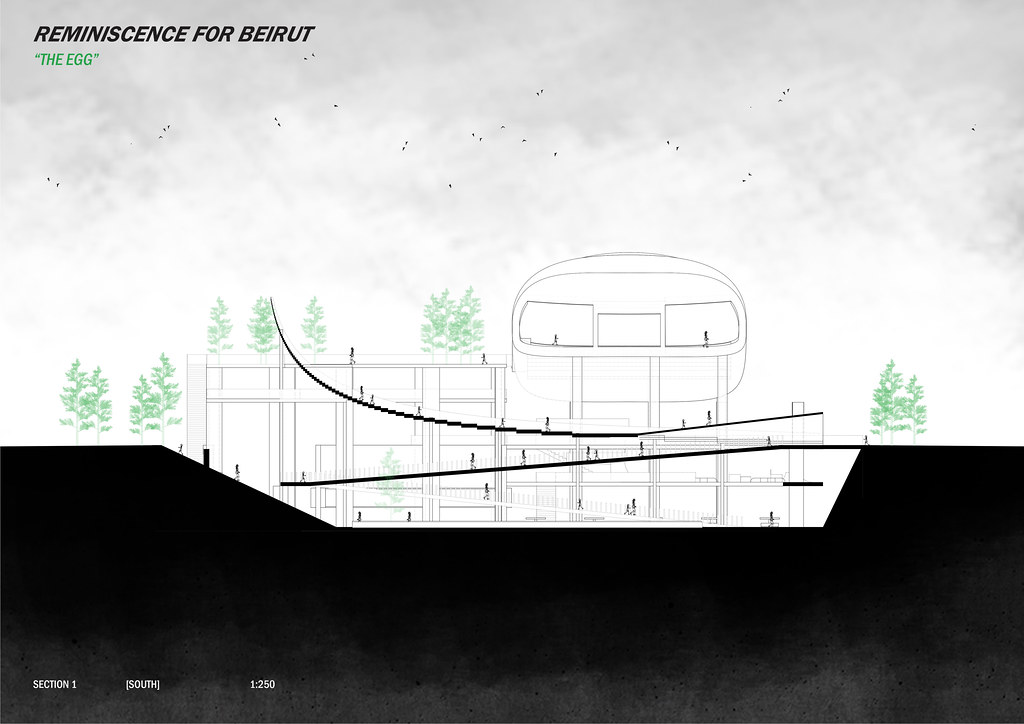 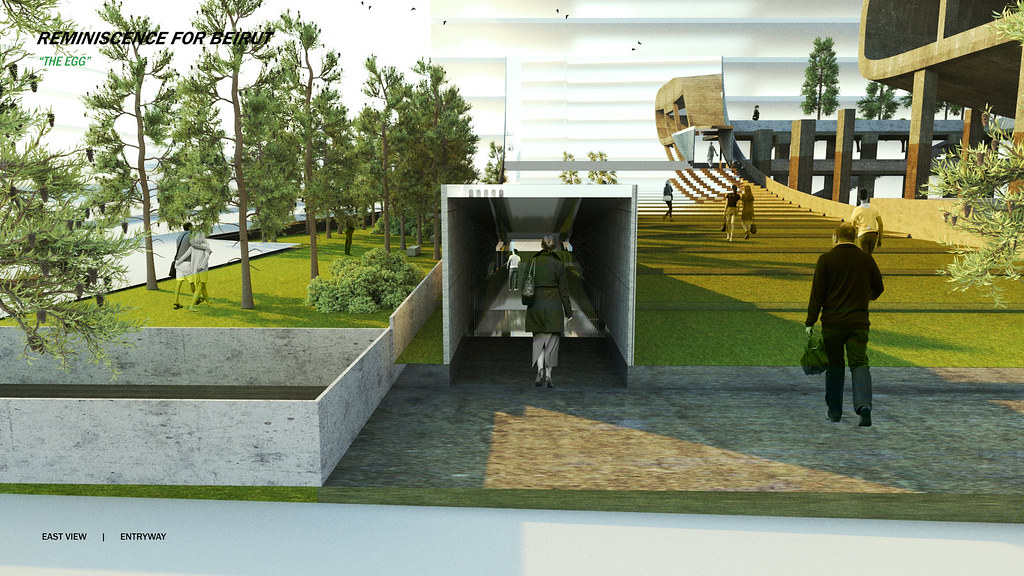 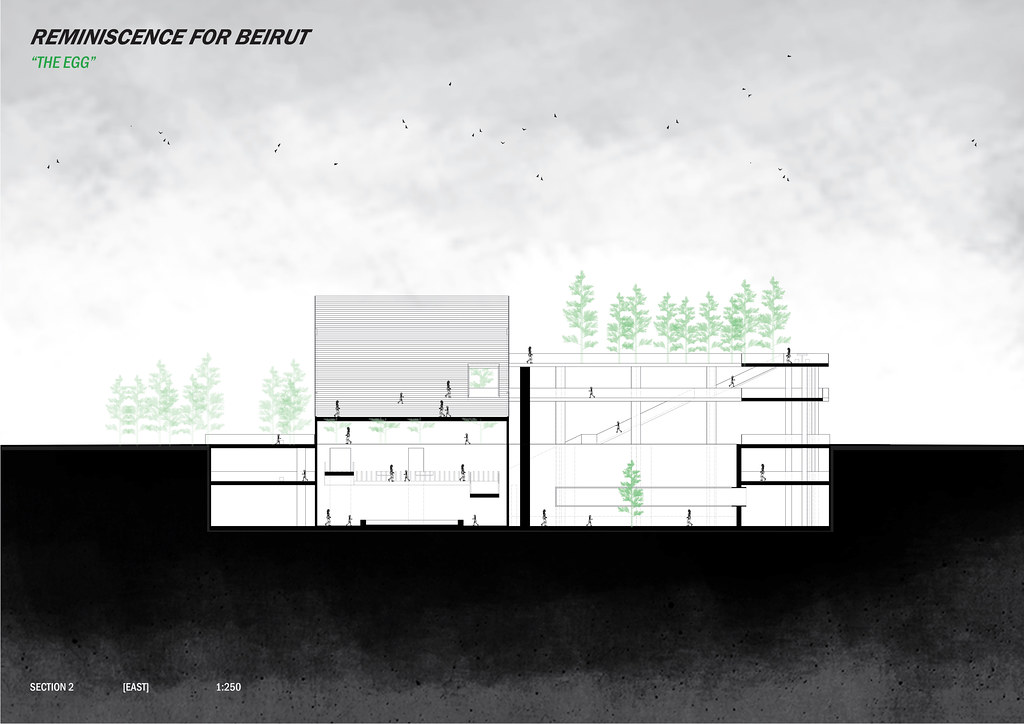 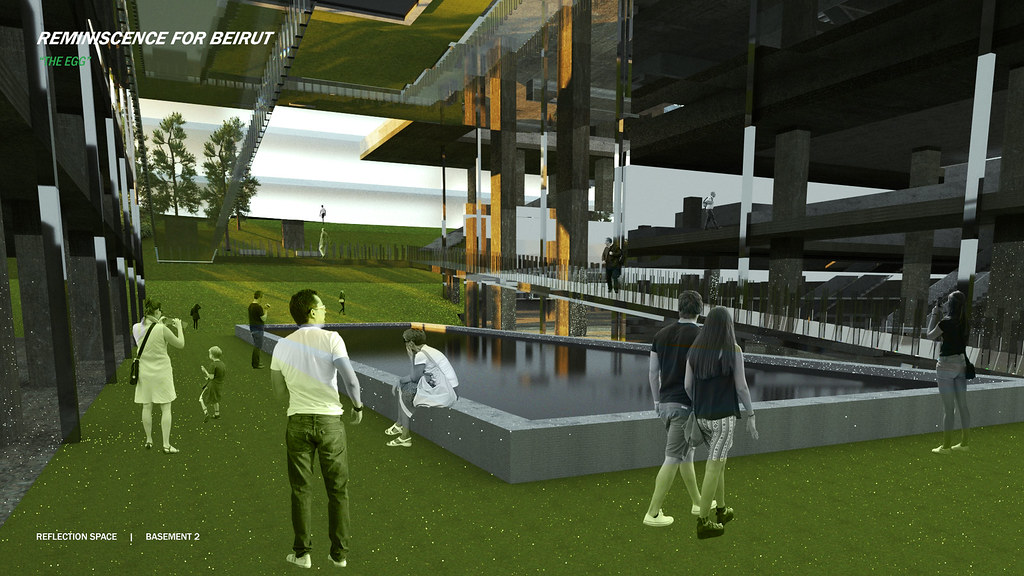