As we are entering a new geological era, the Anthropocene, where human-kind has caused mass extinctions of plant and animal species, polluted the ocean and altered the atmosphere, a rapid change in direction is urgently needed. These changes need to manifest in a new understanding of the relationship with the biosphere, new social constructs, resources [re]usage, modes of production and infrastructure.

The studio will borrow concepts of circularity from circular economies, which focus on economic systems aimed at eliminating waste and at the continual use of resources, and transpose it to architecture.

The students will be introduced to system thinking and challenged to propose synergetic systems where multiple programmatic functions coexist and thrive in feedback loops of cause/effect, input/output, production/consumption.

The concept of nature, historically largely conceived as a backdrop or overlay to the architectural project, will be re-introduced as active agent into the circular system.

As a response to such circularity, the students will be challenged to explore new architectural typologies through morphological and compositional explorations, hybridizing forms in the pursuit of creating new architectural ecologies.

The project will be designed and analyzed both in the now and 2 generations in the future, when the effects of climate change are dramatically tangible and affect everyday modes of living.

The project development will follow a series of four design exercises:

The exercises will focus on context , system design, geometry manipulation, aggregation and discretization through advanced 3d modelling in Rhino and algorithmic design in Grasshopper.

The studio will provide workshops to familiarize the students with system thinking, iterative design processes, form making and computational design. Rapid prototyping and physical maquettes will assist the project development. Students will be introduced to relevant architectural precedents.

Students will work individually or in groups maximum of 2. Site will be communicated at the beginning of the studio.

Each of the four Projects will be presented with drawings, diagrams, perspectives and physical models that illustrate how the architectural response enables and frames a full cycle of the circular system. 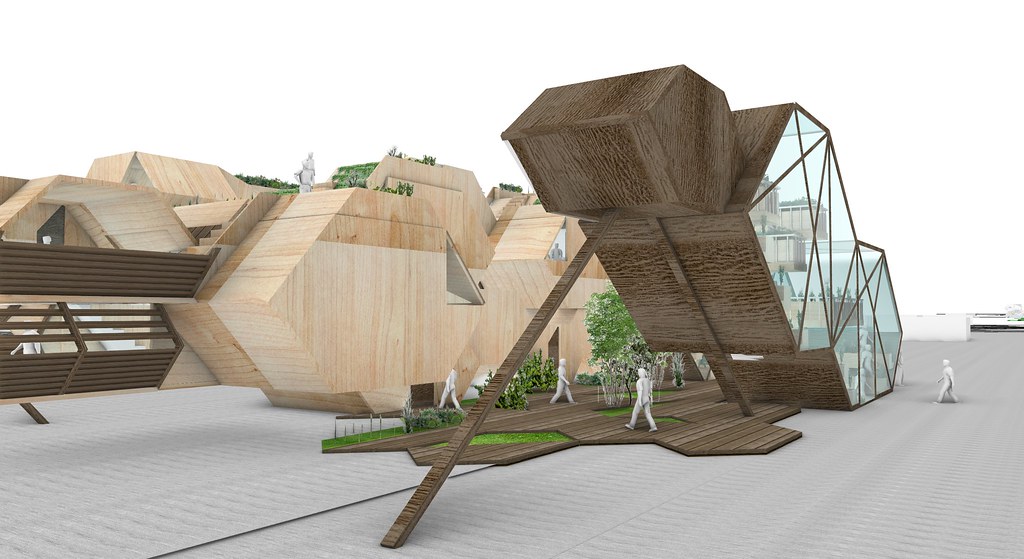 Uses hexagon geometry modulation which shape allows easy circulation when placed in modules. It is efficient and uses prefabricated timber modules allowing flexibility and adaptability to be increased or decreased over time. It combines a greenhouse and share house with private courtyard and roof garden that helps brings the outside environment inside and integrates nature within our everyday living and challenges it through new hexagon geometric spaces. 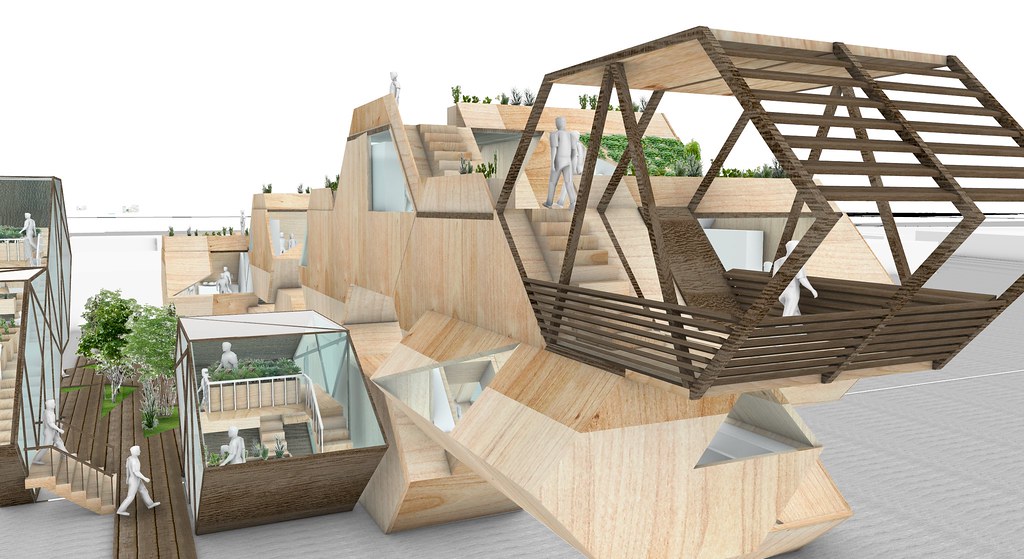 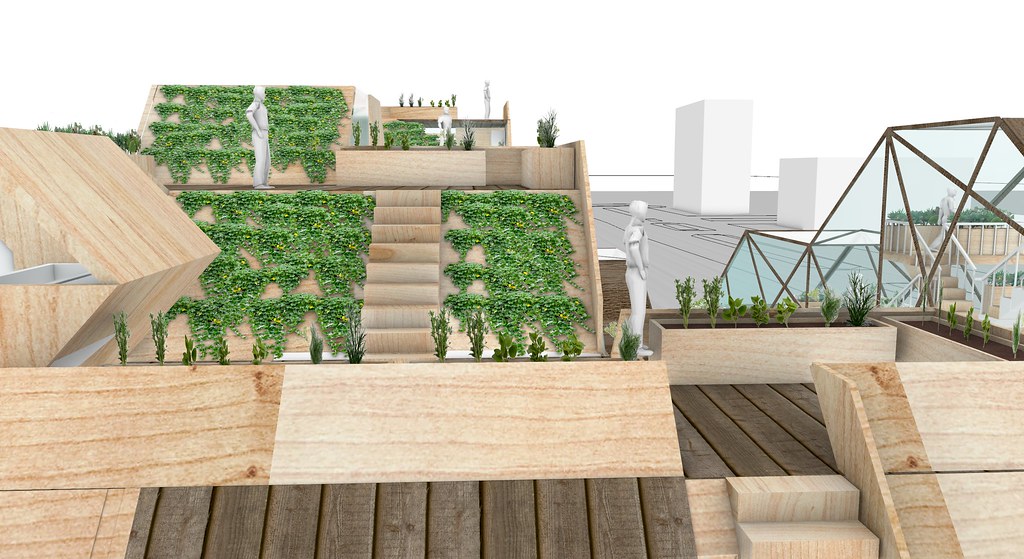 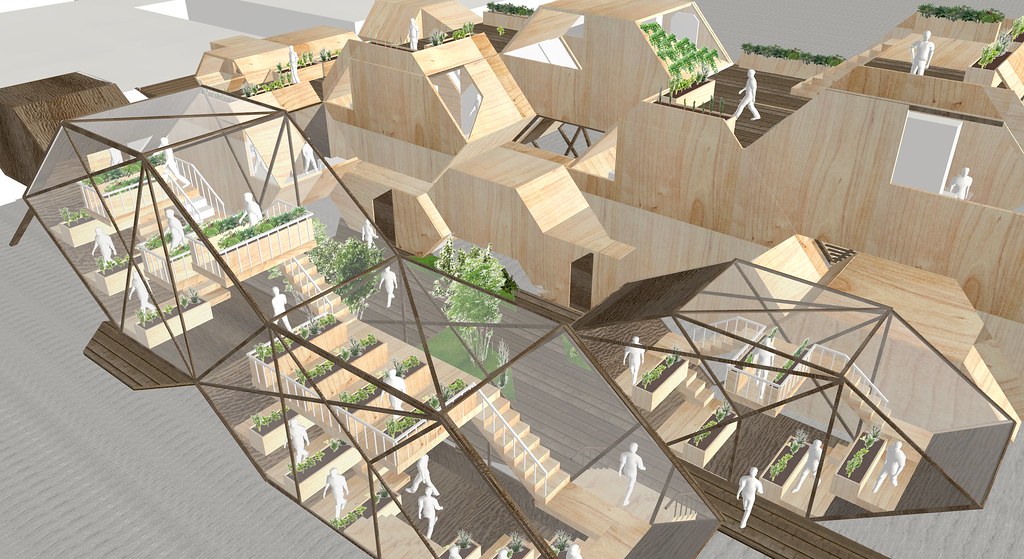 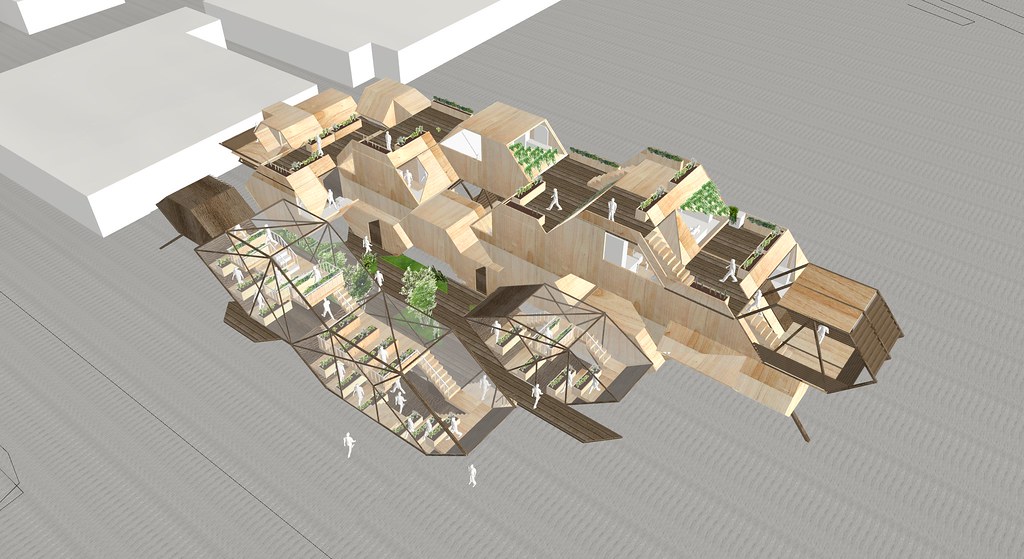