Supported by McCord Research, the overall aim of the Epigenomic Medicine Laboratory is to investigate the effects of dietary antioxidants and chromatin modifying compounds on the genome and epigenome.  While nutrigenomics is relatively widely-investigated, the discipline of epigenomics represents the merged science of epigenetics and genomics.  The ultimate aim of this exciting field is to map and unravel the biological and biomedical significance of epigenetic phenomena.  The term epigenetics was introduced by the British scientist Conrad Waddington in the 1940s to incorporate all of the factors controlling gene expression and cell differentiation.  It was derived from the virtually redundant Aristotelian word of epigenesis, which was used by the Hellenic philosopher to describe his theory of gradual and progressive developmental changes. Today, epigenetics is typically defined as inherited phenotypic changes that are not due to changes in gene sequence.  However, an expanded approach may be to refer to epigenetics as an integrative view of the cellular and molecular mechanisms governing DNA metabolic processes including transcription, replication and repair.

In the Epigenomic Medicine Laboratory we investigate the underlying molecular mechanisms of action of dietary antioxidants and chromatin modifying compounds by investigating effects on the genome and epigenome, in various chronic progressive conditions including cardiovascular disease and cancer, with a particular emphasis in diabetes and diabetic foot ulcers. The laboratory utilises a range of conventional methodologies including mammalian cell culture and in vivo studies and specialises in biomedical imaging with expertise in the analysis of DNA damage and repair.  We routinely perform experiments at the Australian Synchrotron (>1000 hours of imaging to date) in collaboration with Infrared Microspectroscopy beamline scientists.  The laboratory undertakes genome-wide sequencing experiments using services at the Australian Genome Research Facility, and perform bioinformatics analysis using commercially available Partek Flow software. Further, we have very well established collaboration for performing molecular modelling and molecular dynamic simulation studies.

Project: Topical wound healing formulations in the context of diabetic complications
The cutaneous wound healing process involves three overlapping phases: acute inflammation, proliferation and remodelling. The process involves different cell types, including cells of the immune system, keratinocytes, fibroblasts and endothelial cells, as well as many different molecular factors and cytokines. Immediately following skin injury, damage signals, both mechanical and chemicals, are sent out from damaged cells and blood vessels to other cells in the area. Damaged cells activate stress pathways, and also leak molecular signals such as damage-associated molecular patterns which indicate stress to other cells. Chronic ulcers which display delayed wound healing are a common complication of diabetes. The aim of this project is to investigate the effects of combinations of dietary antioxidants and chromatin modifying compounds in various cell lines including human keratinocytes, endothelial cells and fibroblasts in models simulating diabetes. Further, we utilise EpiDerm full thickness 3D models of human skin containing keratinocytes, fibroblasts and intact basement membrane for ex-vivo evaluation of our topical formulations in response to high glucose-induced stress.

Project: Synchrotron- and focal plane array-based Fourier-transform infrared chemical mapping as a diagnostic tool in wound care
Aberrant wound healing, as observed in the presence of co-morbidities such as diabetes, represents a major clinical problem.  To improve wound care, a better understanding of the cellular and molecular details of healing processes is required.  The aim of this project is to utilise Synchrotron- and focal plane array (PFA)-based Fourier-transform infrared (FTIR) chemical mapping develop predictive models of initial damage and molecular details of the wound healing process.  Studies are combined with conventional histological and immunofluorescence analyses to identify potential diagnostic markers.

Project: Molecular mechanisms of action of dietary antioxidants and chromatin modifying compounds
Controlled equilibrium between histone acetylation and deacetylation is essential for normal cell growth and perturbations in histone acetylation status have been associated with various diseases.   Therefore, histone deacetylase inhibitors have emerged as a new class of cancer chemotherapeutics and are being investigated in inflammatory models including asthma and diabetes.  The aim of this project is to investigate cellular, genomic and epigenomic responses to a wide variety of dietary antioxidants and chromatin modifying compounds, with a particular interest in the isothiocyanate, L-sulphoraphane. We have well-established experimental models of human disease and utilize a wide  range of methodologies as described above. 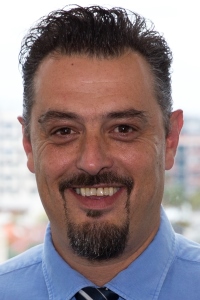