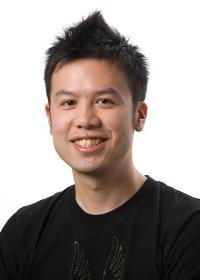 Nicholas completed his PhD in 2014, he is now working as a post-doctoral researcher at the University of Texas Southwestern Medical Centre in Dallas. This interview was originally published in 2014.

Nicholas has just finished his PhD, where he was a student in the Department of Medicine. His research was based on the heart's ability to repair itself and 'effective nerve growth factor' which is based on helping the heart regenerate after damage. He was situated in the Heart Failure Research Group at Baker IDI with one of his supervisors, Professor David Kaye. His other supervisor was Professor Nadia Rosenthal from Monash University.

What was your PhD about?

The reason why people develop the condition known as heart failure (where the heart does not pump as efficiently) usually results from damage to the heart from a heart attack or high blood pressure, which is widespread in the population. In a heart attack you might lose a billion heart muscle cells. The human heart lacks the ability to replace all those lost cells, so it does something else. The heart produces a space filler called fibrosis which is essentially a bunch of collagens and proteins that lay down to fill that space. Initially that is beneficial because it mends the damage but gradually with time it becomes maladaptive because the different collagen subtype produced stiffens up the heart, making it difficult to contract effectively.

My PhD used the zebrafish which is a very highly regenerative animal, to test the effectiveness of nerve growth factor on a heart. Earlier researchers found that if you remove 20% of the ventricle from the heart of a zebra fish, that heart will regrow back to its original healthy state within 60 days. So I used the zebrafish to study heart regeneration and the effect that nerve growth factor will have on it.

We found that first, nerve growth factor enhances heart regeneration in zebrafish; and second, we were able to confirm that this effect can also occur in mammalian hearts (mouse hearts). Third, we found a potential genetic pathway that might be activated to facilitate that process.

What is your plan now that you have finished your PhD?

I’m planning on finding a post-doctoral position, I’m hoping to find one overseas just to diversify my experiences and learn some new techniques, and network with some people abroad.

What kind of advice would you give to someone who is starting their PhD?

I think there are probably a few considerations. You should go for a topic that really interests you because what is most likely to happen is that you’ll get disappointments along the way, whether your experiments don’t work, or other factors. For me, the only thing that kept me going was to say “no I really like this topic”, and even though I had some failed experiments I was determined to find solutions and try and make it work.

Who were your supervisors?

David Kaye was one of my supervisors. He provided a lot of intellectual support, even at times when I thought that my data weren’t very interesting he would find a way to show me that they were actually very relevant. I also had another supervisor out at Monash, called Nadia Rosenthal and she is at the Australian Regenerative Medicine Institute. So it’s actually quite an interdisciplinary collaboration.

Was your experience quite different to what you thought doing a PhD would be?

Yeah, I was quite naïve at the beginning, thinking that I’d be done in 3 and a half years but obviously it took a lot longer. But I think it has really developed me, professionally, intellectually and on a personal level. It is definitely character building! It was a lot more challenging than I expected.

What was your first ever job?

I worked at Myer!

What is your favourite place in the world?

There are too many! I love Europe in general though.