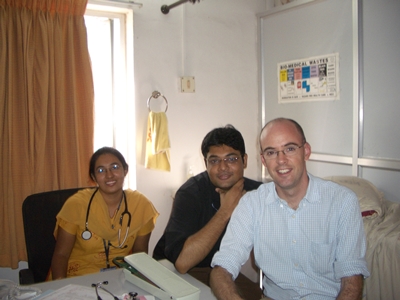 Can you explain what your PhD was about?

My PhD was accepted in 2013 and it was around clinical research in HIV, so I did a series of different studies and they were in a couple of different locations. I did two studies in Tamil Nadu in India, and there was a lot of interest around that time about the treatment for HIV, which is antiretroviral drugs, being provided in a public health model of care, which means it’s being provided for free and largely along national pre-determined treatment protocols. This is a model for provision of antiretrovirals in many low to middle income countries, versus a more individualised model of care in higher income countries. The public health model is therefore a different model of providing HIV care and it’s been very successful throughout the world in allowing people to access antiretroviral therapy. Anyway this public health model of care had just commenced in India at that time sothe studies were aimed at identifying people who would be at risk for poor treatment outcomes, so looking at factors you could establish in the clinic like their social situation, demographic and clinical factors which could predict if their treatment might fail and could potentially be targeted for interventions. That was one area, and another area wasmeasuring adherence to the antiretroviral treatment. So, a way of assessing that was assessing if patients were taking their pills on time. We used in clinic data and pharmacy data, which looked at whether patients came back before their pills ran out, so their ability to always have a continuous supply of medications. And we showed that yes, if they don’t have a continuous supply, they’re more likely to have virus detectable in their blood and therefore be at risk of treatment failure. 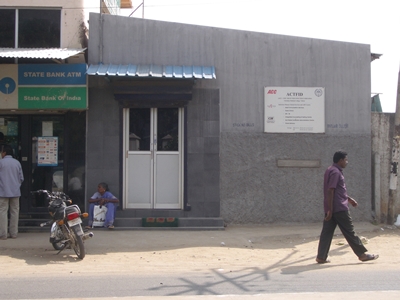 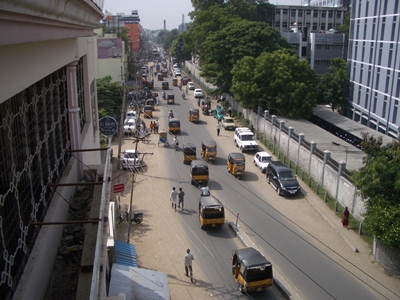 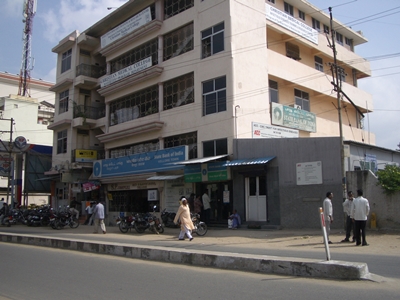 The other studies were done in the United States because I was based there for a part of my PhD at Tufts Medical Centre in Boston, where there is a large prospective cohort of people with HIV that has been followed for many years. Again, the focus was on trying to identify what social factors could predict which individuals in this cohort would have poor outcomes on treatment. We studied factors that predict survival, so we had things such as being insecure with housing, or having insecure food supply, along with other clinical factors. We also did a separate study specifically with this idea of food security. Food insecurity looks at the concept of not having a reliable and regular source of food. We established how food insecure people who are food insecure have poor outcomes, despite being on treatment and it raised a series of questions about the mechanism of this link. I then did a group of systematic reviews which continued to look at predictors of different outcomes on people with HIV on anti viral treatment in high income countries and low income countries.

Was it difficult to complete the whole project?
Well there are a lot of steps involved when you are doing these kinds of projects, for example: designing the study, writing the protocol and study procedures, completing ethical review. There are other things that make it trickier to get a project done overseas such as getting agreement form different stakeholders, completing ethical review at multiple sites but the advantage is that, you end up potentially having research of higher impact because there isn’t as much research in that setting, so if you can provide some information and data it can be really valuable. The reality is that, the way treatment might work in one clinical or social context, could be quite different to settings you are more familiar with so your research can end up being really valuable.

What was your favourite part of doing your PhD?
I enjoyed going to India, it was a great place. It is a fascinating place, its colourful, it has great food and lovely people and I had really positive research experience at CMC in Vellore so I really enjoyed that. I also really enjoyed my experience of living in the United States too. I say this to many people, you can do good research in Australia, you don’t have to go overseas, but there’s no doubt that you get a wealth of different experiences when you go away. Personally and socially you gain the ability to live in different places and meet different people, develop collaborations that last a long time, and even working in different systems and being able to fit in and adapt. I think it is a really positive experience going overseas for research.

Did you find it hard to recruit people for your studies?It changes, for example in this one clinic in India and there were roughly 1000 people on treatment and that was actually not a particularly large treatment clinic by local standards. In Australia there are about 5000 people with HIV in Victoria of which there would be 800-1000 at the Alfred, and there would be 800 or so at a few other major sites in Melbourne. You might have a very big site by Australian standards like the Alfred with say 1000 people, a lot of those people can’t be recruited for a study because of a range of different issues such as a larger number of potentially competing studies, people travelling from longer distances to the Alfred, but in the study site in India there was roughly 1000 people accessing care, many of which lived quite close to the clinic. Also the study did not require extra visits for the patients and did not take a large amount of time to be involved. The study was well supported by the staff in the clinic so in the end we were able to recruit all the people we were aiming for. I suppose I was very lucky to be in that environment for my PhD work and am very grateful for all the help I received.

What are you doing now after your PhD?
I’m doing more studies in HIV clinical research and also clinical work, looking after people with HIV, both of which I really enjoy. My clinical research focus at the moment is actually trying to understand the number of people retained in HIV care and the number of people disengaged from care or transferring care to different locations. There has been increasing interest in understanding the number of people that have access to and receive HIV care and treatment as we know that if people receive treatment they do well and antiretroviral treatment has also been shown that it can help prevent the onward transmission of HIV. A lot of work understanding the number of people retained or lost to HIV care has occurred  in low income countries for many years and and it’s only become a greater focus in higher income countries more recently. I’ve developed collaborations in Victoria to try and make estimates of the number of people who are in care, are lost to care or who have transferred their care elsewhere. We will also try to reengage people in HIV care who have left care and understand why people do actually leave HIV care.

What piece of advice would you give to someone starting their PhD?
A PhD seems daunting initially, but I wouldn’t be too daunted by it. I think the critical thing to do when doing a PhD, and to enjoy it, is to be practical about what you want to get done. When you start it you think, ‘oh I have years to do this’, but the reality is that research can be complex and take a long time, so having a project that you can see finishing is important. Also, having good mentorship and support throughout which I was lucky enough to have both in Australia and the US.